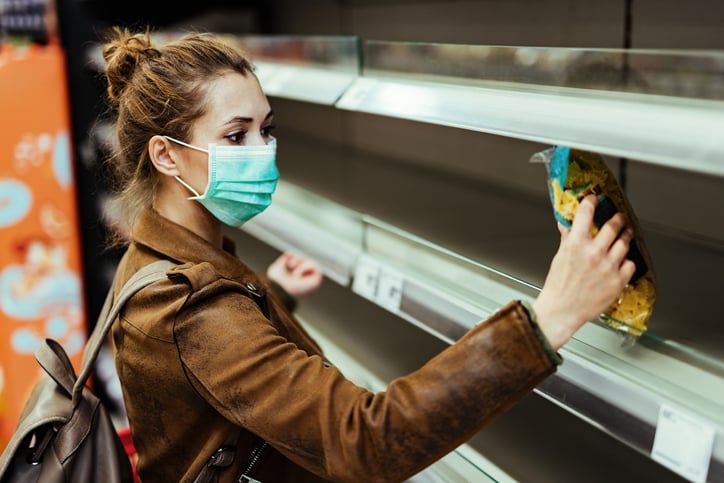 Many stimulus checks were spent on basics, which highlights the need for a second payment that may, unfortunately, never come.

In late March, the CARES Act was signed into law to provide relief during the coronavirus crisis. One of its most notable provisions was the direct stimulus payments it provided. Single tax-filers with an income of $99,000 or less, and joint filers with an income of $198,000 or less, were eligible for some amount of stimulus cash. Payments topped out at $1,200 per adult and $500 per dependent child under the age of 17.

At this point, millions of Americans have received their stimulus cash, and data from the U.S. Bureau of Labor Statistics (BLS) reveals that money has indeed served as a lifeline for many of the folks who have gotten it. It also demonstrates the absolute necessity of a second round of stimulus checks, despite the fact that it's by no means guaranteed.

How have Americans been spending their stimulus money?

Digging deeper, we see that:

Additionally, of the 48% of respondents who have suffered a loss of income since March 13, 81% reported using their stimulus cash for living expenses, as opposed to debt payoff or savings purposes. All of this tells us one thing: Those stimulus payments were truly a lifeline for the majority of Americans. The fact that a second one has yet to go out will worsen an already dire situation.

For another round of direct stimulus payments to go out, lawmakers need to come to terms on a second COVID-19 bill that gets passed into law. And so far, negotiations have been deadlocked.

Democrats and Republicans are divided on a number of key issues ranging from unemployment to rent and mortgage assistance. And Republicans are looking to spend a lot less on a relief package than Democrats think is necessary. All told, lawmakers have been trying to negotiate a deal since the summer, and so far, they've failed to come to terms on a proposal that works for both parties.

Sadly, the one issue both sides did initially seem to agree on was a second stimulus payment. But without a signed relief deal, a second round of checks can't go out. Furthermore, Republicans recently released a slimmed-down version of their relief bill that did not include a stimulus payment. And while that so-called "skinny stimulus" failed to move forward in the Senate, it did indicate that direct payments may no longer be a priority.

What if there's no second stimulus payment?

At this point, Americans need to come to terms with the fact that we may not see a second stimulus payment at all. If that's the case, those who are struggling financially should seek aid wherever it's available, whether in the form of rental assistance, mortgage forbearance, or food benefits. Even if lawmakers do end up agreeing to a relief bill that includes another stimulus payment, at this point, that second check could be weeks away, so anyone in need of relief should pursue it immediately.