Here's What President Trump Wants in the Second Stimulus Bill 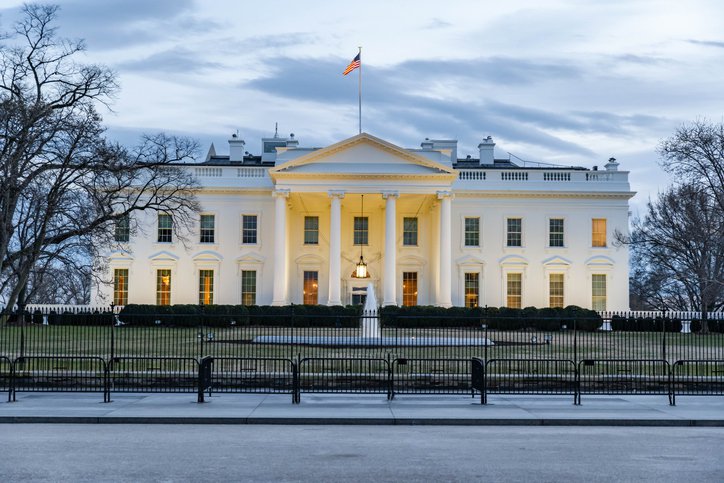 He really wants a second round of stimulus checks, for starters.

As the country wades through both a global pandemic and a recession simultaneously, 2020 hasn't been an easy year. The CARES Act provided some temporary relief, but the boost in unemployment and the $1,200 stimulus check are both long gone.

Now, it's up to Congress to agree on a second stimulus bill for some much-needed coronavirus financial relief. Unfortunately, Senate Democrats and Republicans have arrived at a stalemate and negotiations have all but fallen apart. To make matters even more pressing, the Senate is scheduled to break on Oct. 9 until after the election. In a rare turn of events, President Trump appears to be encouraging conservatives to inch toward the spendier stimulus plans proposed by the Democrats.

Here's what you need to know about the stimulus plans currently on the table and where President Trump stands.

Stimulus plans that are currently on the table

In May, the House Democrats passed the $3 trillion Health and Economic Recovery Omnibus Emergency Solutions Act, or the HEROES Act, to provide a second wave of economic relief. The bill was blocked by Senate Republicans who want something with a smaller price tag.

Since then, various members of the Senate and House have proposed their own plans in an attempt to reach a compromise. Here's what each party came up with.

Trump has been vague about what exactly he wants to see in the second stimulus bill, but to the surprise of some, he has been urging Republicans to pass a stimulus bill that's on the larger side.

He tweeted in mid-September, "Go for the much higher numbers, Republicans, it all comes back to the USA anyway (one way or another!)." He didn't specify how high he wanted Republicans to go, nor did he endorse the Democrats' current plan. Press Secretary Kayleigh McEnany clarified in a press briefing later that day that Trump's call for "higher numbers" referred to Mitch McConnell's $500 billion "skinny" stimulus bill.

McEnany suggested that Trump could support the $1.5 trillion bipartisan plan proposed by the Problem Solvers Caucus, with a few caveats -- namely, that it shouldn't include bailouts for states that "didn't have COVID-related issues."

She also stated that he's "very keen" the bill should include direct stimulus payments. Approving another round of stimulus checks would be an easy way to gain support just weeks before the election.

In fact, Trump is so "keen" on another round of stimulus checks, he tried to redirect $300 billion in unused coronavirus relief funds toward paying out the checks himself. However, this action requires congressional approval, and Congress has yet to reach an agreement.

Following Trump's tweet, Pelosi released a hopeful statement about negotiations, saying that his urging Republicans to "go for the much higher numbers" was encouraging. She continued, "We look forward to hearing from the President's negotiators that they will finally meet us halfway with a bill that is equal to the massive health and economic crises gripping our nation."

Meanwhile, struggling Americans have begun to give up hope that a stimulus check will arrive in their bank accounts any time soon. Here are some options to explore if you are finding it hard to make ends meet.