Here's Why Costco Gas Could Get $0.18 Cheaper Per Gallon 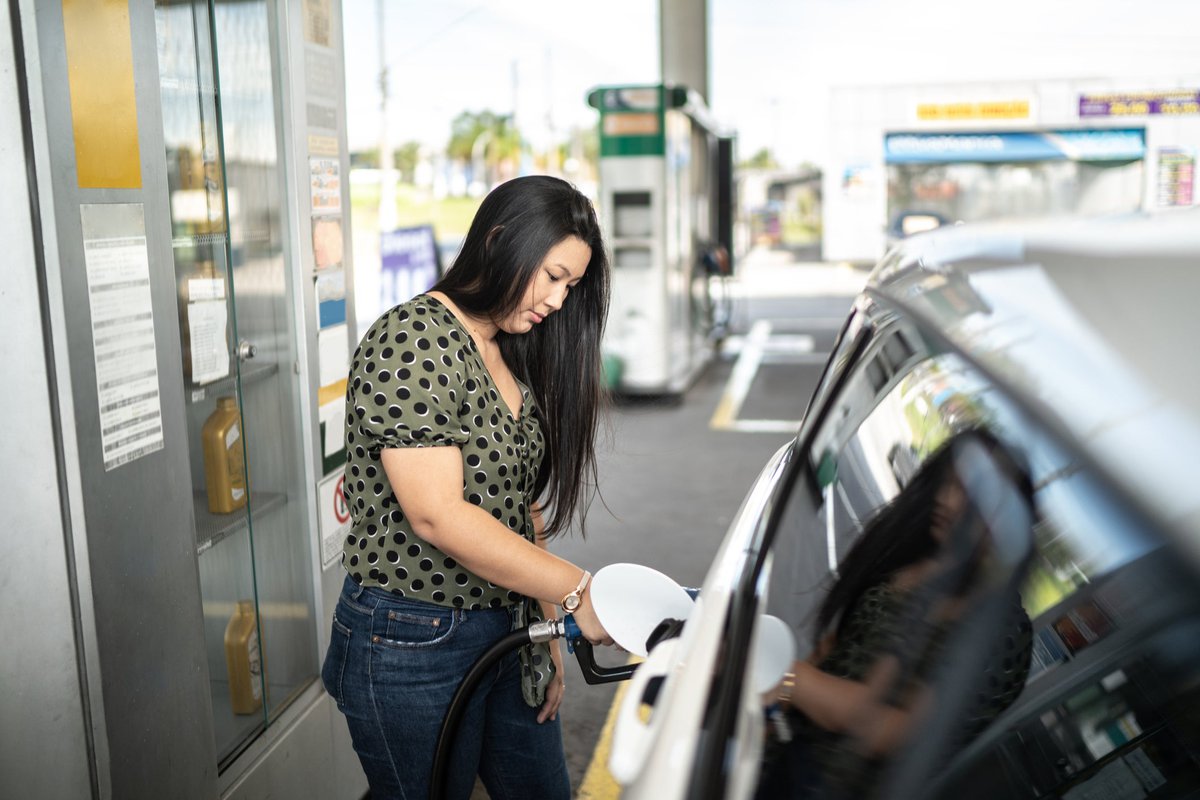 Will your Costco gas soon cost you less?

In 2021, Costco sold around $17 billion worth of gasoline, according to the company's chief financial officer. Gas is a big seller at the discount retailer because prices at the pump tend to be lower at Costco than those charged by many competitors.

And those prices could soon fall even further, if President Joe Biden can convince Congress to pass his proposed gas tax suspension. Here's what you need to know about how the price of gas could go down at Costco if the president's plans come to fruition.

This week, President Biden put forth a proposal to suspend the collection of the federal gas tax for a three month period of time. The tax is around $0.184 per gallon on gasoline and $0.244 per gallon on diesel fuel.

The president not only has urged Congress to take action to pass a bill granting this relief, but he has also called upon states to suspend their own gas taxes as well. Depending on the state, these additional local taxes can add an additional $0.25 per gallon to the price of gas. That means in states with high gas taxes, the suspension of both the federal and state tax could save consumers as much as $0.434 per gallon.

There is some debate about whether the full amount of savings from a suspended gas tax would be passed on to consumers. But since cheap gas is a feature at Costco, it's likely that the retailer would do its best to allow consumers to benefit for most or all of this savings since Costco likely wants to remain one of the cheapest places around to buy gas.

Will Costco shoppers get this big break on gas prices?

If the federal government and state governments take action to suspend the gas tax, Costco shoppers could expect to save some money per gallon. But it is far from a given that Congress is going to authorize the suspension of the gas tax that President Biden has requested. And many states may also decline to act as well.

The gas tax suspension would drain the Highway Trust Fund by as much as $10 billion on the federal level. This would affect spending on infrastructure at a time when roads and bridges throughout the country are aging and badly in need of repairs and upgrades.

There are also concerns that lowering the price of gas artificially by suspending the gas tax would drive up demand at a time when supply is limited. This would only serve to exacerbate the current conditions that are leading to high gas prices in the first place.

And, some lawmakers don't believe that saving $0.184 cents per gallon for a few months would make a meaningful difference to people when the average price for a gallon of gas now tops $5.

Since both Democrats and Republicans are skeptical about the prospect of a gas tax suspension, it's unlikely that policymakers will act to put this financial relief in place. Still, some state governments may act independently or Congress may feel pressure to move forward as there are few other solutions for bringing down gas prices. This means it remains a possibility that Costco gas costs could fall in the near future.

In case it doesn't, though, consumers may want to look for other ways to save on gas such as using the right credit card to buy it, carpooling when possible, and shopping around to make sure Costco really is the cheapest gas source in the area.

Christy Bieber has no position in any of the stocks mentioned. The Motley Fool has positions in and recommends Costco Wholesale. The Motley Fool has a disclosure policy.
Many or all of the products here are from our partners that pay us a commission. It’s how we make money. But our editorial integrity ensures our experts’ opinions aren’t influenced by compensation. Terms may apply to offers listed on this page.