How This Entrepreneur Grew Her Income 10x in 4 Years 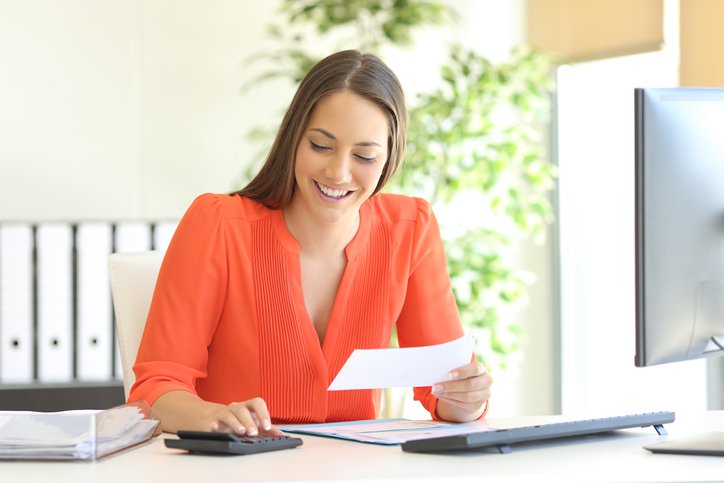 Even the most meteoric rise starts with a strong foundation.

When facing down high levels of debt, the first thing most folks do with their personal finances is look for ways to cut their expenses. But even the most frugal budget in the world requires a certain amount of income. So, like it or not, the best way to pay off debt can often come down to making more money.

A few years ago, Dannie Fountain was facing around $165,000 in debt, primarily from credit card debt and education expenses. And while she had a modestly successful business, her path to debt freedom required more than just cutting expenses; she needed to boost her income.

And she succeeded. In just four years, Dannie grew her business, took on another full-time job, and found a variety of little ways to add to her bottom line -- and decrease her debt.

Today, Dannie is completely out of debt and saving her way to a well-funded retirement. While she attributes some of her debt success to cutting expenses and living frugally, it was increasing her income that let her pay off six figures' worth of debt in just a few years.

13 years of entrepreneurship built a steady side hustle

One of Dannie's most reliable sources of income over the years has been her business. Even today, a fifth of Dannie's income comes from her own business, a consulting and training company, dubbed Focused on People, that began its life more than a decade ago as a high school freelancing job.

Before she could even vote herself, Dannie had a freelance job encouraging young people to vote -- a task that isn't easy for even seasoned campaign experts. While her brief stint in politics didn't inspire a life of public service, it did give Dannie a crash course in marketing -- and a taste for freelancing.

She took her new skills and ran with them. "When I left for college, my business was primarily resume and marketing consulting," she said. "I built a steady side-hustle income from there, scaling my business over time."

When she was finally ready to face down her six-figure debt, the income from her business went a long way towards paying off big chunks, particularly her high-interest credit card debt. Of course, it took more than a small business to tackle $165,000.

Simple income additions can make a lot of cents

Cutting expenses can help quite a bit -- especially when paired with what Dannie calls "zero-dollar swaps." By adding a few small income sources (more micro hustles than side hustles), Dannie is able to keep her grocery, clothing, and subscription budgets at a minimum -- often a $0-a-month minimum.

For example, Dannie is a big proponent of a site called User Interviews that connects market researchers with consumers. By spending around half an hour a week completing surveys and offering feedback, Dannie earns enough in Amazon gift cards to pay for most, if not all, of her groceries. She also uses platforms like Poshmark and PayTime to cover other regular expenses.

All in all, Dannie says she earned more than $3,000 a year with her micro hustles, income she was able to funnel into debt repayment. Along the way, she was also building good financial habits that she can carry on well into the future.

As successful as her money-saving habits and side hustles were, however, it was Dannie's new day job that helped kick her income into overdrive. And that's not surprising; in 2017, Dannie got a job at Google, an aspirational destination for workers of all kinds.

But while a good portion of her personal debt came from the expense of getting her degrees, Dannie doesn't credit her academic experience with her job at Google. Despite degrees in marketing and human resources, Dannie's first role at Google was in sales.

"My coworkers in sales have degrees in theatre or english and are even fighter pilots and former olympians," she revealed. "I actually joked in my interview that I wasn't a salesperson. The interviewer said, 'Well how did you put food on the table as an entrepreneur then?' Touché."

Dannie tackled her job at Google with the same work ethic she used to build her own business -- and it paid off. Just two years after starting with Google, Dannie was able to take her savings, a vested equity grant from her job at Google, and income from her small business to pay down the bulk of her debt. A little over a year after that, she paid off the rest.

In the end, Dannie's ability to boost her income came down to sheer determination and a lot of hard work. Though her degrees may have helped open some doors, it was arguably the small business she built over more than a decade that gave her the real-life experience and skills she was able to leverage into an amazing job.

And through it all, she kept up that business, added in a series of micro hustles, cut expenses, and educated herself on saving and investing.

"Today, about 25% of my Google income goes to retirement savings, between a 401(k), Roth IRA, and brokerage account," she said. "I do no-spend weeks and low-spend months. The only money-saving habit I really gave up once I was debt free was avoiding general needless spending -- I have no qualms getting an Uber or paying a little more for organic groceries."

It just goes to show, even if you think your side hustle isn't enough to make a difference, you never know where it could lead. The skills you learn as an entrepreneur could turn into a career you never expected.

John Mackey, CEO of Whole Foods Market, an Amazon subsidiary, is a member of The Motley Fool’s board of directors. Suzanne Frey, an executive at Alphabet, is a member of The Motley Fool’s board of directors. Brittney Myers has no position in any of the stocks mentioned. The Motley Fool owns shares of and recommends Alphabet (A shares), Alphabet (C shares), and Amazon. The Motley Fool recommends Uber Technologies and recommends the following options: long January 2022 $1,920 calls on Amazon and short January 2022 $1,940 calls on Amazon. The Motley Fool has a disclosure policy.
Many or all of the products here are from our partners that pay us a commission. It’s how we make money. But our editorial integrity ensures our experts’ opinions aren’t influenced by compensation. Terms may apply to offers listed on this page.