In Major Reversal, Trump Says He Wants Bigger Stimulus Package Than the Democrats 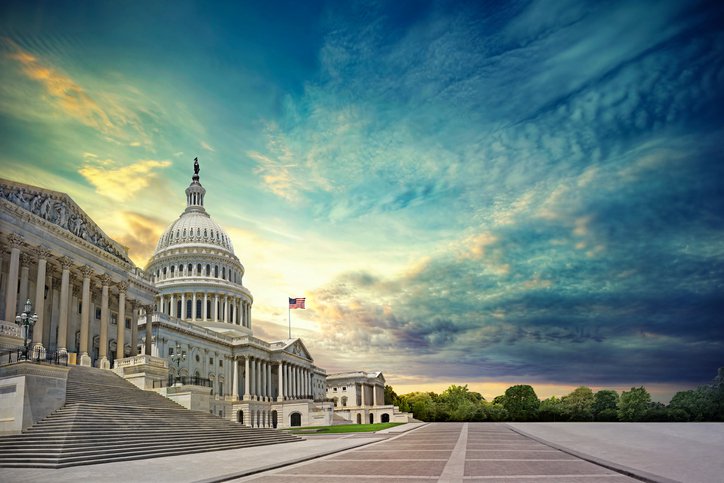 President Trump has changed course on stimulus plans, but will this up the odds of a second stimulus check?

Lawmakers have been debating additional coronavirus stimulus relief for months and failed to reach an agreement. One major sticking point has been the price tag of the relief legislation.

Leading Democrats have repeatedly indicated they will not accept piecemeal bills, nor will they accept small-scale legislation that does not address the full scope of the problem. Republicans, on the other hand, have stressed the importance of fiscal restraint. The Trump administration previously signaled it would not support a bill costing more than $1.5 trillion.

However, in recent days, there have been signs from the White House that the administration was wavering on this upper limit. Treasury Secretary Steve Mnuchin offered a $1.6 trillion bill days ago and unveiled a $1.8 trillion plan on Friday. President Donald Trump, however, took a very different position on Friday afternoon. Speaking to radio host Rush Limbaugh on his program, Trump said “I would like to see a bigger stimulus package, frankly, than either the Democrats or the Republicans are offering.”

This reflects a major reversal on the part of the country's top Republican, especially after Trump announced earlier this week that he would call off stimulus negotiations. He subsequently changed course and said the administration was interested only in targeted relief including a second coronavirus stimulus check, help for small businesses, and assistance for the airlines.

The Democrats have unveiled a $2.2 trillion relief bill in recent days. But this latest bill was a scaled-down version of the HEROES Act, which carried a price tag of more than $3 trillion. This was passed by the Democrat-controlled House of Representatives months ago.

When Trump expressed a preference for a bigger stimulus package, it was not immediately clear which package he was referring to. It could have been the latest iteration of the Democrats' proposal or the larger bills they have put forth in the past.

Adding to the confusion, the White House Communications Director, Alyssa Farah, told reporters that the administration would prefer to keep any stimulus package below $2 trillion. That's below any current offers the Democrats have put on the table -- and well below the $2.2 trillion minimum that leaders on the left have indicated they are willing to accept.

Trump appeared to indicate that he was revealing his true preference for large-scale relief to Limbaugh, saying: "I’m telling you something I don’t tell anybody else because maybe it helps or maybe it hurts negotiations. I would like to see a bigger package.”

If the Trump administration is indeed willing to raise the price of a relief bill above the $2.2 trillion offer the Democrats have put on the table, this would be a major breakthrough. And one that could cause the president to find consensus with those on the left. However, Senate Republicans have long been uneasy about any stimulus bill that has a cost of over $1 trillion. It's not clear whether Republican Senate Majority Leader Mitch McConnell would be willing to put such a costly bill up for a vote in the Senate.

However, Farah did tell reporters that Trump might become directly involved in negotiations. This could serve as the necessary catalyst to bring Republicans on board with a larger bill. In turn, it would remove one of the key obstacles to a consensus relief package -- if they could agree on a price tag, the bill might get broad support and make it to the president's desk.

Ultimately, there's very little time before the election, and Trump's statements in recent days have been a little inconsistent. Americans should not count on getting more money in their bank accounts from Washington any time soon, despite this stunning reversal on the part of the president.