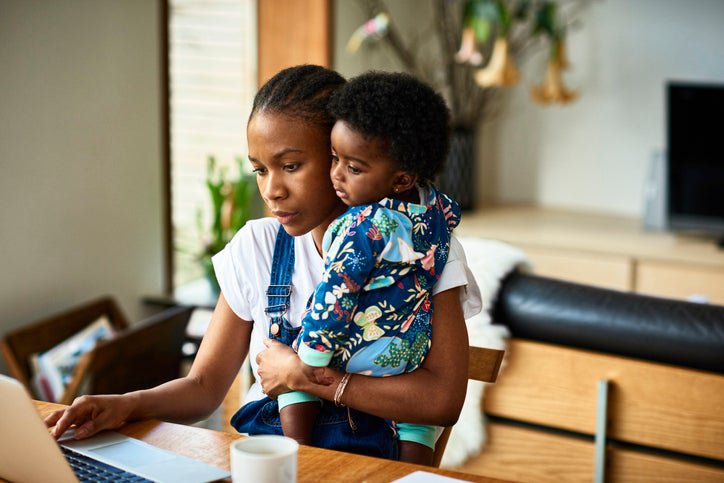 Now, families can sign up for this lucrative tax credit even if they're not filing a tax return.

The American Rescue Plan, which was signed into law in mid-March, did a lot to help people recover from the financial blow the pandemic dealt. In addition to putting $1,400 stimulus checks into recipients' bank accounts, it also boosted unemployment benefits by $300 a week and expanded the Child Tax Credit.

Before the American Rescue Plan, the Child Tax Credit was worth up to $2,000 per child under the age of 17. It's since been expanded so that for the current year it's worth:

The Child Tax Credit will also be fully refundable this year, which means that a family with one 5-year-old child, for example, could be in line for a $3,600 payday even if that family has no tax liability. Previously, only a portion of the credit was refundable.

Not only is the Child Tax Credit changing this year, but eligibility for it is changing. It used to be the case that the only way to claim the Child Tax Credit was to do so on a tax return. But now, the IRS has opened up a new portal for non-tax-filers so that they too can get a piece of the pie.

A lifeline for non-filers

Some low-income families don't have to file a tax return. But they previously would have lost out on the Child Tax Credit by not taking that step.

Not this year, though. Thanks to the new IRS portal, non-filers can register for the Child Tax Credit online.

To sign up with the IRS, non-tax-filers will need to submit their:

It's important to note that anyone who's already filed a 2020 tax return does not need to use the new portal to claim the Child Tax Credit. Furthermore, those who still intend to file a return don't need to use the portal either. Although the official filing deadline has passed, it's not too late to submit a return, and there are no penalties for a late filing if the IRS isn't owed any money.

The IRS plans to start issuing monthly checks for the Child Tax Credit beginning in July, so those still needing to register should do so as soon as possible. Those monthly payments will continue through December and make up half of the credit. The remaining half can be claimed next year, on 2021 tax returns -- or, most likely, via this new portal or a similar one for those who don't end up filing taxes next year either.