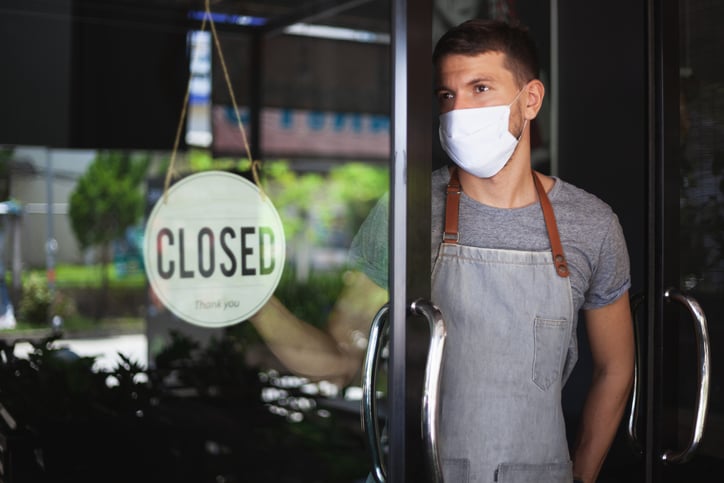 The U.S. economy has been improving, but the Delta variant could threaten that progress.

It's pretty hard to read the news these days without seeing the words "Delta variant" dominating the headlines. But the harsh reality is that the emergence of the now not-so-new COVID-19 strain has changed the trajectory of the pandemic, and not at all for the better.

In July, the national unemployment rate dropped to its lowest level since the start of the pandemic, and weekly jobless claims in August have also reached pandemic-era lows. But while U.S. Labor Secretary Marty Walsh initially hoped that September would show equally encouraging numbers on the jobs front, now, he's not so sure.

At this point, a lot of companies are already postponing their office reopening plans in light of the uptick in national COVID-19 cases. And while some are starting to impose vaccination mandates, it's also fair to say that it's not business as usual at most companies.

In fact, if COVID-19 outbreaks continue, some cities may have to impose restrictions that mimic the rules put into place early on in the pandemic. If that were to happen, countless jobs could once again get shed in short order.

At this point, the economy is down about 5.7 million jobs compared to the number available before the pandemic. If more jobs start going away, it could cause consumer confidence to wane. And once that happens, spending could decrease, thereby contributing to a vicious cycle.

Does the Delta variant make the case for more unemployment or stimulus aid?

In less than two weeks, jobless workers on unemployment will lose the $300 weekly boost they've been collecting in their benefits. That could leave many of those who are out of work in a tough financial position.

But despite many people still out of work and the Delta variant causing destruction, lawmakers are not planning to extend boosted unemployment beyond the beginning of September. Similarly, there are no firm plans to put a fourth stimulus check into Americans' bank accounts.

While the Delta variant has the potential to stunt the economy's growth, we're still in a much better place now than we were earlier in the year, and we're worlds away from where we were in the spring of 2020. And though it's unfortunate that the outbreak has clearly taken a turn for the worse, it's too soon to determine how badly that will impact our economic recovery. If vaccination rates pick up quickly enough -- which may happen now that the FDA has granted full approval for the Pfizer vaccine -- it could be enough to stop the outbreak in its tracks and prevent further job loss.