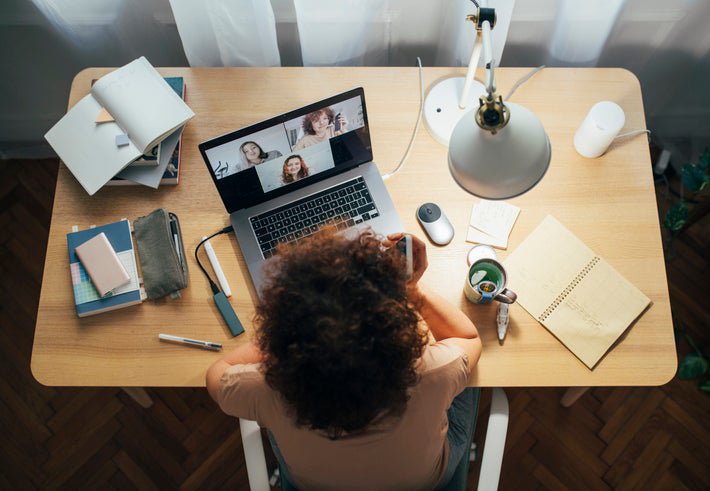 If you're a gig worker, it may be time to change how you plan for taxes.

It's no secret that the $1.9 trillion American Rescue Plan is loaded with details. One of the details tucked away in the bill impacts gig workers and how they pay taxes. It has to do with how their income is reported, and at what point the IRS receives notification of the money they've made.

Traditionally, gig work means earning income outside of traditional employment. A gig worker acts as an independent contractor in a long- or short-term job (or "gig"). Gig workers are not covered by employer benefits like health insurance or a retirement plan.

Gig workers come from all walks of life, from architects and CPAs to writers, housekeepers, mechanics, and crafters. These workers may find jobs on their own or through a third party. Some gig workers receive a 1099-K form at tax time each year, while others do not. That's where the significant change comes in.

Unlike "regular" employees, gig workers do not receive a W-2 form telling them how much money they earned the previous year and how much was deducted for taxes, retirement, healthcare, and so on. Until now, gig workers paid through a third-party payment network (like PayPal or Upwork) received a Form 1099-K. While it wouldn't show any deductions, the 1099-K could be used to report income from the prior year to the IRS. The third-party payment network sent one copy to the IRS and another to the worker. However, the threshold was relatively high, and not every gig worker received a 1099-K. To receive one, they had to meet the following criteria:

In other words, if an architect received payment through PayPal, they only received a 1099-K from PayPal if the gross payments from customers the previous year exceeded $20,000 and they got paid more than 200 times. Some gig workers -- like top sellers on Etsy -- easily meet such criteria, but 200 transactions in one year might be unrealistic for an architect.

How things are changing

Beginning with the 2022 tax year, 1099-K forms go to anyone who earns $600 a year rather than $20,000. The 200-transaction threshold goes away. Anyone who makes $600 or more, regardless of how many transactions that income represents, will now receive a 1099-K. That means most gig workers who have not reported earnings to the IRS will now be on the hook to do so.

While the IRS has always required gig workers to report their income, many have not, because they did not know it was required of them or because they knew the IRS would not have a record of their earnings. Lowering the threshold for 1099-Ks is expected to put an extra $8.4 billion in government coffers over the next 10 years.

Arguments on both sides

The U.S. Chamber of Commerce and online site Etsy are among the groups criticizing the change, saying it places an undue burden on small business owners and entrepreneurs.

Those praising the modification in rules say it helps in several ways, including:

Where the old rules got their start

The $20,000/200-transaction threshold was set in 2012, and was tied to the Housing and Economic Recovery Act of 2008. At that time, the idea of opening an online shop was novel, and one of the only big players in the game was eBay. Sellers on eBay in 2012 frequently resold used items, which is a different model than what prevails there today. Those resold items weren't generally taxable, so it didn't make sense to create more stringent rules regarding 1099-K forms.

At the same time, few foresaw the gig economy's rate of growth. As manufacturing in the U.S. shrank by 33% and employees stopped expecting to work for one company until retirement, more Americans struck out independently.

Proponents of the new, lower reporting threshold for gig workers say the change is simply a response to how Americans now earn money, and is an easier way for them to pay their fair share of taxes.

What this may mean for you

If you're a gig worker, you have a little time to get used to the idea of receiving at least one 1099-K form in early 2023. That may mean getting in the habit of paying quarterly taxes, or putting away enough to cover the taxes on your earnings.

It's never fun to pay taxes, but it is far better to have the money available in your bank account than to worry about finding it when the bill comes due.