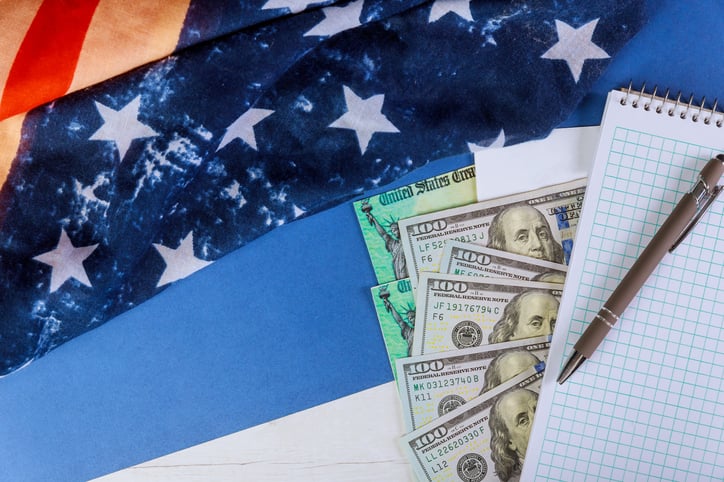 A key Trump administration official has made clear that COVID-19 relief should take precedence over fiscal concerns.

Lawmakers have debated passing another COVID-19 relief bill for months, but negotiations have been fruitless.

One key sticking point is the cost of the next coronavirus stimulus package. The Democrat-controlled House of Representatives passed the HEROES Act, which carries a price tag of more than $3 trillion, and leading GOP figures say they'd prefer to keep the cost of the next bill around $1 trillion.

Now Treasury Secretary Steve Mnuchin has urged lawmakers to negotiate without concerns about the impact another relief bill will have on the deficit or debt. Mnuchin and White House Chief of Staff Mark Meadows have taken leading roles in COVID-19 relief negotiations, and the Secretary has made clear his door remains open to House Speaker Nancy Pelosi so a bill can be passed quickly.

Indeed, in an interview with CNBC's Squawk Box, Mnuchin expressed hope that a stimulus proposal could be introduced by the Problem Solvers Caucus (a 48-member bipartisan congressional group) as early as today.

Deficit concerns have been a major obstacle to securing Republican support for additional COVID-19 relief, making it difficult for Republicans and Democrats to reach consensus about what to include in the next coronavirus bill. Resistance from the right on those grounds helped ensure the failure of the most recent effort to pass coronavirus relief legislation.

A so-called "skinny" bill that came up for a vote last week would have expanded unemployment benefits and provided other assistance, including a new version of the Paycheck Protection Program. However, Sen. Rand Paul (R-KY) voted to block the bill, saying via Twitter, "The majority of Republicans are now no different than socialist Democrats when it comes to debt."

Paul made clear he objected to the proposal because it would add another $1 trillion to a budget deficit which topped $3 trillion during the first months of 2020, after lawmakers provided large-scale relief during the lockdown necessitated by COVID-19.

Secretary Mnuchin has expressed concern that his fellow Republicans are too focused on these fiscal concerns when more stimulus money is desperately needed to help revitalize the economy. His urging to look past the price tag of the next COVID-19 bill could help break the stalemate, as the Democrats have made clear they'd like to move forward with broader relief.

If lawmakers on the right take his advice to heart and negotiate without regard to the price of the bill, any compromise legislation would almost certainly include a second stimulus check, since both sides have made clear they're on board with another direct payment to Americans. Some version of expanded unemployment benefits would also likely be included, as would additional assistance to small businesses.

However, while Mnuchin hopes there will be another legislative proposal by day's end, it's not clear if those on the right will follow the White House's lead. Since many Republicans have so far held firm to their $1 trillion limit despite urging from President Trump to offer a "generous" stimulus bill, there's still a good chance that no progress will be forthcoming, no matter the Treasury Secretary's suggestion to not worry about debt and deficit.

Rather than counting on congressional action, explore other options if you're struggling. Those options might include using a 0% APR credit card to help cover bills; exploring a mortgage refinance loan to reduce monthly payments; and taking advantage of any current COVID-19 aid available to you.