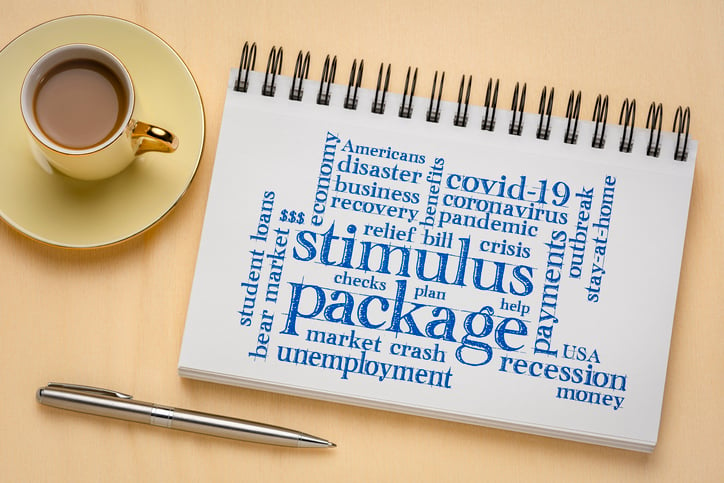 Will urging from centrist Democrats help lead to a compromise on more COVID-19 relief?

For months, a stalemate in Washington D.C. has deprived the American public of much-needed coronavirus relief. There are some broad points of agreement, including consensus that more COVID-19 stimulus money is necessary. But no compromise has been found as those on the right and left both refuse to budge on key demands.

One of those key demands from Democratic leaders is that any relief bill be very broad. But now some centrist Democrats have grown nervous that no relief legislation will be passed before the House of Representatives leaves Washington. Some of these moderates, especially those in GOP-leaning districts, are reportedly urging House Speaker Nancy Pelosi to bring something to the floor for a vote, even if it's not as expansive as many in the party would prefer.

Republican lawmakers have repeatedly indicated they want the next coronavirus relief bill to be limited in scope, with a price tag of around $1 trillion. Democrats, on the other hand, passed the HEROES Act along party lines in the House of Representatives, which carried a price tag of more than $3 trillion.

While party leaders aren't wedded to that specific number, Speaker Pelosi has made the Democrat's official position clear: They won't pass anything less than a broad, bipartisan stimulus package that offers at least $2 trillion in aid. That package needs to include help for state and local governments facing a catastrophic loss of revenue as they cope with outsized costs related to the novel coronavirus. In fact, Politico reported that Pelosi told Democrats in a Tuesday phone call, "A skinny deal is not a deal. It is a Republican Bill.”

Pelosi and the progressive wing of the Democratic party believe the only way to provide meaningful relief is to hold firm to demands for a large-scale stimulus package and avoid caving to GOP proposals that leave out some of their key policy priorities. And Representative Alexandria Ocasio-Cortez, a Freshman Democrat with outsized influence in the party due to her enthusiastic supporters, has taken the firm position that simply mailing out a second stimulus payment won't be enough to solve the critical issues created by the coronavirus pandemic.

Moderates worried about re-election, however, eager to show some progress to appease angry constituents. In fact, the Tuesday call between Pelosi, House Majority Leader Steven Hoyer (D-MD), and the centrist New Democrat Coalition, reportedly grew heated. Lawmakers vocally insisted "something" be done and questioned the Speaker on why Representatives wouldn't remain in Washington to wait for a deal.

Moderates in tough races have been quick to point out that it's been a full four months since the House of Representatives passed the HEROES Act, and that while they don't want to cave on important issues, they'd prefer a deal before November. The Problem Solvers Caucus, a bipartisan group of 50 centrists, including 25 Democrats and 25 Republicans, even put forth a compromise framework for what a smaller-scale relief bill might look like in an attempt to move negotiations forward. But several of Speaker Pelosi's committee chairs released a statement dismissing the plan as "falling short" of what is needed.

For her part, Pelosi has said that House members should be available in case of a deal, and able to return to Washington at a day's notice to vote on a bill should a compromise be found. The Speaker has also attempted to appease her worried colleagues by indicating she's still negotiating with the White House. However, she's resisted demands from some in the party to compromise on the size of the bill or to approve piecemeal relief in the form of targeted bills that address specific issues.

As long as Democratic leaders hold firm on their requirement that any bill carry a price tag of at least $2 trillion and Republicans stick to their limit of around $1 trillion, any real progress is unlikely. Those who were hoping for financial relief from D.C. should start exploring other solutions to cope with the current economic uncertainty.

If you are having trouble making ends meet, refinancing your mortgage could perhaps help you lower your monthly bill and free up some cash as rates are at record lows. And if you're unable to pay for the basics, consider using a 0% APR credit card. It could allow you to borrow for necessities and hopefully repay what you owe without interest before the promotional rate expires.

These are undoubtedly tough economic times, but sadly even as moderates push for compromise, there's a very good chance you'll have to find your own solutions or rely on existing forms of aid if lawmakers in D.C. can't move forward.