Nearly 2.9 Million Americans Have Now Been Out of Work for a Year or More 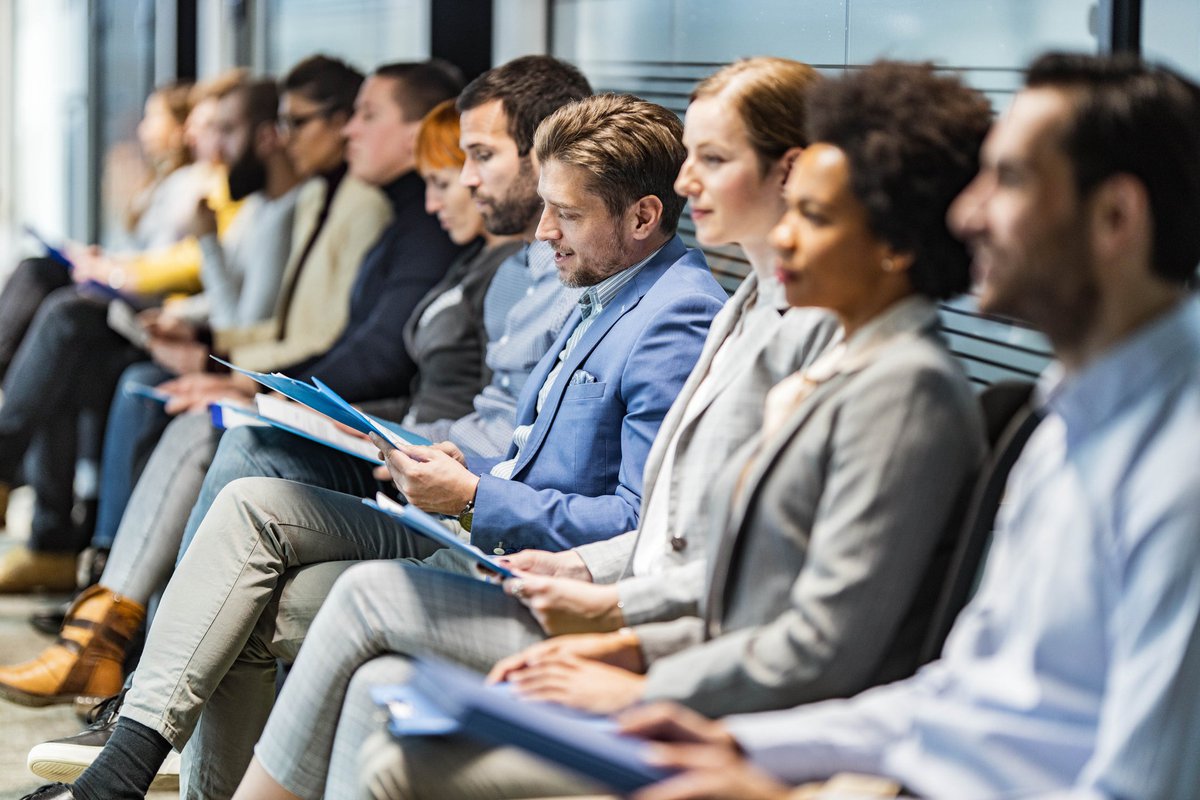 Though new jobless claims have been coming in at lower levels, a lot of people are still out of work on a long-term basis.

When the coronavirus outbreak first hit U.S. soil, the economy took an instant beating. Millions of jobs were shed within weeks, and in April of 2020, the national unemployment rate reached a record high.

Things have improved since then, thankfully. In fact, early on in the pandemic, it wasn't uncommon to see new weekly jobless claims in the millions. For the past couple of months, weekly claims have reached the upper 300,000s or low 400,000s. And yes, those are still some pretty large numbers, but an improvement from the spring of 2020, nonetheless.

But when we think about how the economy's recovery is going, it's not just weekly claims we need to pay attention to. It's also important to look at ongoing claims -- meaning, those who aren't new to unemployment, but rather, have been on it for quite some time.

In fact, it's now estimated that nearly 2.9 million Americans have been out of a job for a full year or more, as per the Bureau of Labor Statistics. That figure accounts for 29% of all unemployed workers last month, and it's a clear indication that while the economy is in a much better place, many individuals are still struggling.

The number of Americans who have been out of work for 52 weeks or more actually rose by 248,000 in June. That's coming at a time when many jobless workers have lost the $300 weekly boost they were formerly getting in their unemployment benefits.

Back in March, when the economy was in worse shape, the American Rescue Plan was signed into law, and it allowed for a $300 weekly boost to unemployment through the beginning of September. More recently, 26 states made the decision to pull that boost ahead of schedule, citing local labor shortages and concerns that boosted benefits were keeping too many people from going out and seeking work.

With that $300 boost in place, minimum wage earners did, indeed, have the potential to earn more on unemployment than at an actual job. But boosted benefits aren't the only thing that's been keeping people out of the labor force. For many, a lack of childcare has been an issue. And let's not forget that with mask mandates no longer in place, some people can't or won't return to a job due to health concerns.

Either way, the fact that close to 2.9 million people haven't held down a job for at least a year is troubling -- especially because the longer a given worker's resume gap, the more difficult it might be to get back into the labor force. Plus, workers who have been jobless for a year or more may have long ago exhausted their savings, and now, with that $300 weekly unemployment boost no longer in place, they may be struggling financially.

Of course, in 24 states, that $300 weekly boost does still exist, but at this point, it's set to run out in under two months. And the chances of it getting extended aren't strong. Similarly, while many people may be holding out for a fourth stimulus check, it's unlikely that we'll see another round of payments hit Americans' bank accounts.

Thankfully, the U.S. economy is doing better than it was earlier on in the pandemic. And now, lawmakers need to put their heads together and come up with some way to help the long-term unemployed. Though it's unlikely that another massive relief bill akin to the American Rescue Plan will get passed, some targeted aid could be made available to those who truly need it the most.