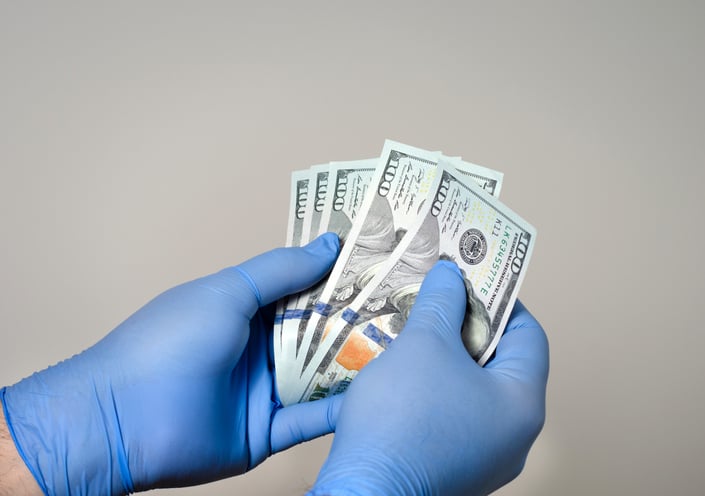 Your best chance for a second stimulus check just disappeared.

At the end of September, funding for the federal government runs out unless Congress acts. This leaves the country at risk of a government shutdown during a public health crisis and a recession. Fortunately, the Trump administration and Congress have reportedly reached a deal to avoid that catastrophe.

Vice President Pence announced an agreement Friday that involves approving a continuing resolution to maintain current spending levels. While the resolution must still pass, it appears that leaders from both parties are on board with the informal deal to keep the government funded.

While this is good news for federal workers and those who depend on government services, there’s some potential bad news as well. Pence said the bill to keep the government open will not include any additional COVID-19 stimulus.

At the end of March, Congress passed the Coronavirus Aid, Relief, and Economic Security Act (CARES Act) to provide financial aid amid an unprecedented nationwide economic shutdown that left millions unemployed and unable to even look for work. The CARES Act authorized the first coronavirus stimulus payment to Americans, and expanded unemployment benefits by $600 per week through the end of July.

But with expanded unemployment benefits expired and COVID-19 checks already spent for many households, the demand for more relief has been high. Democratic and Republican members of Congress agree there is a need for a new coronavirus relief bill -- the Democrats in the House of Representatives passed a $3.4 trillion relief bill called the HEROES Act, and in response, Senate Republicans put forth a $1 trillion proposal called the HEALS Act.

Unfortunately, while there’s agreement between lawmakers on some issues, including the need for a second stimulus check, there are also major conflicts on key aspects of a new COVID-19 bill. Points of disagreement include the total cost of the next relief package; how much extra money unemployed workers should receive; and how much funding should go to states where local governments are struggling with declining tax revenues and rising coronavirus-related expenses.

Amid these disagreements, President Trump has addressed some of the issues via executive authority. He signed an executive order deferring payroll tax collection from September through December so Americans would see more money in their paychecks. Not all employers will stop withholding these taxes, though. And if they do, but Congress doesn't forgive the unpaid taxes, Americans face a substantial tax bill next year.

The President also signed executive orders to provide some expanded unemployment benefits (although not all states will do so), and to continue student loan aid and halt evictions through year's end. Still, his authority to provide relief is limited, and some have questioned the efficacy of these executive orders in providing meaningful help to Americans as COVID cases spike and unemployment remains near record highs.

Only Congress can offer all the assistance many believe the American public needs. When Congress has major internal conflicts, government funding bills often serve as the catalyst to force compromise. In fact, lawmakers in the past have refused to sign on to funding bills in order to accomplish other policy priorities, such as those related to the Affordable Care Act and border security. Because of this, there was speculation that some members of Congress would refuse to sign a continuing resolution to keep the government funded this time if the legislation didn’t include coronavirus relief.

Since that doesn't appear to be happening, negotiations on any COVID-19 stimulus will continue without a firm deadline or the threat of a government shutdown. Vice President Pence believes that’s a good thing, telling CNBC, “Now we can focus just on another relief bill, and we’re continuing to do that in good faith.”

However, with so many points of major disagreement between the two sides and no shutdown threat, the best chance of a stimulus deal may have just disappeared. Those hoping for help from Washington should consider other alternatives, such as a mortgage refinance to lower their payments or tap into equity; a 0% APR credit card to help cover bills; or exploring other COVID-19 aid that's already available.