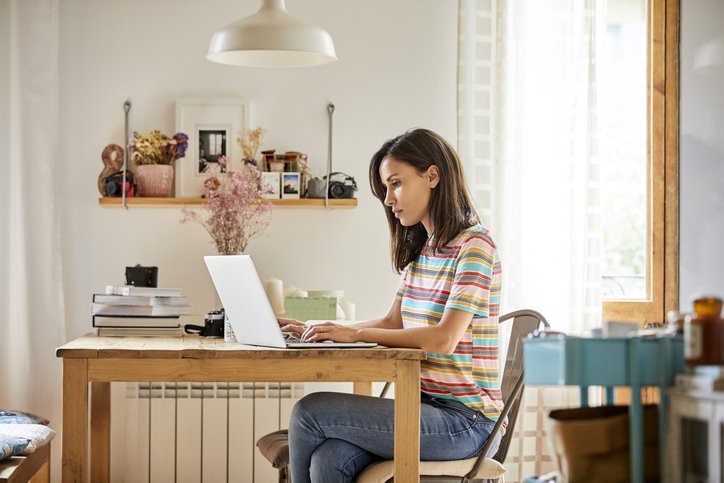 Some lawmakers are fighting to give gig workers extra protection.

Millions of Americans have been dealing with income loss during the course of the pandemic. This includes self-employed workers.

Normally, gig workers and those who are self-employed are not entitled to unemployment benefits. But thanks to the Pandemic Unemployment Assistance program -- a byproduct of last year's CARES Act -- they have been entitled to jobless benefits. Now, some lawmakers are fighting to ensure that gig workers get an even larger safety net put in place.

Democratic senators Ron Wyden of Oregon and Michael Bennet of Colorado, have introduced new legislation. Their goal is to raise the amount and duration of unemployment benefits for jobless workers during the pandemic.

Their bill, called the Unemployment Insurance Modernization Act, also seeks to make unemployment benefits available to gig workers, the self-employed, and recent college graduates on a permanent basis. That way, they're covered at times when there isn't a national emergency.

These workers, who normally would not be entitled to that aid, would qualify for a $250 weekly benefit, paid by the federal government. That benefit would remain in effect for up to six months and get adjusted on a yearly basis to account for inflation.

Furthermore, the amount and duration of that weekly benefit would be subject to adjustments during periods of economic crisis, such as the pandemic. And the federal government would also pay another $25 per week to those on unemployment for each dependent in their household.

The new bill also makes it so that states cannot deny unemployment benefits to workers who quit their jobs for reasons such as safety risks or the loss of childcare. Both of these issues have been prominent during the pandemic.

The new bill would also require all states to offer at least 26 weeks of unemployment benefits to the jobless. Right now, that's what most states pay, though there are a handful of exceptions.

Plus, states would have to readjust their weekly benefits. The goal would be to have benefits replace 75% of workers' average pre-layoff wages, up to each state's maximum weekly benefit. Right now, jobless benefits generally account for around half of lost wages, and in some states, even less.

States would also be required to pay up to 52 extra weeks of unemployment benefits during periods of crisis. Right now, most states pay a maximum of 13 weeks of extended benefits on top of the 26 weeks that generally apply during normal times.

Will the bill pass?

The Unemployment Insurance Modernization Act has a lot of lofty goals, and it's too soon to know whether lawmakers on a whole will support it. While offering permanent protection for gig workers would give the self-employed a much-needed dose of financial security, the cost involved could be tremendous.

Gig workers are often advised to boost their savings in case they lose their jobs in the absence of unemployment benefits. If they were to become entitled to benefits, it would be a much-needed safety net. And that could give the self-employed some extra peace of mind.