Senate Republicans Won't Vote for Biden's Stimulus Plan. But a $1,400 Check Could Still be Possible 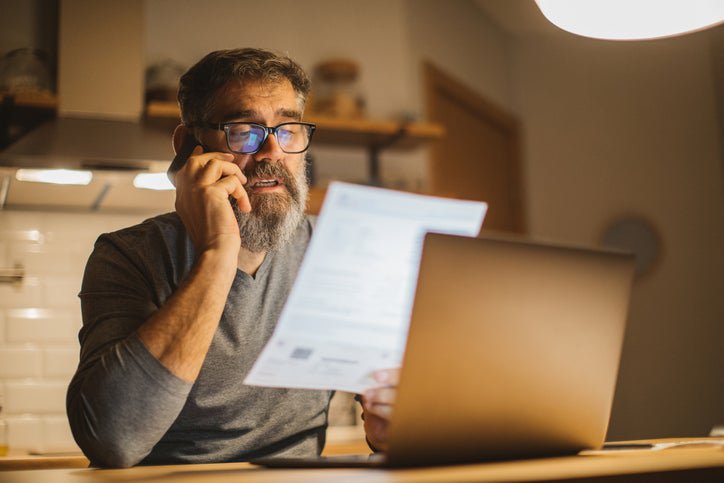 Republicans are making clear they won't vote for Biden's stimulus proposal. But it's still possible the new president will be able to get the deal done.

Republicans are making it clear they won't vote for Biden's stimulus proposal. But it's still possible the new president will be able to get the deal done.

President Joe Biden is focused on providing coronavirus relief to American families. In fact, even before being sworn in, Biden announced a $1.9 trillion coronavirus stimulus proposal. The plan included $1,400 checks, boosted unemployment benefits, and a host of other provisions, including an increase in the federal minimum wage.

Before details of the stimulus package had been made public, members of the Biden administration indicated they'd prefer to pass the stimulus bill on a bipartisan basis with help from Republicans. The response from those on the right, however, suggests this is unlikely. But you may still get more money in your bank account, in spite of the lack of enthusiasm from Republican lawmakers.

Republicans aren't on board with Biden's stimulus plans

Democrats now control the Senate with 50 out of 100 votes, as Vice President Kamala Harris will break any ties. However, this doesn't mean legislation will pass easily without Republican votes. In fact, because of filibuster rules, bills need to get 60 votes to get through the Senate and make their way to the president's desk to be signed into law.

As a result, Biden's stimulus plan would need to get the votes of at least 10 Republicans -- and potentially more if it loses the support of any Democrats. GOP senators have made it clear this won't happen.

In fact, one key Republican -- Senate Minority Whip John Thune -- stated last week "I don’t think it can get 60." As the minority whip, it's Thune's job to take the temperature of the Republican caucus and determine how members are planning to vote on legislative proposals.

"Even the people on our side that would be inclined to want to work with the administration on something like that, that price range is going to be out of range for them,” he said. He also referred to the passage of Biden's stimulus proposal as "a very heavy lift," unless economic conditions change.

Those on the right who would be the most receptive to Biden's plans do intend to meet with the Biden administration soon. However, even centrists such as Susan Collins and Mitt Romney have made it clear that Biden would need to convince them of the merits of passing another large bill. Their reluctance suggests there's little hope of peeling off 10 Republican votes.

Many other GOP senators have also expressed skepticism about the plans. For example, Senator Roy Blunt called Biden's proposal a "non-starter," despite the fact there are some provisions of it -- such as money for vaccines -- that Republicans would likely get behind. And others have made clear the price tag is too high on top of the relief Washington has already provided.

The Biden administration may desire a bipartisan deal, but the reality is that it took months to negotiate the last compromise stimulus legislation. And the passage of a $908 billion relief bill in December will make Republicans even more reluctant to spend more money on COVID-19 aid this time around.

The good news for those hoping for more help from D.C. however, is that Democrats don't really need 60 votes to pass some type of relief. They can use a process called reconciliation to provide aid with a simple majority of just 51 votes. Bills passed in reconciliation may need to be more narrow in scope, but stimulus checks and expanded unemployment could likely be a part of one.

It's not clear yet if the Biden administration will resort to using reconciliation or will continue to attempt to negotiate. But the fact that this is an option means there's still a good chance we'll see more coronavirus relief -- despite Republican objections.