Should You Pad Your Emergency Fund Due to the Pandemic? 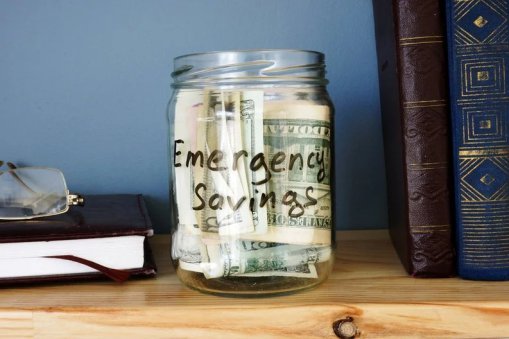 Here's why you may want to increase your cash reserves.

No matter your age, income level, or household situation, it's important to have a solid emergency fund. But what exactly does that mean?

For the longest time, the emergency fund convention was to sock away enough money in a savings account to cover three to six months of essential living expenses. The logic there was that if you were to lose your job, that money would be enough to get you through a period of unemployment. Or, if you were to encounter an unplanned expense, like a medical bill or home repair, you'd be able to cover it without landing in debt.

But then the coronavirus pandemic struck, and it's made a lot of people rethink what it means to have adequate cash reserves. The question is: Is three to six months' worth of living costs still enough for solid protection? Or should our emergency funds be higher?

It's not hard to argue that the coronavirus pandemic is an extreme situation that had a startling, unprecedented impact on the U.S. economy. But while it's easy to chalk the pandemic up to a single catastrophic event, the reality is that we don't know if we'll ever have to grapple with another pandemic -- or a severe recession where jobs are slashed.

That's why raising the bar for emergency savings may not be such a bad idea. This doesn't mean every American should now aim to stash a full year's worth of living expenses in the bank. But should the guidelines be adjusted to, say, six to nine months' worth of living costs? That's probably a smart move.

As of early February, an astounding 4 million people had been out of work for 27 weeks or longer. Anyone in that situation who went into the pandemic with six months' worth of living expenses in the bank may be down to their last few hundred dollars at this point.

Now to be fair, many of the people who lost their jobs over the past 12 months have been entitled to unemployment benefits that have replaced part of their missing paychecks. And that can ease the strain on emergency funds. But we still can't discount the possibility that another major crisis will arise in the future, so erring on the side of being better prepared is certainly not a bad thing.

The case for saving move

So what does this mean for you? On a basic level, it means you may want to assess your emergency fund and add to it if you have the means -- or cut back on spending so you have that option.

If you currently have six months' worth of bills socked away, consider growing your savings so you can cover eight months. The only downside to "overfunding" your emergency savings is that by keeping your money in the bank, you lose out on the chance to invest it with a stock broker and generate higher returns. But when you weigh that against extra protection and peace of mind, it's not the greatest loss.

On my end, I actually like to have about a year's worth of expenses in the bank -- pandemic or not. Part of the reason is that my income is variable, and as someone who's self-employed, I wouldn't normally be entitled to unemployment benefits if I were to find myself out of work. (Right now, gig workers and those who are self-employed can collect jobless benefits, but that's a temporary protection created specifically because of the pandemic.) Over the past year, I boosted my savings a little bit, but not a ton, since I already had a decent chunk of cash in the bank. Doing so just plain helped me sleep better at night.

And that leads to my final point. If having a larger emergency fund brings you more peace of mind, that's reason enough to pad your savings. Ideally, we'll never have to deal with a pandemic again. But that doesn't mean we won't face our share of personal financial emergencies through the years. The coronavirus outbreak has taught us to gear up for the unexpected, and in light of that, having a stronger emergency fund certainly wouldn't hurt anyone.