Some Companies Are Giving Workers Early Access to Their Paychecks 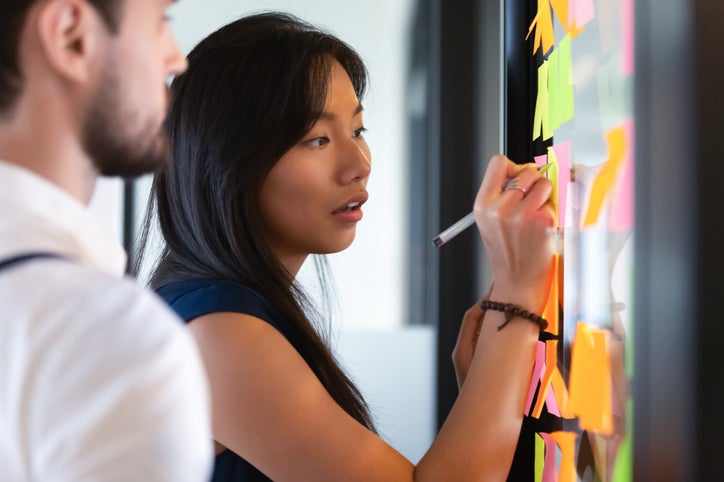 Some struggling workers may be getting a lifeline.

Many Americans have grappled with financial issues during the pandemic, like increased childcare costs or income loss due to cut hours. And let's not forget that many people were living paycheck to paycheck before the outbreak, having no money whatsoever in a savings account to rely on.

For those who don't have cash reserves on hand and need every penny they earn to pay bills, the wait between paychecks can be brutal. But now, some workers are getting the option to tap their earnings ahead of their regular payment schedules. But is that a good thing?

A growing number of companies have begun offering employees early access to the income they've earned. Payroll and benefits firm Gusto, for example, offers a pay-on-demand tool called Cashout to small businesses so their employees can get their money ahead of schedule. And between March and May of 2021, Gusto saw a large increase in the number of companies that are offering this service to workers.

Payroll company Paychex has also seen an uptick in the use of its on-demand pay service among its users. It began offering the option in late 2019.

Allowing workers to access their earnings ahead of schedule could, in many cases, prevent them from having to rack up costly debt to cover surprise expenses. It could also buy them a little breathing room when everyday bills start to cost more.

Such is the situation a lot of people are grappling with right now. Inflation is driving up the cost of everything from gas to groceries, and many people are struggling to keep up with rising expenses. While giving workers early access to their paychecks won't necessarily solve that problem, it at least buys them more options. And in some cases, it may prevent people from having to whip out a credit card and carry a balance.

Use this feature wisely

It's one thing to occasionally access earnings ahead of schedule, but it's another to do so as a matter of course. Those who consistently need their paychecks early may want to rethink their spending and get on a budget that helps them manage their money differently. But sometimes, unplanned bills and other hiccups can create that need, so giving workers the option to get paid early is a good thing.

That said, some on-demand pay services charge workers a fee to access their money early. Anyone looking to use one of these services should read the fine print before taking advantage of it. After all, those who land in a tight enough situation to need early access to their paychecks probably can't afford to part with even a tiny fraction of their earnings. So while that option may be convenient, if fees come into play, it can also be very harmful.

Also, on-demand pay services tend to impose limits on how much money can be accessed ahead of schedule. Workers who intend to use this option should be aware that their entire paycheck may not be available early.