Some Unemployed Americans Could Be in for an Unpleasant Tax Surprise 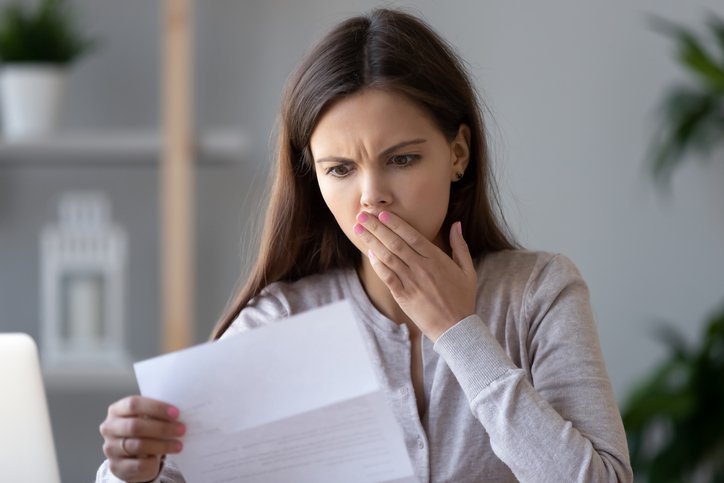 The new coronavirus relief bill exempts some unemployment benefits from taxes, but some people may not be totally off the hook.

Millions of Americans have lost their jobs in the course of the coronavirus pandemic, including close to 4 million workers who, as of February, had been unemployed for 27 weeks or longer. And while unemployment benefits have served as a lifeline for the jobless, there's a catch -- they're subject to taxes.

Workers who opt to have federal tax withheld from their unemployment benefits lose 10% of those payments off the bat. Otherwise, those taxes are due when they file their tax returns. But the new $1.9 trillion coronavirus relief bill changes that. In addition to another round of stimulus checks and boosted unemployment, the bill calls for an exemption on taxes for up to $10,200 of unemployment benefits per person. That means jobless workers could end up pocketing $1,020 extra thanks to the bill.

However, that relief is limited. And some jobless workers may actually be in for an unpleasant tax surprise because of the way it's structured.

Taxes could still come into play

At first glance, a tax-free $10,200 sounds like a great deal. But when we dig deeper, we find some jobless workers may not get that full benefit.

For one thing, that tax exemption only applies to workers in households with an income of less than $150,000. Now it's easy to argue that a family with an income of $150,000 or more doesn't need that tax break so badly. But in some parts of the country, a household income of just above $150,000 doesn't go very far, especially when there are multiple dependents in the mix.

And that's not the only hiccup related to tax-free unemployment benefits. The other issue is that while the relief bill calls for a tax exemption at the federal level, it doesn't impact state taxes on unemployment income. More than half of states impose taxes on unemployment benefits. And it'll be up to them individually to decide if they'll let jobless workers off the hook like the federal government, or if they'll demand their tax revenue despite the ongoing crisis.

What's more, the timing of the relief bill makes things complicated from a tax-filing perspective. Namely, some people may now need to wait to submit their state taxes until states decide if they will tax jobless benefits or not. Meanwhile, in light of the new relief bill, some jobless workers who already filed their federal taxes may need to amend their returns now that their first $10,200 in unemployment income is eligible for tax-free treatment.

All told, this specific provision of the relief bill is a good thing, but it does come with some question marks and complications. And while more information is likely to emerge from the states in the near term, that cuts it awfully close given the April 15 deadline for filing taxes. Throw in the fact that many people may be eager to file their taxes sooner rather than later so their refunds hit their bank accounts quickly, and it's clear that in the course of providing the jobless with more aid, lawmakers have also created a bit of a mess.