Stimulus Check Update: Biden Pushes for $1,400 Boost Not Just for the Jobless 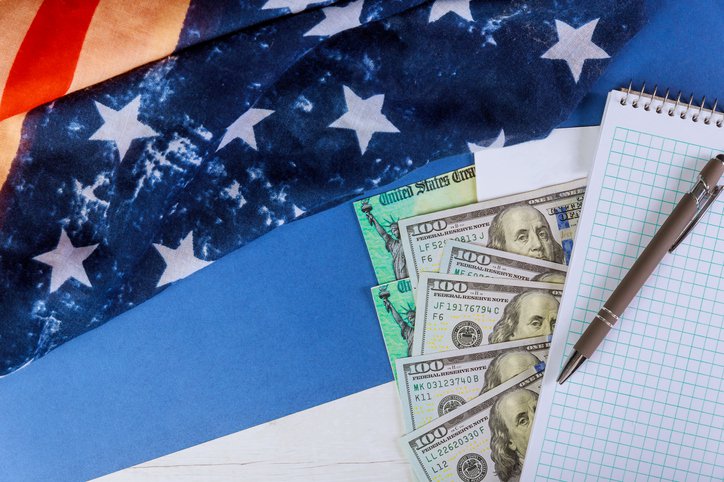 President-elect Biden wants to make an impact on those affected during the pandemic, so he's calling for more stimulus money. Will lawmakers agree?

Last week, President-elect Joe Biden released the details of his $1.9 trillion coronavirus relief package, known as the American Rescue Plan. The proposal includes boosted unemployment benefits to help the jobless, tax credits to help parents, and $1,400 stimulus checks to make up for the fact that the last round only allowed for $600 payments per person.

For months, Americans had been waiting on a second stimulus round to follow the $1,200 checks that went out under the CARES Act, which was signed into law in late March of 2020 to provide coronavirus relief. Many were disappointed in the fact that their recent stimulus payments were only half of what they'd previously received, and some lawmakers were quick to push for higher payments.

But other lawmakers aren't so keen to dish out $2,000 to the public ($600 from late December's round plus the extra $1,400 that Biden is proposing). Rather, they feel that additional aid should be more targeted so it reaches the people who need it the most.

Though a lot of people used their most recent stimulus check to cover basics like food and medication, households that didn't lose income during the pandemic were no doubt able to use that money to secure their finances, whether by padding their savings accounts or paying down debt. And while those are responsible uses for that money, the intent of those stimulus payments was to help those who are struggling.

But Biden insists that it's not just the jobless who should get those $1,400 payments. Here's why.

Though it's true that those who are out of work may benefit the most from additional stimulus money, the reality is that a lot of people who do have jobs are still struggling because of the pandemic. Some people, for example, have had their hours reduced so that they're still employed, but not earning the same paycheck they once were. Meanwhile, other families have incurred added expenses during the pandemic -- for example, having to pay for full-time childcare in the absence of in-person school. Though these people may be employed, if they're suddenly spending hundreds more each month on care for their children so they can hold down jobs, it's apt to take a toll.

It's for this reason that Biden insists that those who have managed to keep their jobs should also be entitled to that additional $1,400, if lawmakers agree to it. Plus, stimulus checks help pump money into the economy, which means that if another round goes out, it could help more local businesses stay afloat. And that, in turn, could save more jobs.

Biden will need the support of Congress for his new proposal to pass into law, and while Democrats now control the Senate, those $1,400 checks aren't a given. But if enough lawmakers do agree with Biden, Americans could see additional aid during the early part of 2021, and given the number of people who are having difficulty making ends meet, that's a good thing.