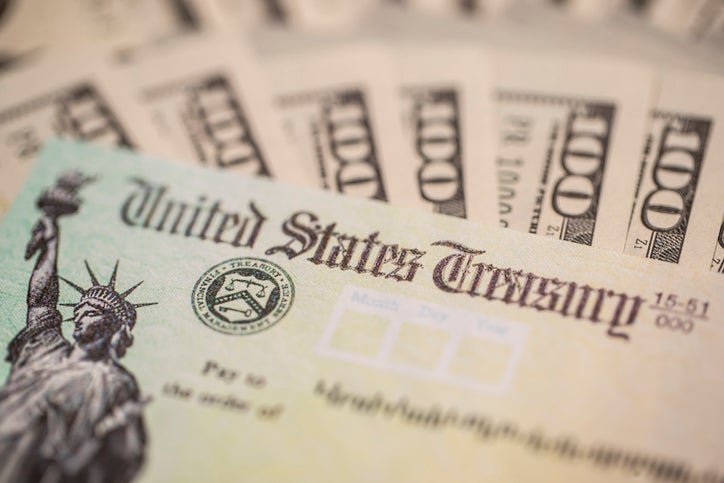 Hoping a fourth stimulus check will make its way to your bank account? This big bank CEO says another check may not be necessary for economic recovery.

Talks about a fourth stimulus check have dominated news cycles in recent weeks, and for good reason. The last three direct stimulus payments sent to bank accounts and mailboxes across the nation made a serious impact on finances in struggling households.

But, while the data shows that another check could be beneficial for Americans in need, there aren't many positive signs that a fourth stimulus check is forthcoming. There are no proposals in the works from President Joe Biden, and now the CEO of a big bank has said that there may not be a need for another round of stimulus money. Here's what the bank's CEO had to say.

In an interview aired on CBS's "Face the Nation" this past Sunday, Bank of America CEO Brian Moynihan made some interesting comments about the state of Americans' finances -- and how it pertains to the possibility of a fourth stimulus check.

During the interview, which was focused on the economic recovery in America, Moynihan noted that Americans have "lots of money" in their checking accounts that is leftover from the last few rounds of stimulus payments, as evidenced by internal data from the bank's customers.

"Our consumers have lots of money in their checking accounts," Moynihan told CBS. "They have not spent about 65% to 70% of the last couple of rounds of stimulus."

That money amounts to billions saved by Americans from the last two rounds of stimulus checks, according to Moynihan.

Moynihan also stated that he thinks the outlook for the country is positive, noting that spending had increased by 20% when compared to 2019 spending levels. According to Moynihan, this spending trend is an indication of a healthy economic recovery.

"The U.S. economy is really set to go," Moynihan said.

Moynihan also noted in the interview that Bank of America projects a growth of about 7% in the U.S. economy for 2021 and by about 5.5% in 2022 -- which would be massive economic growth for any given year.

If correct, that type of growth is especially significant at a time when millions of Americans remain under- or unemployed due to the economic downturn caused by the pandemic.

Moynihan also noted during the interview that Bank of America expects unemployment rates to drop significantly by year's end.

"...We predict to get in the low to mid fours by year end, which is a pretty strong recovery engineered by the work of the fiscal side, the monetary side and frankly, private industry," he said.

If Moynihan's predictions on the economic recovery -- and the statements about customers' checking accounts are correct -- it may not bode well for a fourth round of stimulus payments. The goal of issuing direct stimulus payments to Americans is to help cover essential bills and fill pantries while also helping to get the economy revving again.

Any proposal to Congress for a fourth stimulus check already faced an uphill battle -- and thus far, Biden has not made any formal proposals to lawmakers about another direct payment to Americans.

These types of economic predictions by Bank of America's CEO could make it even tougher for a fourth stimulus payment to get past conservative lawmakers, who have widely opposed any stimulus money being sent to Americans in the future.

White House Press Secretary Jen Psaki was asked during a press briefing last week about whether Biden would support a fourth direct payment, and the answer, while perhaps vague, was also positive.

"The president is certainly open to a range of ideas,” Psaki said on June 3. "He's happy to hear from a range of ideas on what would be most effective and what's most important to the economy moving forward.

Dozens of lawmakers have also been pushing for another round of stimulus money in recent months, and the support continues to grow. Over 80 lawmakers have now sent letters asking the president to approve a fourth stimulus check. Some lawmakers are even calling for recurring stimulus payments to be sent to every American.

Bank of America is an advertising partner of The Ascent, a Motley Fool company. The Motley Fool has no position in any of the stocks mentioned. The Motley Fool has a disclosure policy.
Many or all of the products here are from our partners that pay us a commission. It’s how we make money. But our editorial integrity ensures our experts’ opinions aren’t influenced by compensation. Terms may apply to offers listed on this page.