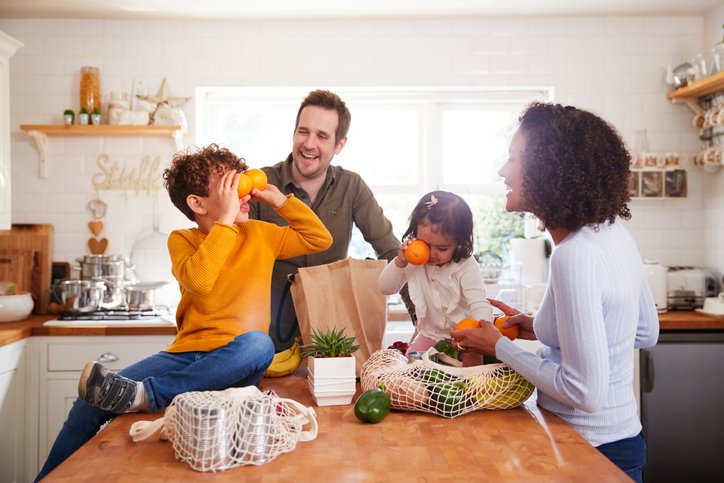 It's still unclear whether a fourth round of stimulus checks is headed your way -- but a new study could help fuel the fire behind a fourth batch of checks.

Stimulus checks have been an important -- and necessary -- lifeline for millions of Americans, many of whom have been underemployed or unemployed during parts of the pandemic. But while the money from the first three rounds of stimulus checks helped to fill empty bank accounts and empty pantries, it's unclear whether another round of checks will be coming in the near future. While dozens of Democratic leaders have called in recent months for President Joe Biden to propose ongoing stimulus payments for Americans in need, the reality is that the fourth stimulus payment has a lot less momentum behind it.

But, while the idea of a fourth check may be up in the air, what is clear is that the last two rounds of stimulus checks had a big impact on the households who needed the money the most. A new study shows how the money from those two checks helped households across the nation -- and it could add to the support for another round of stimulus checks. Here's what we learned from the new data.

What the data shows about stimulus checks

While a fourth stimulus check may feel like it's out of the realm of possibility at this point, a new analysis from researchers at Poverty Solutions of the Census Bureau data may help to give the push for a fourth check new life. In particular, the analysis offers interesting insight into how the last two rounds of stimulus money were used by recipients.

According to the analysis, the data shows that the last two rounds of stimulus checks -- which were issued starting in late 2020 and again in March 2021 -- were used, in major part, to help people buy food and pay necessary bills. The money from these two stimulus checks helped reports of food shortages drop by 42% from January through April -- which is clearly a significant drop. The rates of financial instability also fell overall by 45%, according to the analysis.

The sharpest declines in hardship happened immediately after the passage of the last two relief bills, according to the analysis. This coincides with the delivery of the second and third stimulus checks to Americans who qualified.

The households that benefitted the most from the direct payments typically had the lowest incomes -- with lower-income households with kids in particular seeing major benefits from the payments.

While the analysis makes it clear that other adjacent types of aid also helped in the recovery, the clear story from the analysis is that the last two stimulus checks -- for $600 and $1,400 respectively -- were the catalyst for lesser hardships in households across the nation.

Right now, whether or not the analysis of how the second and third stimulus checks helped Americans across the nation is enough to get more politicians -- and Biden -- on board remains to be seen. While the data clearly shows that stimulus checks are helping the Americans who need it most -- both in helping to lessen financial hardships and stressors -- there's likely an uphill battle for any proposals that include another direct stimulus payment for Americans.

Whether or not Biden will make a fourth round of stimulus checks a priority in the future, however, remains to be seen. Thus far, Biden has not proposed a fourth round of stimulus checks to Congress -- and any future proposal would likely be met with resistance from conservative lawmakers, who have made it clear in recent months that they are not on board with another round of checks.

White House Press Secretary, Jen Psaki, also made it clear earlier this week that the White House will not be prioritizing a new round of stimulus checks -- and is prioritizing jobs and the economy instead.

"He's happy to hear from a range of ideas on what would be most effective and what's most important to the economy moving forward," Psaki said. "But he's also proposed what he thinks is going to be the most effective for the short term for putting people back to work, to getting through this pivotal period of time, and also to making us more competitive in the long term."