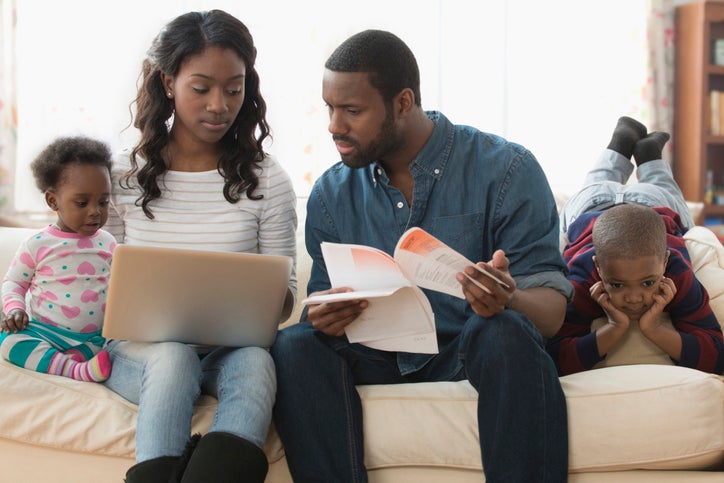 The economic consequences of the pandemic still persist for many Americans. Another stimulus check is needed.

The coronavirus pandemic has had far-reaching financial effects and many Americans are still facing the consequences of COVID-19 and resulting shutdowns of businesses. In fact, a new study from the Capital One Insight Center shows that millions of people continue to face economic uncertainty.

Amidst the unequal recovery which has left many lower earners behind, the need for a fourth stimulus check is clear. The only question is, will lawmakers heed the call for more direct payments into Americans' bank accounts?

Here's why a fourth stimulus check is needed

According to troubling new data from Capital One, Americans across all income levels saw a reduction of income or their income disappeared entirely in spring of 2020 during the early parts of the pandemic. In fact between 32% to 36% of Americans reported they had less or no income.

A year later, however, only half of the number of middle and high earners who initially saw an income decrease report they're still earning less money than they did pre-pandemic. Lower income earners, on the other hand, have seen relatively little improvement with most still bringing in less wages than before the pandemic began. Lower earners are defined as households with an income below $25,000.

While lower earners have clearly fared the worst, many middle-income Americans are still struggling as well. In fact, 1 in 5 middle earners reported they had more debt in spring of 2021 than prior to the pandemic, and the same number said they continued to struggle to come up with the funds to pay their bills. Middle earners include households with between $25,000 and $100,000 in income annually.

These concerns about debt and paying the bills didn't affect most higher earners, the majority of whom reported few financial hardships and said they were currently able to save money.

Lack of childcare options is one reason why lower earners and middle-income earners continue to face work struggles, with 50% of lower-income Americans and 30% of middle earners indicating that a lack of childcare either caused them to stop working or to cut back on their work hours.

Stimulus checks had a proven impact on improving household finances early in the pandemic, but no payments have been forthcoming since early in 2021 when the American Rescue Plan Act authorized $1,400 checks. Unless lawmakers change course and provide more direct payments -- as millions of Americans have called for in a petition -- it is likely that the unequal recovery will continue to leave many of the most vulnerable families behind.