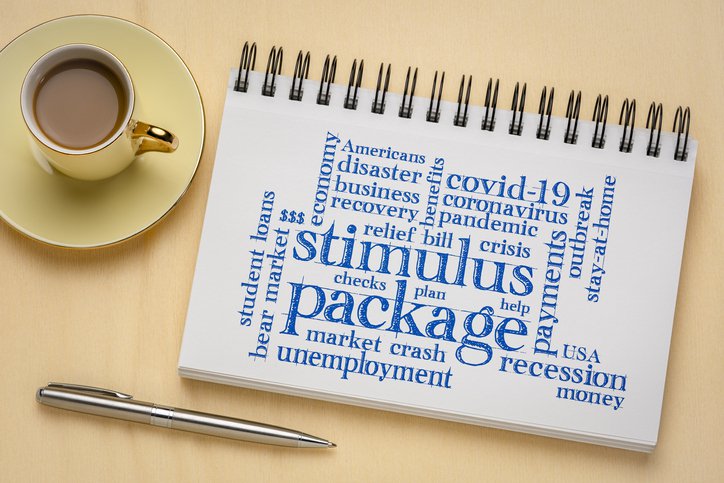 Democrats are now one step closer to providing aid to the public.

Millions of Americans have been struggling financially during the coronavirus pandemic, and President Biden has made it clear that he's not looking to stall on aid. Last month, he released the details of his $1.9 trillion coronavirus relief bill, which includes boosted and enhanced unemployment benefits for the jobless and called for a third stimulus check worth $1,400.

Republican lawmakers, not shockingly, have pushed back on Biden's proposal. But now, Democrats have taken one key step to move that $1.9 trillion relief plan forward, even without Republican buy-in.

Early Friday morning, the Senate passed its budget resolution, which allows Democrats to write Biden's relief proposal into law. This means they don't need to entertain negotiations with Republicans to move those $1,400 stimulus checks forward.

That said, Biden still wants to keep communication channels open with Republicans, and he's said he's open to negotiating the details of his stimulus plan. Specifically, Republicans are pushing for more targeted aid and have argued that many of the people who received stimulus money already have used it for leisure or savings purposes. They feel that any new stimulus cash that goes out should be reserved for the country's neediest -- people who will use that money for essential household expenses rather than use it to pad their savings accounts.

In fact, Republicans have asked the president to lower the income thresholds for stimulus eligibility in time for this next round. Currently, single tax filers earning $75,000 a year or less and married couples filing jointly earning $150,000 a year or less are entitled to a full stimulus payment. But beyond these thresholds, stimulus money isn't cut off -- it's merely phased out -- and as such, some pretty high-income households have been eligible for some sort of windfall when we factor in payments for dependents. Republicans are urging Biden to, at the very least, slash the aforementioned thresholds to $50,000 for singles and $100,000 for married couples.

Meanwhile, Biden's relief plan also includes boosted and enhanced unemployment benefits. Specifically, jobless benefits would get extended through September and increase by $400 a week until then.

This morning, the Bureau of Labor Statistics announced that the U.S. unemployment rate fell to 6.3% in January, down from 6.7% in December. Though 49,000 jobs were added in January, the jobless rate is still well above the 3.5% threshold it sat at in February of 2020, before the pandemic began. And while an unemployment rate of 6.3% is still a tremendous improvement over the record high 14.7% jobless rate we saw back in April of 2020, it by no means signifies the end of our current crisis.

Now that Democrats have the green light to move on stimulus cash, the hope is that that money, coupled with more generous unemployment benefits, will help a lot of struggling families make ends meet or dig out of their current holes until the pandemic is behind us. While we don't know exactly when those payments will start hitting bank accounts, desperate Americans can take comfort in the fact that things are moving forward.