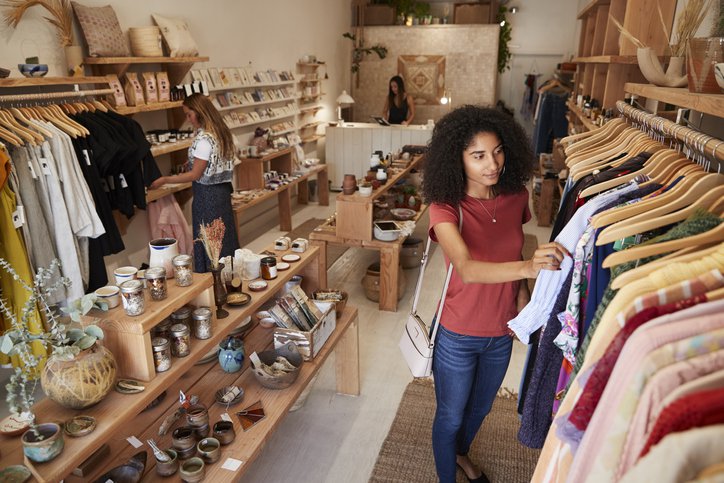 Stimulus checks made a huge impact on household income, but the news isn't all good.

When President Joe Biden signed the American Rescue Plan Act in March, the law entitled most American families to receive a stimulus check valued at $1,400 per person (including dependents). This was the largest of the three stimulus payments that the government has issued to date in response to COVID-19.

The money has made a huge impact; in fact, economists expect that household income in March may have increased by the largest amount ever recorded. That's the good news. But there's also some potential bad news on the horizon.

Most Americans received their stimulus payments either as a deposit into their bank accounts or via check in March or early April.

As a result of this substantial influx in government funds, economists project that household income rose around 20% in March of 2021 compared with the prior month. Household income is a measure that includes money from multiple sources. It includes not just earnings from work but also government benefits and money earned from investments.

If this 20% income projection bears out, this would be the largest monthly increase in income since the government began keeping records in 1959.

Unsurprisingly, this has also driven up consumer spending, with economists projecting a 4% increase in consumer expenditures. People who received stimulus checks increased total consumer spending more with the third check than with either of the first two. This is likely because this check was for more money and because there was more to spend it on now that restrictions on business operations have eased considerably since the first two checks were signed into law.

While it's generally a good thing for individuals to see their incomes go up -- and a good thing for the economy when more consumers start spending money -- this can lead to a rise in inflation. Inflation occurs when prices rise in response to a surge in demand that businesses struggle to keep up with. When inflation occurs, purchasing power falls because prices are higher and the same dollar can't buy as many goods and services.

Unfortunately, some key economic indicators, including a personal consumers expenditures index that excludes food and energy prices, suggest that inflation is rising. That's not a great thing, especially for savers, because it means their money won't go as far.

Although the potential of rising inflation could be bad news, the chairman of the Federal Reserve, Jerome Powell, believes that the one-time price increases that happen when demand surges as the economy reopens will just be a temporary thing and inflation won't continue rising. Powell also indicated that the Federal Reserve will be working to make sure that doesn't happen.

For consumers, of course, there's little that individuals can do to fight inflation. But if you haven't spent your stimulus check yet, it may not be a bad idea to put some in the bank in case the cost of goods and services does go up over the summer and beyond and you need a little extra cash to help you get by.