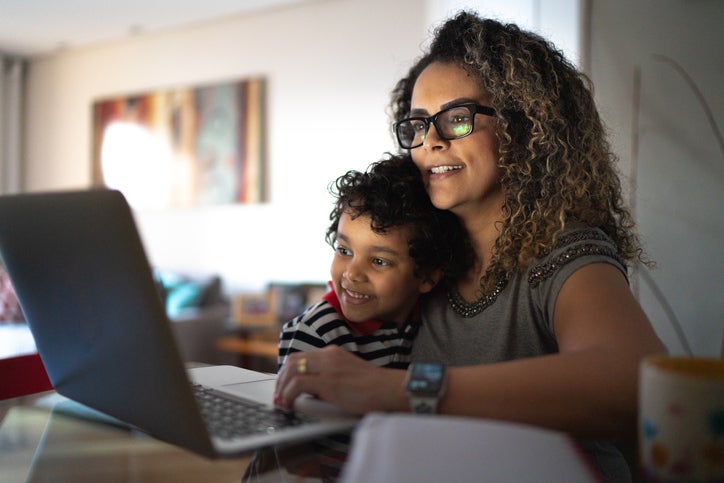 Could stimulus checks lead to a universal basic income?

Coronavirus stimulus checks issued in 2020 and 2021 had an undeniable impact on American families. They helped to keep people out of poverty during an economically challenging time. And, in fact, they actually helped increase household income above pre-pandemic levels for some individuals and families.

Since depositing money directly into people's bank accounts proved to both be popular and successful at reducing poverty, some lawmakers are now calling for more monthly payments to be issued.

In fact, on Friday July 30, Rep. Ilhan Omar introduced a bill called the Sending Unconditional Payments to People Overcoming Resistances to Triumph (SUPPORT) Act that would provide payments of $1,200 per month per adult and $600 per month per child. This money would be offered on an ongoing basis, as opposed to the one-time payments made available in each of the three coronavirus relief bills.

How would ongoing stimulus payments work?

The Support Act doesn't refer to the ongoing monthly payments as stimulus payments, but instead as a Universal Basic Income. However, Rep. Omar makes clear that the coronavirus stimulus relief was the inspiration for the proposed legislation.

"The silver lining during COVID-19 has been that the federal government and local governments are recognizing the urgency and efficacy in delivering direct resources to struggling Americans, Rep Ilhan Omar said in a statement about The SUPPORT Act. "These relief payments actually reduced poverty and bolstered our economy through increased consumer expenditures during one of the worst recessions in recent history.

Rep Omar doesn't believe that these stimulus payments should end with the pandemic. Instead, she thinks that they should be made a permanent fixture due to their poverty-fighting benefits. "It's time for Congress to lift up our communities by simply putting money back into people's pockets," she said.

The SUPPORT Act would do just that. Under the terms of the act, a new Treasury Department would be created to oversee a $2.5 billion grant that would fund local pilot programs for offering regular direct payments to Americans.

Based on the outcomes of those pilot programs, the federal government would subsequently implement a guaranteed income program for all Americans. The program would provide:

If the bill passed, pilot programs would begin distributing money to Americans in eligible communities as early as 2023. The national program providing funds to all eligible Americans would begin in 2028.

Of course, the bill would need to pass Congress and be signed by the president in order for this to occur. Although it has several Democratic cosponsors, the likelihood of that happening in the current Congress where Democrats have a slim majority isn't high.

Still, the introduction of the bill makes clear that the success of stimulus checks could eventually lead to a policy shift in which the government does provide more direct financial support as part of its poverty-fighting efforts.