Stimulus Check Update: What We Know About the Possibility of a Fourth Direct Stimulus Payment 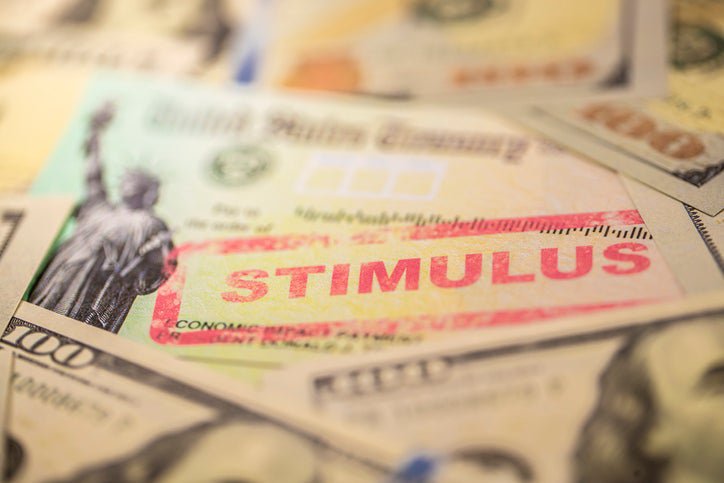 As of late May, over 160 million Americans had received money from the third round of direct stimulus payments. This money, which totals more than $388 billion, has had a significant impact on household finances across the country, helping to fill cupboards, bank accounts, and alleviate some of the depression and anxiety that people were feeling due to the financial ramifications of the pandemic.

To say stimulus payments have helped Americans in need would be an understatement. But, while the IRS continues to send out the third stimulus in the form plus-up payments to Americans across the country, talks have now turned to the potential for a fourth stimulus payment.

There is a significant amount of confusion behind these talks, and it's important to clarify the information surrounding a possible fourth direct stimulus payment.

Here's what we know about a possible fourth stimulus check

Here's what we know about a possible fourth stimulus check:

1. Another stimulus check could benefit millions of low-income households

Should President Joe Biden decide to introduce another direct payment to Congress -- and should Congress decide to support another stimulus payment -- the impact could be profound.

In fact, it could help to lift 7.3 million Americans out of poverty, which is a huge benefit, not only to Americans in need, but to the economy as a whole.

2. Americans are using this money for food and bills

There have been a lot of misconceptions about how the money from the last few stimulus checks was used. A recent analysis of the stimulus data from the Census Bureau helped clear some of this misinformation up, however.

What the data showed was that the last two rounds of stimulus checks -- which were issued starting in late 2020 and again in March 2021 -- were used, in major part, to help people buy food and pay necessary bills. The money from these two stimulus checks helped reports of food shortages drop by 42% from January through April.

These checks also made a huge difference to households across the nation -- especially lower-income households. Per the data, the rates of financial instability fell overall by 45% after the last two checks were issued. And, the households that benefited the most from the direct payments typically had the lowest incomes.

3. Biden isn't opposed to the idea, but he hasn't proposed a fourth round of checks -- yet

"The president is certainly open to a range of ideas," Psaki said on June 3.

That said, Biden did not include a fourth round of direct payments in his recent $4 trillion spending proposals. Lawmakers are in the fourth week of talks over these proposals, and thus far, direct stimulus payments have taken a back seat to infrastructure, education, and childcare.

4. It could be an uphill battle with lawmakers

Dozens of Democratic lawmakers have signaled their support for a fourth stimulus payment. That said, it would still be an uphill battle, should Biden decide to propose a fourth payment to Congress.

The reality is that Democrats will have to keep everyone in their party on board in order to have enough support for another round of direct stimulus payments. They can't afford to lose the support of a single Democratic senator -- unless they can manage to pick up a Republican, and that really isn't likely.

5. Millions of Americans are on board with more stimulus money

A Change.org petition calling for ongoing, monthly stimulus payments to all Americans has received significant support from people across the nation. As of May 2, the petition had millions of signatures -- and it had grown significantly by early June.

6. The millions of unemployed Americans could use the financial boost

It may seem like the job market is getting on track -- and overall, it is -- but there are still millions of unemployed people who could really use the boost from another round of stimulus money.

According to the May 2021 jobless report issued by The Bureau of Labor Statistics, about 9.3 million are still unemployed. That number is down considerably from the pandemic unemployment highs, which occurred in April 2020, but it's still significant. Only about 5.8 million were out of work as of February 2020, right before the pandemic struck.

Over 160 million stimulus payments have been sent out so far

As of mid-May, 164 million stimulus checks had been sent out to qualifying Americans. This totals a whopping $388 billion in direct stimulus payment money.

And, about 460,000 of those payments were sent out as plus-up payments -- which is extra money that is being paid to people who received less stimulus money than they should have gotten prior to filing their taxes. These payments are being issued weekly as the IRS continues to process tax returns for 2020.

While a fourth stimulus check isn't completely off the table at this point, chances are not looking great that Americans will see another direct payment hit their bank accounts if the pandemic recovery stays on its current trajectory. Some Americans may still have plus-up payments to look forward to, however, and monthly expanded Child Tax Credit payments will begin in July for eligible parents and caregivers.