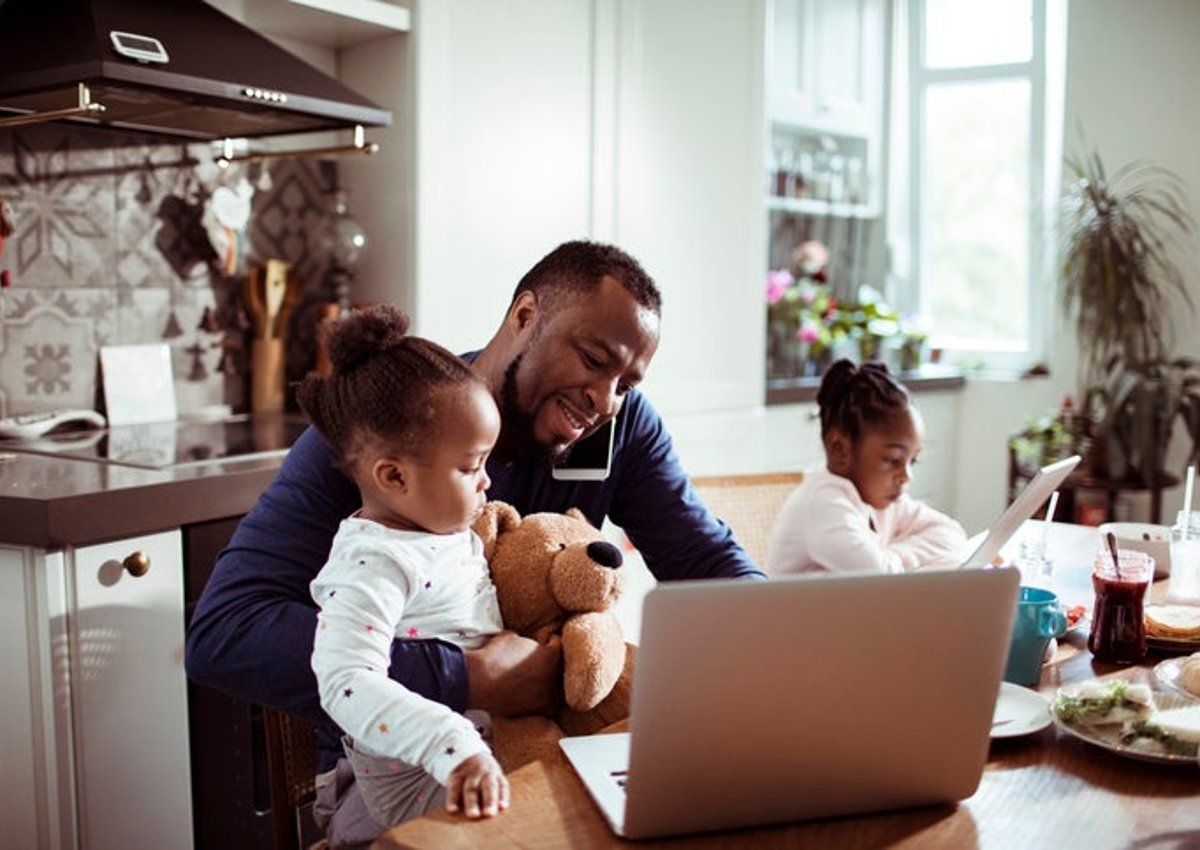 It is clear that monthly Child Tax Credit payments are doing the job they were intended to do.

Made possible by the passage of the $1.9 trillion American Rescue Plan, not a single Republican lawmaker crossed the aisle to vote for the package. And yet, it was one of the granddaddies of the conservative movement who initially embraced a plan to send a monthly stipend to families with children. That was Richard Nixon, a die-hard conservative and the man who hoped to boost the federal government's support of families with children.

More than 50 years ago, the House of Representatives passed Nixon's plan -- twice. Both times, it was killed in the Senate, where those even more conservative than Nixon balked at the price and swore that sending money to families would make parents lazy.

Before the American Rescue Plan, U.S. families earning at least $2,500 in qualifying income annually could claim at least part of a $2,000 per Child Tax Credit (for children through age 16). And yet, approximately 27 million American kids were not eligible for the tax credit because their parents did not earn enough taxable income. Because of the way the Child Tax Credit was set up, many families with meager incomes received nothing at all.

The American Rescue Plan tweaked the Child Tax Credit to reach more people. For one thing, it allowed parents who aren't typically required to file a tax return to sign up for the Child Tax Credit. This small change has led to monthly deposits into the bank accounts of those who can most benefit from the help.

Another change brought about by the American Rescue Plan is a boost in the Child Tax Credit that families can receive. Now, instead of $2,000 per child, eligible families can receive up to $3,600 for each child under the age of 6, and $3,000 for kids aged 6 to 17.

The monthly Child Tax Credit payments scheduled to end in December represent one half of the total Child Tax Credit for 2021. Parents can claim the other half when they file their 2021 tax returns early next year.

While the monthly Child Tax Credits are scheduled to end, the Biden administration is pushing to extend monthly payments through 2025. He plans to pay for the credit by increasing the tax paid by those earning over $400,000 annually. Although none of them voted for the American Rescue Plan, GOP senators like Mitt Romney, Marco Rubio, and Mike Lee have each introduced similar plans of their own, making the Child Tax Credit a more bipartisan plan than most.

As the second batch of Child Tax Credits is dispersed, we're learning more about the impact of the checks sent last month. According to research from the U.S. Census Bureau, the rate of hunger in the U.S. declined at a historic rate following the first expanded Child Tax Credit payment.

Immediately following the July payment, there was a 24% decrease in households suffering food insecurity. Because families without children did not experience the same reduction in food insecurity, we can be confident that the Child Tax Credit payment made the difference. Approximately 47% of families surveyed reported spending the money on food for the household.

Given that the summer began with approximately 12 million American children facing hunger, a 24% decrease in that number represents a good start.

Consider this: Across the country, the average cost of providing an infant with center-based childcare is over $14,000 a year. It's less in some states ($5,400 in Mississippi) and more in others (nearly $21,000 in Massachusetts).

In the meantime, the average annual income for a single mother is just north of $48,000. After taxes, insurance, and other deductions, that leaves the average single parent with around $33,000, or $2,750 per month. Once you deduct rent, groceries, transportation, and other essential expenses, it's easy to see how difficult paying for high-quality daycare would be.

It's no wonder that 17% of parents with at least one child under the age of 5 reports spending their Child Tax Credit on childcare costs.

The safest, most educational daycare facilities tend to be open to parents with money. The guaranteed continuation of the Child Tax Credit may help close that gap.

3. The working poor fall through the cracks

According to the Bureau of Labor Statistics (BLS), nearly 12% of the nation's population lived below the poverty line in 2018. The same year, 7 million Americans found themselves among the working poor -- people who work (or look for work) but don't earn enough to climb above the poverty line.

These are the folks who work -- or scramble to find work -- but can never quite stay afloat financially. They include families with children under 18, who are more than five times as likely as those without children to live in poverty.

Monthly Child Tax Credit deposits may not be enough to lift every family from poverty, but they can make life a little easier.

Society as a whole benefits when none of us goes hungry, children have a safe place to be while their parents work, and no one is left behind. One last interesting finding from the U.S. Census Bureau's report. 57% of the parents say they used at least part of the first Child Tax Credit to pay school-related expenses, like books, supplies, transportation, tutoring, and after-school activities.

When families are infused with extra cash, it goes toward making life better for their children. Now that they can see how well monthly installments of the tax credit work, there is no reason for the federal government to pull support. Only time will tell if the expanded Child Tax Credit survives beyond 2021.