Stimulus Update: Missing Your September Child Tax Credit Payment? You Aren't Alone, According to the IRS 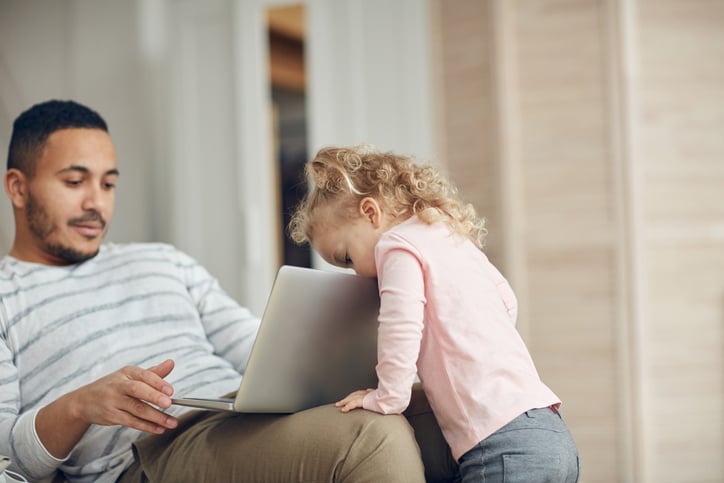 Missing your September Child Tax Credit payment? Don't panic. The IRS has confirmed that an issue is causing late payments for some people. Here's what we know so far.

The IRS has been sending out the monthly Child Tax Credit payments for the last several months, and the process has, for the most part, been pretty smooth. Each month, the federal agency sends out millions of Child Tax Credit payments, and while there have been glitches and a handful of other issues, they're minor compared to the problems that arose while issuing the stimulus payments earlier this year.

In total, the IRS is issuing about $15 billion in Child Tax Credit money each month to households who qualify, and it's had a significant impact on bank account balances across the nation. This money, which is technically an advance on the Child Tax Credit parents and guardians claim on their annual tax returns, has already helped millions of lower- to moderate-income families make ends meet. And the checks are scheduled to continue through December, which will further help cash-strapped families pay essential bills and fill pantries as the nation recovers from the weight of the pandemic.

But while the process of issuing the monthly payments has been relatively smooth overall, a handful of issues have popped up each month -- and this month was no exception. The last Child Tax Credit check was issued on Sept. 15, and while most households have received their payments, not all households have been so lucky. Some families who received their July and August checks are now reporting that their September checks are missing. Here's what we know about the delayed payments.

If you received your first two Child Tax Credit checks on time but are missing your September payment, don't panic. There have been numerous reports of parents complaining online about missing checks over the last few days, and now the IRS has confirmed there is, indeed, an issue.

"We are aware of instances where some individuals have not yet received their September payments, although they received payments in July and August," the IRS stated. "These individuals may not yet be able to receive a current status on the IRS.gov Update Portal. The IRS is currently looking into this situation, and we will share more information as soon as possible."

Interestingly, the issue appears to be affecting at least some households that received the first two Child Tax Credit checks, which means that the correct direct deposit or mailing information should already be on file with the IRS. Having outdated or incorrect information on file can cause issues with delays or lost payments -- but that doesn't appear to be what's causing the issue with the missing September payments.

This isn't the first time there have been issues with delays or missing Child Tax Credit payments.

An IRS system glitch in August also caused issues with delayed checks for some groups. In that case, the glitch caused households who had received their money by direct deposit to receive paper checks instead, which can take several days or even weeks longer to arrive than a direct deposit would. That glitch affected about 15% of the people who were slated to receive direct deposit payments for the August Child Tax Credit money.

Whether or not another IRS glitch is at fault for the current issue remains to be seen. We won't know what the problem is, or how the IRS plans to resolve it, until the federal agency shares more information.

How to track payments or update your information with the IRS

While we don't yet have a clear idea of what is causing the delays with the September payments, the good news is that you don't have to wait until the IRS updates us to find out more about your check. There are tools that will allow you to track where your payments are -- and check whether they have been issued yet.

If you want to track your payment, you can use the IRS Child Tax Credit Update Portal to get information about where your September payment is or find out whether the latest payment has been issued to you yet. You can also use this portal to make minor tweaks to your information.

Note, though, that when you log on to the non-filer system, you'll need to provide your name, mailing address, birth date, Social Security numbers for you and your dependents (or your other taxpayer ID), and your bank account and routing information. So make sure you have that information on hand before you log in.