The 5 Most Comfortable Airlines for Flying Economy 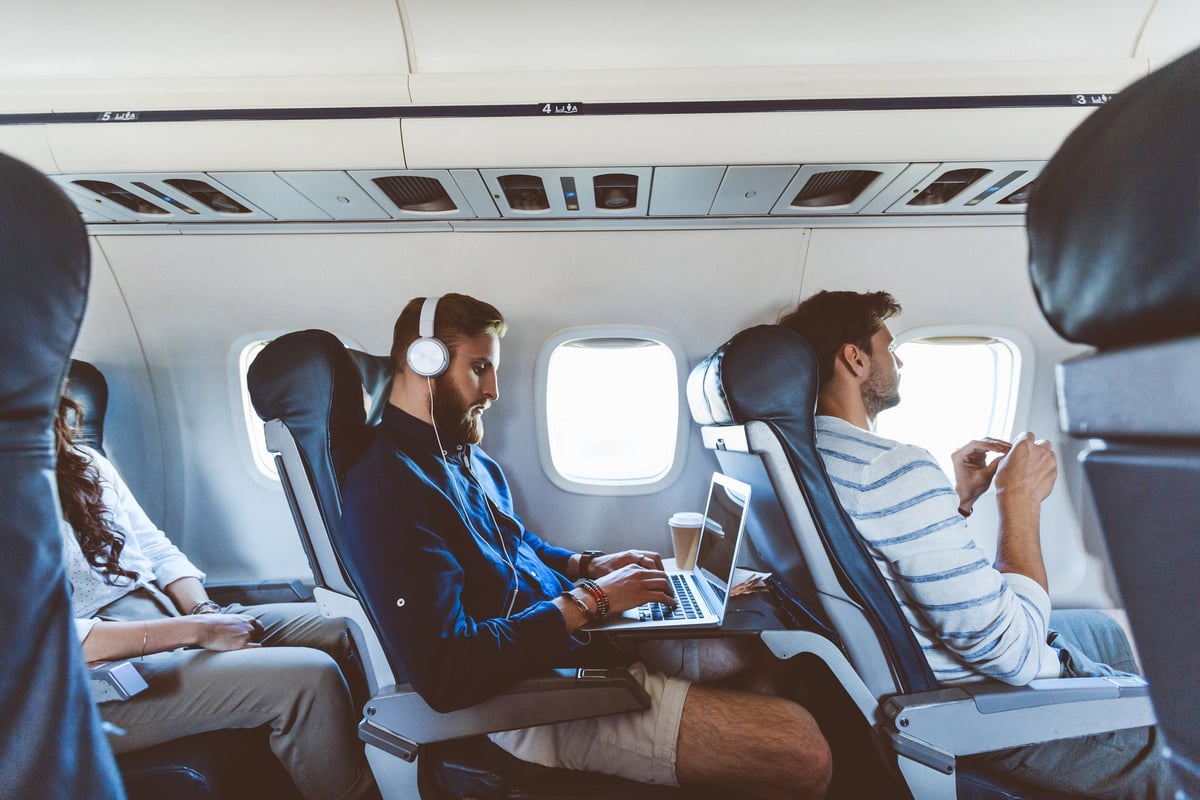 From legroom to in-flight entertainment, these airlines will keep you satisfied on a budget.

Flying economy is a great way to travel while keeping your personal finances under control, but you shouldn't have to sacrifice all your comfort to do so.

These days, it might feel like every airline is getting rid of leg room and in-flight amenities for passengers who aren't willing to shell out the big bucks, but there are still a few good ones left. With the right airline, you won't have to deal with your knees getting crushed by the seat in front of you.

We looked at economy seat dimensions, pitch (legroom), and in-flight amenities on the most common airplanes used by every major airline. The seat dimensions listed don't include all of the planes flown by each airline -- instead, we counted only those planes that economy passengers are most likely to fly on. Based on that data, here are the five best airlines for flying economy.

It's hard to beat JetBlue when it comes to both comfort and budget. The airline routinely has some of the best flight prices, and it doesn't skimp on economy seating to offer you a deal.

If you have to fly a long-haul international flight in economy, Emirates is the way to go. Its seats are spacious, and every seatback on every plane has a TV screen. Emirates also keeps the food and alcohol flowing, and it's known for serving up some of the best food of any airline.

If you want additional legroom but aren't willing to splurge on a business class ticket, you could always consider upgrading to Comfort+ for a few extra inches.

Hawaiian Airlines doesn't provide the best in-flight amenities, considering it doesn't offer wifi and only has seatback screens on some flights. However, it does offer roomier seats in economy than most airlines do. If you're flying to Hawaii in economy, Hawaiian Airlines is the way to go.

Alaska doesn't offer seatback screens. But on longer flights, you will have the choice to rent a tablet that's pre-loaded with ample entertainment options. You'll also get wifi access on all Alaska Airlines planes (except its Q400) and both power and USB outlets. This should have you covered in the entertainment department, and Alaska's seats are relatively generous as well.

Airlines might be skimping more and more nowadays, but if you choose the right airline, you can still travel on a budget in 2021 without sacrificing all your legroom.

Elizabeth Aldrich has no position in any of the stocks mentioned. The Motley Fool recommends Alaska Air Group and Delta Air Lines. The Motley Fool has a disclosure policy.
Many or all of the products here are from our partners that pay us a commission. It’s how we make money. But our editorial integrity ensures our experts’ opinions aren’t influenced by compensation. Terms may apply to offers listed on this page.