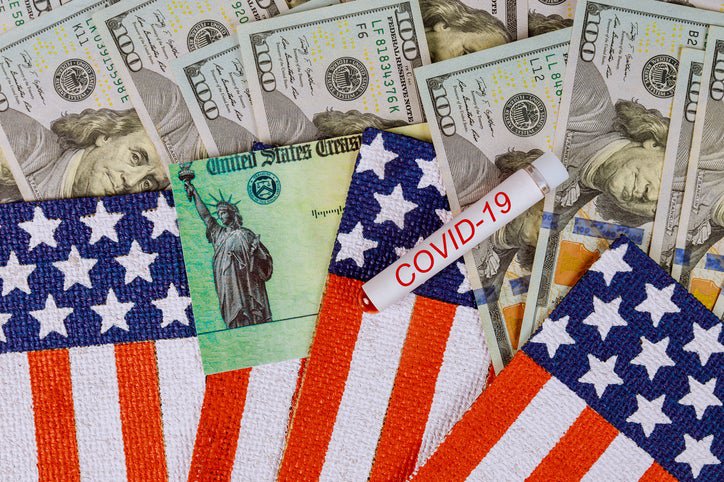 Stimulus checks are just the start of what's in the Democrats' bill.

It's based on the framework laid out by President Joe Biden, and it includes myriad forms of relief for Americans. Here's exactly what's in the massive proposal.

What's in the $1.9 trillion stimulus package?

This third stimulus check fulfills Joe Biden's promise to put $2,000 into Americans' bank accounts -- the $1,400 combines with the $600 delivered by stimulus legislation President Trump signed into law in December.

Phase-out rules for eligibility are different: Individuals with incomes of $100,000 or more receive no payments, and the cutoff for couples is $200,000. These new limits address concerns from Republicans and conservative Democrats, including Maine Republican Susan Collins and West Virginia Democrat Joe Manchin. These lawmakers argued that relief should be targeted toward lower-income households, and pointed out that Americans with six-figure incomes could receive stimulus money under the old phase-out rules.

Help for the jobless

Freelancers, gig workers, and those who aren't normally eligible for unemployment were granted benefits under the Pandemic Unemployment Assistance Program authorized in prior COVID-19 relief bills. The Pandemic Emergency Unemployment Compensation Program, also part of past legislation, extended the duration of benefits beyond what states normally allow. Both of these programs were set to expire in mid-March, but the new stimulus package extends them through Aug. 29.

Workers receiving unemployment benefits currently get an extra $300 in federal aid on top of state aid, a boost also slated to end in March. The relief bill increases that to an extra $400, and provides the additional funds through the end of August.

Currently, parents can claim a child tax credit valued at up to $2,000 per child -- but the credit is only partly refundable, so lower-income Americans who don't pay at least $2,000 in taxes can't take full advantage of the credit. The legislation increases the amount parents can receive in 2021 and makes the credit fully refundable. The credit will be worth $3,600 for children under six and $3,000 for kids from six to 18.

The earned income tax credit is commonly claimed by lower-income workers, but there are strict eligibility limits. The stimulus legislation expands eligibility by allowing workers as young as 19 to claim the credit even if they have no children. Currently, the minimum age for childless workers is 25. Also, there's an upper age limit under current law that the stimulus legislation eliminates. The current maximum earned income tax credit for childless individuals is tripled under the proposal.

Under The Affordable Care Act, Americans with incomes up to 400% of the poverty level are eligible for insurance subsidies. The stimulus legislation expands these limits and makes funding available to more families. It also reduces the maximum that individuals have to pay for coverage from 10% of income to 8.5%. Lower-income Americans and the unemployed would get extra subsidies to reduce premiums to $0.

Workers who opt for COBRA coverage after a layoff also get help covering premiums. They would be required to pay just 15% of the cost through September.

An increase in the federal minimum wage

The federal minimum wage is currently $7.25 per hour, but this bill boosts it to $15 per hour by 2025. Tip workers, disabled workers, and younger workers would also be guaranteed the minimum wage, which is not currently the case.

In addition, the legislation:

Will this stimulus plan become the law?

The House of Representatives is expected to pass this lengthy bill the week of Feb. 22. However, it faces more hurdles in the Senate.

Democrats have just 50 of 100 votes in the Senate, so they cannot overcome a filibuster of legislation without the votes of 10 Republicans. While they may be able to use a process called reconciliation that requires just 51 votes to pass a bill, they cannot afford to lose a single member who caucuses with them. And there are restrictions on what can be passed through reconciliation, so some provisions -- such as an increase to the federal minimum wage -- may not pass muster.

Still, with Democrats in control and reconciliation available, some version of this legislation will almost assuredly be signed into law soon -- likely before mid-March, when some workers will otherwise lose expanded unemployment benefits. Those hoping for help from D.C. should watch carefully in the coming days: Relief may be on the way.