The Fed Could Raise Interest Rates in 2023. Here's How It Could Impact You 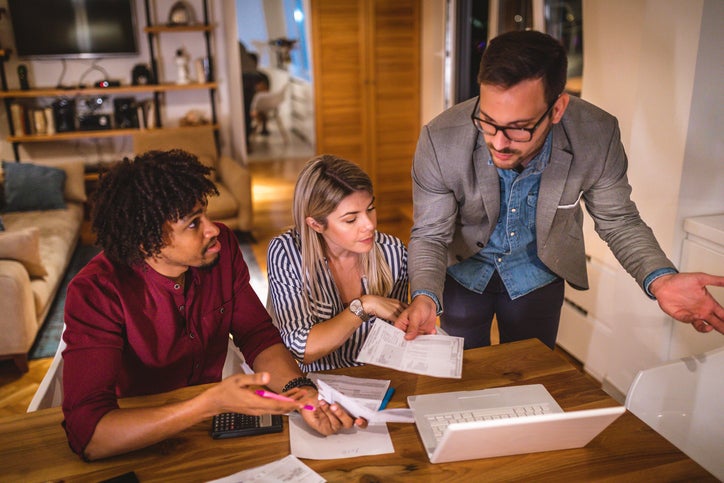 Interest rates won't stay where they are forever. Here's what to know.

The Federal Reserve has kept interest rates near zero to help spur an economic recovery in the wake of the pandemic. In March, the Fed affirmed its plan to stick to near-zero interest rates. But this week, it changed course and said it expects to raise interest rates in 2023. And that could impact people in a number of ways.

To be clear, the Fed doesn't set consumer interest rates. Rather, it establishes the federal funds rate -- the rate banks charge one another for short-term borrowing. But the Fed's policies can impact consumer rates, too.

Right now, for example, savings account interest rates are abysmally low, and people are earning little money on the cash they have socked away. At the same time, personal loan interest rates are lower, which means it's cheaper to borrow affordably. Mortgage rates have also been lower, making it less expensive for buyers to finance home purchases.

What should you do in light of rising rates?

Though the Fed isn't planning to raise interest rates for a couple of years, it could pay to make certain moves sooner rather than later, given where consumer interest rates are today.

First, if you have money in a certificate of deposit that's about to mature, consider stashing that money in savings -- right now, savings account rates and CD rates are comparable. But by 2023, CD rates could climb, making a CD a smarter choice. If you prefer keeping the money in a CD instead of savings, choose a six-month or one-year CD. Don't tie up your money in a new five-year CD -- if rates rise, you'll be stuck with the rate you lock in today.

Similarly, if you own a home, you may want to refinance your mortgage. Refinance rates, like purchase mortgage rates, are attractive right now, and if you swap your existing home loan for a new one, you might lower your monthly payments substantially and pay less interest over your repayment period.

Along these lines, you may want to do a cash-out refinance (borrowing more than your existing mortgage balance) to pay off other debt, like a credit card balance. Or, you might look into a personal loan, since rates are lower now. If you use a personal loan to pay off credit card debt, you could save yourself a lot on interest.

We don't know exactly how consumer interest rates will fluctuate over the next few years, but it's fair to expect them to rise. Make sure you capitalize on low interest rates for borrowing while you can. At the same time, don't lock yourself into a CD, so you're ready to benefit if bank account rates improve.