The Gender Wealth Gap: Why It Matters, and What You Can Do To Change It 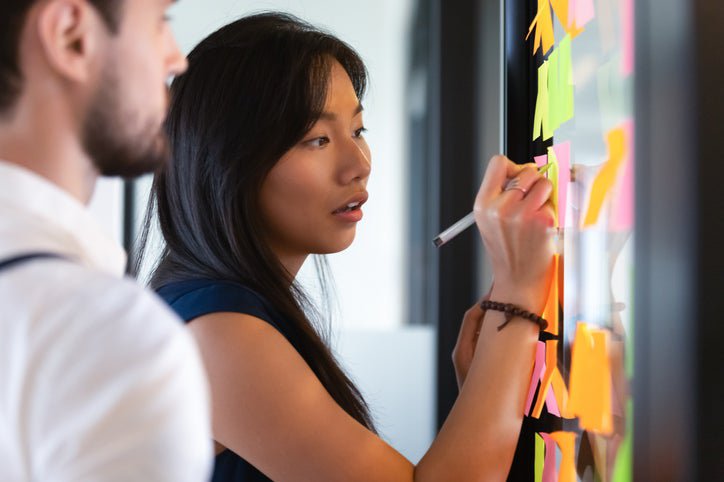 The battle for gender equality has been a mainstay feature in the news during 2020, with the gender pay gap at the forefront. The latest data shows that women on average earn $0.82 for every $1 earned by men. What you don't hear mentioned as often is the gender wealth gap. The reality is that even with increased wages, the overall financial health for a majority of women still doesn't compare to their male counterparts. Here's a more in-depth look into the gender wealth gap, how the current pandemic has widened the gap, and what you can do to change this trend.

What is the gender wealth gap?

The numbers are staggering. According to a 2017 report by Closing the Women's Wealth Gap, U.S. women own just $0.32 for every $1 a man owns. That amount is even lower for Black and Latina women -- mere pennies to every dollar owned by white men and women.

Income is certainly a determining factor when looking at the gender wealth gap. Other factors to consider include:

The report unearthed some alarming reasons behind the gender wealth gap. Some of these reasons include:

Even though women are more likely to repay debts, the system is designed to favor men.

Speaking of debt, just look at the student loan debt crisis in America. An updated 2018 American Association of University Women report shows that women account for nearly two-thirds of student loan debt in the U.S. It's difficult to build wealth when your focus is on paying off debt.

Krawcheck and Ellevest have done their part to help women build wealth. The company offers career and financial coaching, banking and investment products, and an advanced investment algorithm designed specifically for women. Ellevest's algorithm accounts for pay gaps, longer life spans, and other factors faced specifically by women. A 2020 scientific study revealed that, on average, females live 7.8% longer than men. That means women need to set aside more money than traditional retirement calculations account for so they don't run out.

The pandemic's impact on the gender wealth gap

The pandemic has played a significant role in widening the wealth gap, too. "The pandemic is hitting women's pay, women are losing their jobs more than men, and gender roles are being reinforced even more than before," says Krawcheck.

Recently, software company Qualtrics partnered with the theBoardlist to survey 1,000 U.S. adults on the pandemic's effects on their career. Here's what the survey revealed:

How you can fight to close the gender wealth gap

Closing the gender wealth gap requires all of us to become more aware of the gender bias around us, including our own. A vast majority of Americans grew up with defined gender roles that included men as the breadwinners and women as caretakers of the household and children. That's no longer reality for many, yet those roles are still being reinforced.

Many women have left the workforce in 2020 because of fewer childcare options and children attending school remotely from home. Women working from home are expected to keep up with their careers while caring for children and household duties.

"Share the wealth," says Krawcheck. Men should take responsibility to handle as many of the daily household demands as possible. Selflessness will go a long way in writing new definitions for gender roles.

Talk to kids about money the same, regardless of gender

Families have traditionally approached money talks with boys with a mindset of abundance, strength, and power. Girls, on the other hand, receive advice from a position of scarcity and weakness.

Did you know there's even a gender allowance gap? According to data gathered by BusyKid.com, boys average a weekly allowance of $13.80, while girls average just $6.71.

Parents have a significant influence on how a child grows up thinking about finances. It's time to start paying more attention to the messages we send children about gender equality. Not just with our words, but actions too. The way we teach girls about money should look similar to the message we send boys.

Employers play a major role in continuing the disparity between men and women in the workplace. "During the pandemic, men have received three times as many promotions as women," says Krawchek.

It's vital for businesses to understand their pay gap and check any biases that exist. Krawcheck says, "If you haven't measured your gap yet, you have one."

Do your part to ensure your employer and other companies are putting their best foot forward to close the gap and provide an equal playing field for women.

Closing the gender wealth gap isn't a small task. Legislation still exists that hinders gender and race equality. Now is the time to speak up and speak out. Become informed on current laws that further the gender wealth gap, including lending and tax laws. Contact your elected officials and let them know how you feel.

Kevin Payne is a personal finance writer specializing in credit cards, banking and student loans. He is the budget and family travel expert behind FamilyMoneyAdventure.com.