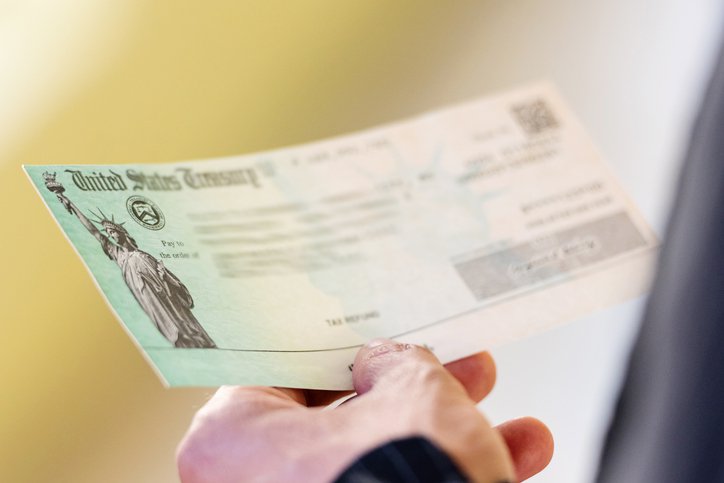 Just when we thought $600 stimulus checks were a done deal, Democrats in the House of Representatives led the fight for more money.

If the verbal sparring over relief checks has given you emotional whiplash, it may interest you to know that the fight is not yet over. The House of Representatives passed a measure Monday afternoon to increase stimulus checks for Americans from $600 to $2,000.

In a rare instance of political unity, Democrats agreed with President Donald Trump's call for larger stimulus checks. Last week, Trump threatened to veto a new $2.3 trillion stimulus package if Congress refused to increase the amount of the checks to $2,000.

On Sunday, as a government shutdown loomed, Trump signed the stimulus package as it stood, with $600 relief checks going to single Americans earning $75,000 or less and a total of $1,200 going to couples earning $150,000 or less.

Still, lawmakers in the House planted their flag on Trump's request for more aid. Voting on the issue began Monday afternoon, and by Monday evening the measure had passed in a 275-134 vote. The vote required a two-thirds majority to pass, which meant the bill needed the support of more than 40 members of the opposition party. The burning question leading up to the vote was how many members would be willing to cross the aisle in support of the measure.

Now that the House of Representatives has managed to pass the bill promising higher relief payments, the Republican-controlled Senate gets the final say. Given the Senate's partisan nature and the fact that some GOP lawmakers are slowly turning away from the lame-duck president, Trump's ask is far from a slam dunk.

While Wall Street reacted to Trump signing the $2.3 trillion bill by posting record highs on Monday, millions of Americans are still without full-time employment. And because Trump waited until Sunday to sign the stimulus package, unemployment benefits for 14 million people lapsed on Saturday. Trump's delay in signing means that jobless workers receiving federal unemployment benefits will miss out on one week of $300 payments.

As Trump plays golf on Monday, and President-elect Joe Biden expresses support for $2,000 checks, the Senate will now officially go on the record as being for or against more aid to struggling constituents.