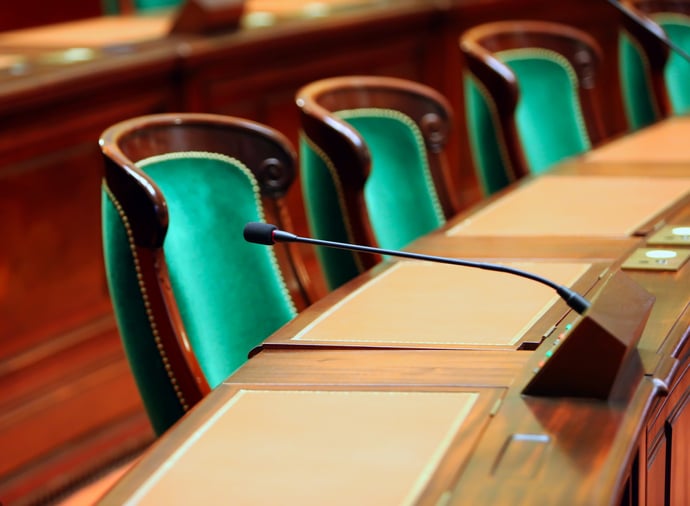 Will lawmakers heed the president's words and come to an agreement?

More coronavirus stimulus money is sorely needed, according to economists, business leaders, centrist lawmakers, and the American public. President Donald Trump is also now on board with providing substantial additional financial relief to Americans. That's in spite of his instructions to call off negotiations on a coronavirus stimulus bill less than 10 days ago.

The president's team upped the amount they're willing to spend on COVID-19 aid. They recently proposed a $1.8 trillion relief package despite their previous insistence that the price tag of any bill not exceed $1.5 trillion.

Since then, Republican Senate Majority Leader Mitch McConnell announced the GOP's first order of business when the Senate returns on Oct. 19 will be to vote on a limited stimulus bill. The bill boosts unemployment benefits, institutes new liability protections for businesses, and renews Paycheck Protection Program loans for small businesses. However, it's not clear if the scaled-down bill will pass.

Trump also told Rush Limbaugh's radio show that he'd prefer to offer a larger bill than either Democrats or Republicans were proposing. The administration had previously expressed concerns that the Democrats were asking for too much money to help Americans cope with the effects of the COVID-19 pandemic.

Now, however, the president has doubled down on his stance that the next stimulus be substantial. He made his position clear in a statement yesterday, tweeting: "STIMULUS! Go big or go home!!!"

Will lawmakers heed the president's call?

The president's proclamation followed statements made by House Speaker Nancy Pelosi in a letter to colleagues. The top Democrat called the White House's $1.8 trillion offer inadequate to deal with the scope of the crisis.

Trump's latest tweet appears to side with the Democrats belief that large-scale relief is more important than the fiscal concerns expressed by many members of his own party.

Senate Republicans have been generally reluctant to embrace the type of big spending the Democrats favor and that the president now appears to be endorsing. Leaders on the right have repeatedly proposed smaller-scale relief instead.

Indeed, the limited stimulus bill that will be put to the Senate next week likely wouldn't be classified as "going big," as the president so recently advised Congress to do. It's also piecemeal relief that has thus far been roundly rejected by Democrats who want a comprehensive package.

Sadly, there's just a few short weeks until the election. Hearings are underway on the nomination of Amy Coney Barrett to the Supreme Court, and the Republicans' scaled-back bill is unlikely to get the majority of votes. It's doubtful that Trump will be able to sign the type of large-scale relief he's asking for any time soon.

Of course, anything could happen after the election. But if Americans need to wait for an undivided government to pass relief legislation, they may not see any money in their bank accounts until February at the earliest. And if neither Republicans nor Democrats take control of all three branches of government and negotiations continue to fail, a second stimulus check and other important aid could take even longer.