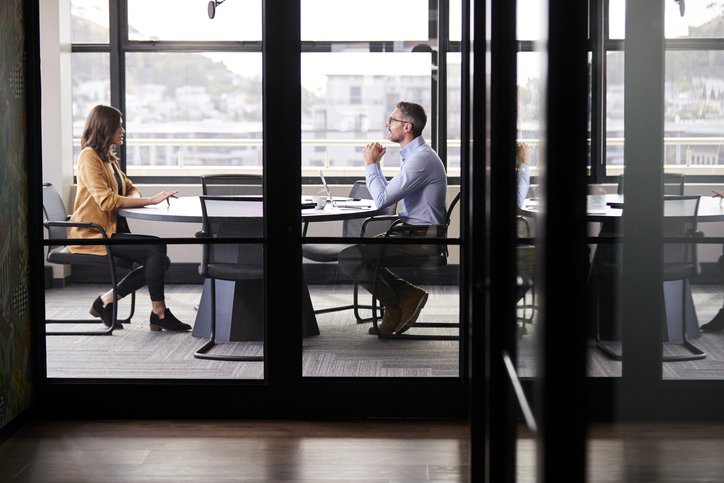 After two weeks of higher-than-expected claims, the number of new claims filed has come back down.

Though the U.S. economy has been in much better shape lately compared to where things stood early on in the pandemic, weekly jobs claims ticked upward in June for a couple of weeks in a row, and that surprised economists. But this past week, that number fell again, and in a very big way.

For the week ended June 26, new jobless claims came to 364,000. That's actually a pandemic low. It was also a much lower number than the 390,000 new claims economists were anticipating for the week, and it represented a 51,000 claim decline from the previous week. In fact, the last time there were fewer weekly jobless claims filed was the week of March 14, 2020, at which point the full impact of the pandemic had yet to really hit home.

Seeing the number of new weekly claims decline is a good thing, at least from an economic recovery standpoint. Of course, that number is also coming at a time when more than half of states have made the decision to end boosted unemployment benefits. Some state lawmakers believe that by giving jobless workers an extra $300 a week, they're disincentivizing them to return to the labor force, since lower-income workers may be earning more on unemployment than they would at a job.

Thankfully, that boost is still in place in the remaining 24 states and isn't set to expire until the beginning of September. That gives more people without jobs a little more time to not only pursue different work opportunities, but also, secure steady childcare in order to return to work.

For many families, a lack of in-person school has been an impediment to getting back to work. The cost of full-time childcare is so high that it can, in many cases, virtually wipe out a low-income worker's earnings. Once schools reopen in full for in-person learning, which is expected to happen in the coming months, that burden should ease.

Weekly jobless claims don't paint as comprehensive a picture as the national unemployment rate, which is reported on a monthly basis. June's numbers should be released imminently, and economists are expecting a lower jobless rate than what was recorded in May.

As such, it's unlikely that boosted unemployment will get extended beyond its early September expiration date, especially since so many states have already pulled the plug on it completely.

But what about a fourth stimulus check? Though some Americans may still be holding out for one, the likelihood of a follow-up round of payments is looking pretty slim in light of where the economy is at.

The previous round of stimulus checks did help a lot of people catch up on bills, pad their savings, and pump much-needed revenue into local businesses. But at this point, it's harder to justify a fourth round -- even if weekly jobless claims are still coming in higher than they did before the pandemic began.