When Will You Get the Third Stimulus Check? 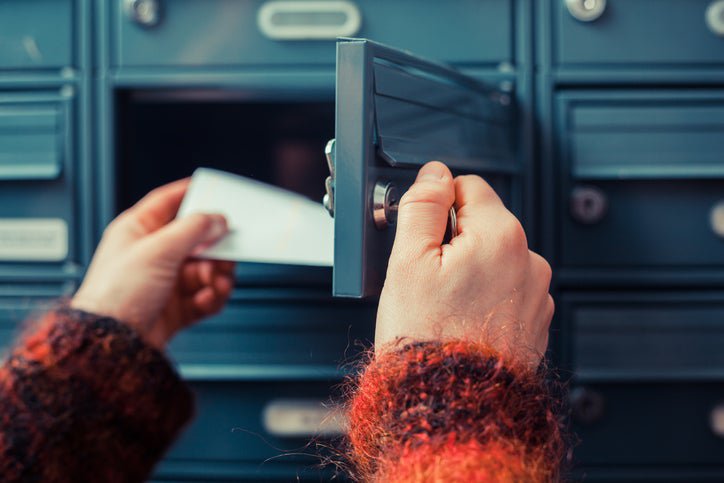 Waiting for that $1,400 stimulus payment? Here's when you might see the money land in your bank account or mailbox.

If you're waiting on news about the third round of stimulus checks, you're not alone. Nearly half of Americans are experiencing financial hardships a year after the coronavirus pandemic first caused mass layoffs and other economic damage, according to a new report from the Pew Research Center. With so many people struggling to find work or recover from the financial hit, the direct stimulus payments included in President Biden's $1.9 trillion COVID relief bill are particularly needed now.

Luckily, it appears we're on track for the bill to become law in the near future. Over the weekend, the bill cleared one of its biggest challenges when the Senate passed it. That momentum is welcome news for millions of cash-strapped Americans who need the direct stimulus payments to replenish bank account balances and put food on the table.

Here's what you can expect next with the COVID-19 relief bill -- and when you might see that $1,400 payment hit your mailbox or account.

What's next for the COVID-19 relief bill

The COVID relief bill, which includes money for expanded COVID testing, extra unemployment boosts, $1,400 direct stimulus payments, and other benefits, has been one of Biden's biggest priorities.

“When we took office 45 days ago, I promised the American people that help was on the way. Today, I can say we’ve taken one more giant step forward in delivering on that promise that help is on the way,” Biden stated in a press conference following Saturday's vote.

But while the Senate vote, a party-line 50–49 squeaker, brings us one step closer to Biden signing the bill into law, we aren't quite at the finish line just yet. There are still a couple of hurdles the bill needs to clear.

First, the bill goes back to the House for a vote on the revised version. If the bill passes the House, President Biden can sign it. The good news is that those last steps shouldn't take long. The House vote is expected soon, so the bill could hit President Biden's desk later this week.

That doesn't mean the checks will roll out right away, though. As we saw with the last two rounds of stimulus payments, it can take some time for the money to get to Americans who qualify.

When you could receive the third stimulus check

There are no firm dates, but President Biden recently announced that the first checks could arrive in March. And the IRS has said it's going to try to get this round of stimulus payments out quickly.

"We are keeping our eyes closely on the hill," Ken Corbin, chief taxpayer experience officer at the IRS, told CBS News.

That may not offer a specific time range, but we still have a good idea of how long it could take.

With the earlier bills, the IRS sent the first stimulus payments as soon as a couple of weeks after the bills were signed. It's likely we will see a similar timeline or an even shorter one if and when this bill becomes law.

That said, there could be holdups that slow down the process this time around. The IRS will likely issue these checks during tax-filing season, unlike the last two stimulus payments. The agency's handling both things at once could slow the rollout.

Payments also don't go out all at once. With the first two stimulus payments, the money rolled out first to recipients who had their bank account information on file with the IRS. Those who did not have current bank info on file had to wait much longer for their payments.

In many cases, it took a month or more for paper checks to land in the mailboxes of qualifying recipients. And, in some cases, checks didn't arrive at all, leaving those who should have received payment to claim the stimulus money on this year's taxes. Still other recipients received prepaid debit cards in the mail instead of checks. According to the IRS, about 8 million people were paid via debit cards, which took longer to send out.

Who is eligible for the $1,400 stimulus checks?

Unlike the other two stimulus payments, this round of checks will be more limited. To qualify for a full $1,400 stimulus check, a single person must make no more than $75,000. Married couples making up to $150,000 are eligible for $2,800. Money for qualifying dependents will also be part of the payments.

The stimulus payment amounts are lower for Americans with incomes above those thresholds, and phase out entirely for single Americans making over $80,000 and couples earning over $160,000. That differs from the cutoffs on the first and second stimulus checks -- $100,000 for individuals and $200,000 for married couples. However, fewer dependents qualified in the earlier rounds of checks.