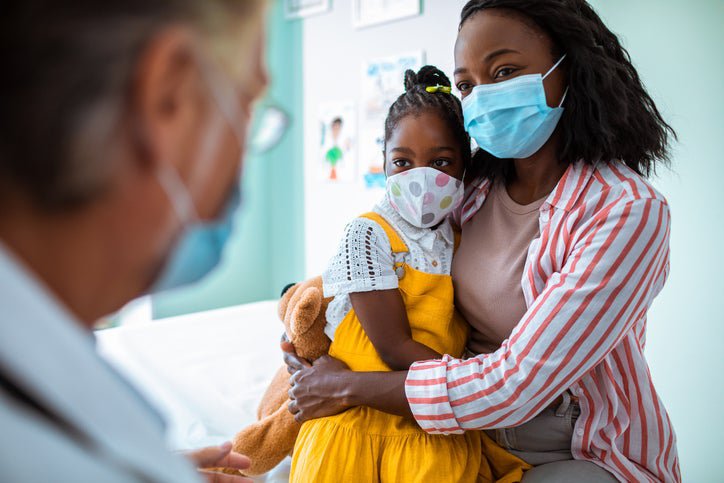 The American Families Plan could provide sick leave as well as up to $4,000 per month in paid family leave.

For many people in the United States, getting sick, having a baby, or the illness of a family member can lead to a tough choice.

While there are laws such as the Family and Medical Leave Act that guarantee some workers unpaid time off, many people who take advantage of these policies end up going without an income because their employers don't offer paid leave.

President Joe Biden wants to change that. The President has put forth a proposal for legislation called the American Families Plan that would establish a national paid family leave program. If the plan were to pass, this could be a major change for millions of workers nationwide.

What paid-leave benefits are in the American Families Plan?

This leave would be available for qualifying individuals who:

This leave plan would be phased in over time, with the full 12 weeks only available after 10 years of the program going into effect. However, workers would immediately be eligible for up to three days of bereavement leave starting in the first year after the legislation passes. The estimated cost of the program would be approximately $225 billion over 10 years.

President Biden is also calling on Congress to pass the Healthy Families Act, which would mandate that employers allow workers to accrue up to seven days of paid sick leave each year. This leave could be used when an employee falls ill, to care for a sick child or family member, or to get preventative care such as flu shots.

While President Biden is aggressively advocating for these policies and has spoken about his desire for reforms in front of a joint session of Congress, there is no guarantee that the American Families Plan can get the necessary votes to become law.

Democrats have a narrow majority in the U.S. House of Representatives and Senate. To become law, the plan would need 60 votes in the Senate to overcome a filibuster, or it would need to pass with 51 votes through an alternative process called reconciliation, which cannot be filibustered.

The Democrats have 50 votes in the senate, and Vice President Kamala Harris can break ties and provide the 51st vote for a bill passed through reconciliation. But some conservative Democrats have indicated they'd prefer a bipartisan plan to a reconciliation bill, and it's unlikely enough Republicans will sign on to the president's current proposal to overcome a filibuster.

Still, there is some bipartisan support for paid leave, and it's a strong priority among Democrats. That's why it's a possibility more Americans could soon get at least some paid time off in the future. Until that becomes a reality, however, it's especially crucial to have an emergency savings account if your employer doesn't voluntarily offer paid time off. That way, you'll have a better chance of being able to cope with any medical emergencies that hit your household.