Study: How Americans Are Preparing Their Finances for the 2020 Election 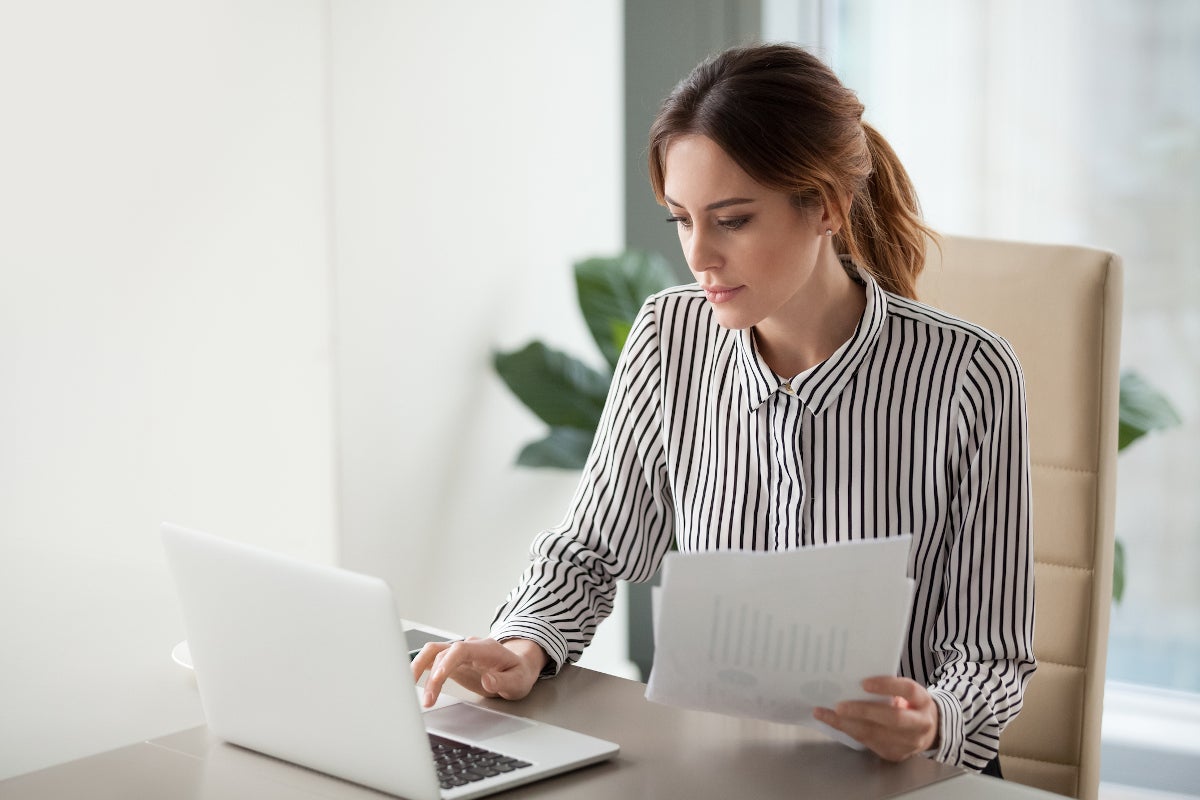 Americans are preparing to cast their votes in 2020's presidential election. 43% of Americans are also taking steps to prepare financially for the election and possible change of administration in January.

These elections are always heated, but this year's coronavirus pandemic has driven the stakes even higher.

Now, voters must not only choose the candidate who's most likely to enact policies that strengthen our country, but they'll also need to determine which candidate is most likely to help us emerge from the coronavirus pandemic and fuel the swiftest economic recovery possible.

We surveyed 2,000 Americans to ask if they're preparing their finances for the November 2020 election. And, if they are preparing, what steps they're taking.

Let's take a look at how Americans are preparing their bank accounts for the election.

Americans are saving more, spending less, and preparing for emergencies

43.1% of respondents (that equates to over 142 million Americans) said they're making financial preparations specifically for the election and possible administration change.

Voters who planned on voting for someone else or weren't yet sure were less likely to be financially preparing.

Here's the percentage of Americans that are taking each of these steps, according to our survey:

That's a lot of people making a lot of financial moves before November 3. Let's take a closer look at what Americans are doing to prepare their finances for the election.

26% of Americans are boosting their savings

We don't know how long it will take for our economy to recover from the events of the past seven months. Furthermore, if the coronavirus pandemic worsens, the possibility for additional shutdowns exists, and that's something Americans need to be prepared for.

As such, 26.00% of Americans are putting more money into their savings accounts so they have cash on hand as needed. (We didn't ask this group of respondents how much they have saved, but a recent study by The Ascent found the average American to have $3,500 in savings.)

That said, about 5% of Americans are putting less money into savings ahead of the election. It could be that they have faith in their candidate's ability to restore the economy quickly.

25% of Americans are reducing their spending

Spending more conservatively is a wise move right now given the economic uncertainty that abounds. 24.70% of Americans are reducing their spending to gear up for the November election.

The average American household spends just over $5,100 a month. If people are spending less, it also makes sense that many of them are saving more.

That's a wise move if your savings aren't robust and you want to boost them before the general economic climate worsens -- which could happen if the pandemic gets worse in the winter months and widespread shutdowns become inevitable.

22% of Americans are adding to their emergency funds

An estimated 21.85% of Americans are putting more money into emergency savings. That's a strategic move at a time when, to some degree, no job is safe.

Since we don't know who will win the election, putting more money in an emergency fund is a smart move, especially if a prolonged recovery ensues.

15% of Americans are paying off their loans

High levels of debt and job/income loss don't mesh well. While we don't know exactly how the upcoming election will impact the economy, it's clear that many Americans are worried about their finances and want to put themselves in a stronger position to withstand a bout of increased economic turmoil.

As such, 15.30% are paying off existing loans so they have fewer expenses to grapple with later on.

10% of Americans are changing their investment strategies

A good 9.95% of Americans are rethinking the way they approach their investments and are shifting their assets to accommodate the uncertainty that lies ahead.

The stock market has, historically speaking, been more volatile during election years than non-election years, so reassessing an investment portfolio is a wise thing to do right now.

JPMorgan also reports that the stock market tends to react more favorably to Republican presidents, and given President Trump's 2017 tax overhaul that largely benefitted corporations, it's fair to assume that if Biden is elected, there could be some backlash.

However, in the absence of a crystal ball, it's hard to predict how the market will respond.

Of course, it's important to keep in mind that the stock market isn't necessarily reflective of the U.S. economy. In fact, there's been a huge disconnect over the past seven months. While the jobless rate has skyrocketed, stocks have performed remarkably well.

6% of Americans are refinancing their mortgages

An estimated 6.3% of Americans are refinancing their mortgages now, ahead of the election. But that may be a function of historically low interest rates more than political concerns.

Mortgage rates have held steady at low rates since the summer, and with a new refinancing fee set to go into effect on December 1, now's a good time to swap an existing home loan for a new one.

Furthermore, presidents don't directly dictate mortgage rates, and neither does the Federal Reserve. While the results of the election could move interest rates upward, they could also drop further, but because we do know that a costly refinancing fee is coming, it pays to refinance sooner rather than later.

4% of Americans are buying or selling a home

Then again, low mortgage rates make it an appealing time for buyers, despite having to pay a premium for a home.

We asked our respondents specifically about what they're doing to prepare for a possible coming change of administration, and told them not to mention things that they'd be doing regardless of the election. All told, 4.1% of Americans are either buying or selling a home to prepare for November 3.

While Joe Biden has pledged to enact a homebuyer tax credit if elected, that wouldn't necessarily be driving the decision to buy or sell today.

How should you prepare for the upcoming election?

No matter how you're planning to vote this November, it wouldn't hurt to plan for some degree of upheaval as the country processes the results of the election and a new president takes office.

The stock market could take a tumble following the election -- or not. We just don't know. If you rely on your investments for income, it wouldn't hurt to have more money in regular savings in case your portfolio value declines and you want to give it time to recover.

Furthermore, given the state of the economy, it's a good idea to have extra money in savings (emergency or otherwise), less debt, and a well-balanced investment portfolio.

Regardless of which candidate wins and what his recovery plans look like, it could be months before the U.S. economy resembles its pre-pandemic state, so the more you prepare for that possibility, the more financial security you'll buy yourself during these unprecedented times.

The Ascent distributed this survey via Pollfish to 2,000 American adults ages 18 and over on October 7, 2020. While efforts were made to create a representative sample, there is variability in any sampling method, and no strict statistical testing was performed. 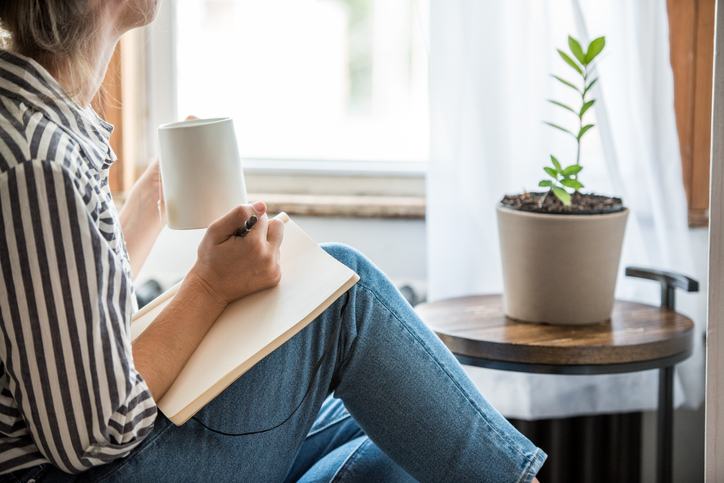 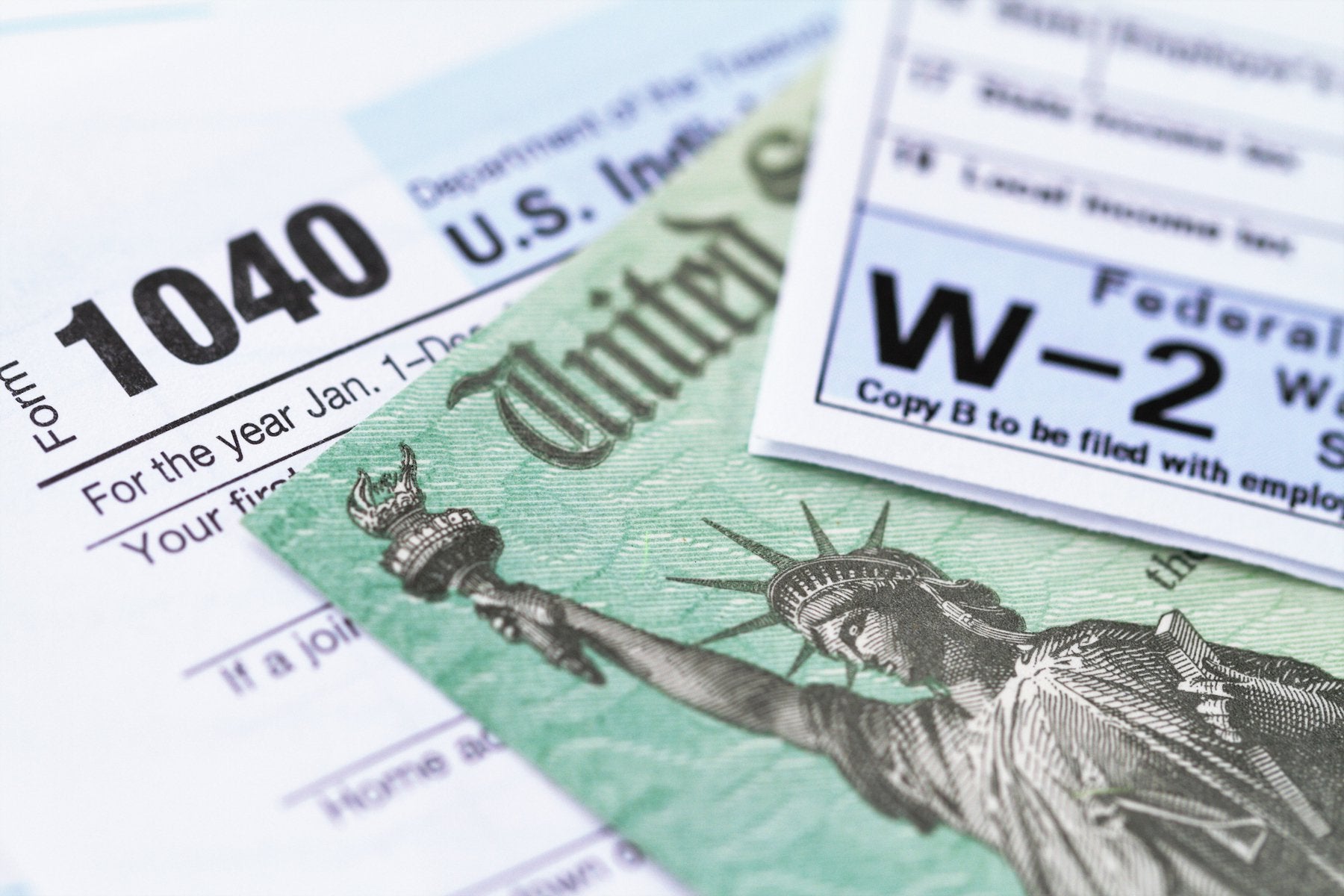 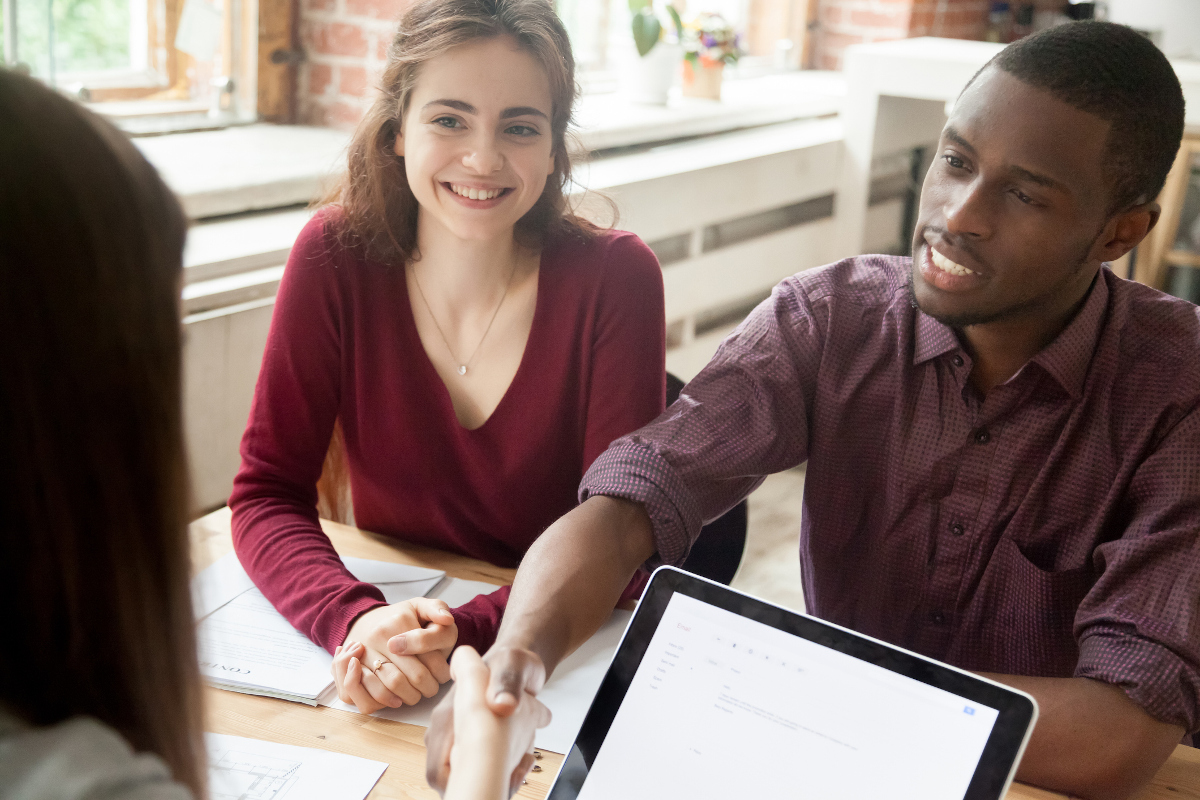 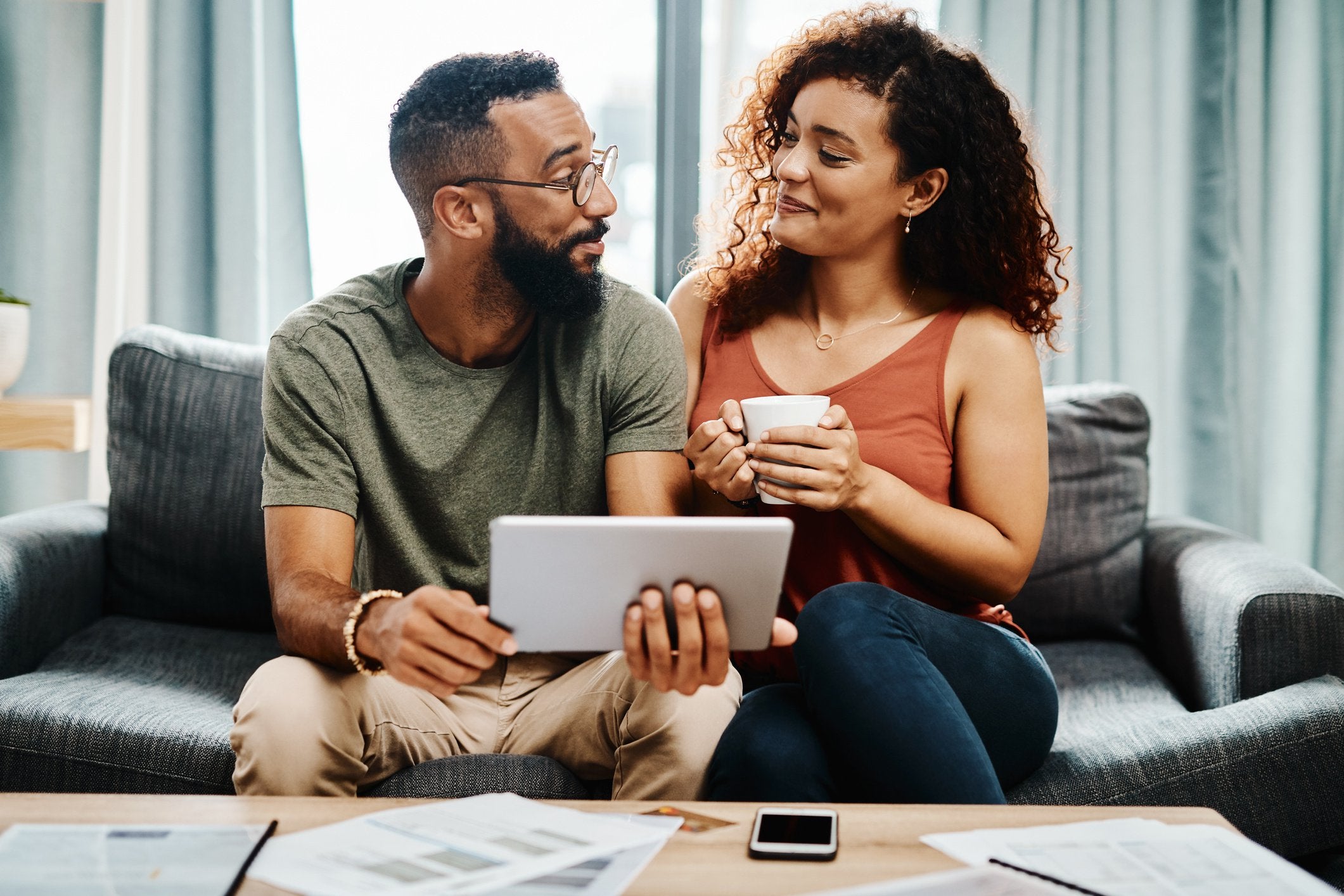