Study: The Financial Issues That Matter to Americans in the 2020 Election 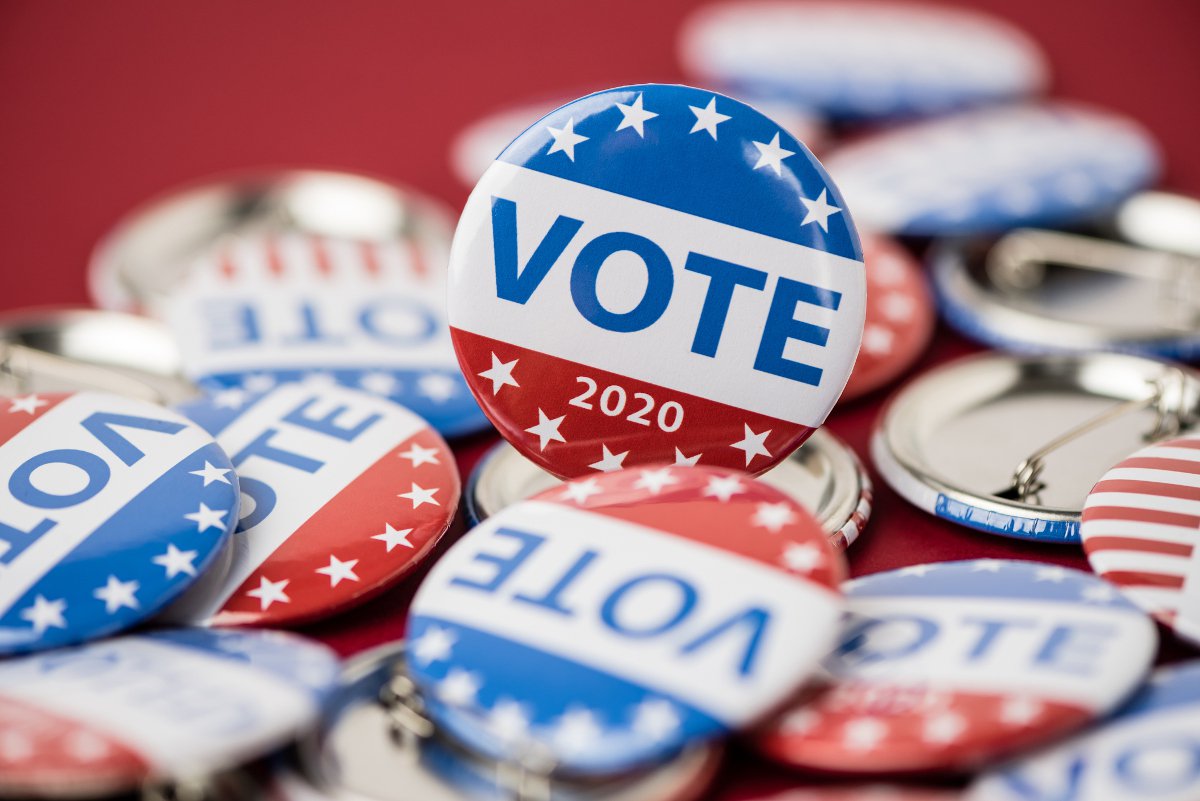 The 2020 election is going to be influenced by a wide variety of issues, both financial and otherwise. Which financial issues are most important to Americans this year?

The U.S. is heading toward a major turning point. Our nation has grappled with a dangerous pandemic that doesn't appear to be slowing down, months of racial tensions, unprecedented job loss, economic uncertainty, and coronavirus stimulus talks.

There's a lot riding on the results of this year's election.

The Ascent, a Motley Fool service, dug into the financial issues that matter to voters the most by surveying 2,000 American adults to hear their thoughts.

Which financial issues are most important to Americans in the 2020 election?

We presented participants with 11 financial issues and asked them how important those issues are in determining their vote in the upcoming election.

Here's the percentage of respondents who said that each issue was important or very important:

How important are these financial issues to Trump and Biden voters?

The extent to which the above issues matter varies slightly by candidate choice.

We asked every participant in the survey how important each issue is to their vote this year. We also asked them which candidate they're likely to vote for in November.

Here's the percentage of each group of voters who said that an issue is either "important" or "very important":

Data source: The Ascent survey of 2,000 Americans, October 7, 2020. Percentages represent the number of voters who find each issue "important" or "very important."

The most divisive issue was economic inequality. 82.77% of Biden voters said this issue was important or very important, compared to only 73.96% of Trump voters. That's a difference of 8.81 percentage points.

The only issue that Trump voters found more important than Biden voters was the national economy, which includes jobs.

Which presidential candidate is most likely to positively affect these financial issues?

We also asked survey respondents about which candidate they feel is most likely to make a positive change in the financial issues we listed above.

Here's the number of people who said each candidate -- or no candidate -- is most likely to have a positive effect on each issue:

While voters were fairly evenly split on some issues, our respondents felt that Joe Biden was more likely to have a positive effect on every issue except mortgage interest rates, where Donald Trump received an advantage of 0.35 percentage points.

The largest difference we saw was in the cost of childcare. 46.95% of respondents felt that Biden was more likely to have a positive effect on these costs, while 29.65% were confident that Trump would have a more positive effect, a difference of 17.30 percentage points.

Which candidate, if elected, would be best for Americans' personal finances?

Here's what they said:

The most important financial issues in determining how Americans vote

Finances mean a lot to Americans, especially during a period of economic unrest. These are the most pressing financial issues that will help Americans decide who gets their vote.

For 81.20% of voters, a coronavirus relief package is a major issue. That makes it the most important financial issue of the 2020 presidential election.

Lawmakers have duked it out on the stimulus negotiation front since summer, and have struggled to come to terms on a comprehensive bill.

Some of the most notable sticking points are

Interestingly, the one relief measure both Democrats and Republicans seem to agree on is direct stimulus payment -- both parties favor a second round of $1,200 checks.

If a stimulus bill isn't passed prior to the election -- which seems increasingly likely -- the president-elect will play a big role in pushing lawmakers one direction or another.

(Editor's note: the debate on stimulus plans changes daily, and both sides are continually making counter-offers to each other. By the time you're reading this, the current status of these debates, including the stances taken by both Democrats and Republicans, could have changed.)

Taxes (important to 80% of Americans)

Americans at all income levels deal with taxes, so it's not surprising to see that 80.10% of voters consider each candidate's tax plan heavily when making their choice.

Social Security (important to 80% of Americans)

Millions of seniors rely on Social Security in retirement, but the program may be forced to cut benefits universally if its impending revenue shortfall isn't addressed.

79.80% of Americans say Social Security is a determining factor in their vote.

Biden intends to increase the payroll tax for higher earners to pump more revenue into Social Security and boost the program's minimum benefit.

Trump, on the other hand, has pledged to forgive payroll taxes between September and December of 2020 (they're currently being deferred) if he's re-elected, which would deprive Social Security of revenue if that isn't addressed in other ways.

Mortgage rates have fallen to historic lows in recent months, but between rampant unemployment and limited housing inventory, many Americans haven't been able to take advantage of them.

Still, 78.80% of American adults say mortgage rates are a major issue in the upcoming election.

To be clear, the president doesn't set mortgage rates. Neither does the Federal Reserve. So it's hard to predict if and how interest rates will move following an election.

Economic inequality (important to 79% of Americans)

For 78.60% of Americans, the wealth gap -- and how each candidate plans to address it -- will influence how they vote.

Biden's plan to address income inequality includes rolling back some of the tax code changes implemented under the Trump administration back in 2017. He also has an affordable housing plan in place.

National economy (important to 78% of Americans)

For 77.65% of Americans, the state of the economy as a whole is a point of concern, and a very important financial issue in the 2020 presidential election.

Unemployment reached a record high of 14.7% in April 2020, and while the jobless rate has steadily declined since then, it's still roughly double where it was before the pandemic (September's unemployment rate was 7.9%). Given the number of people still without jobs, it's not shocking that this issue is a big one.

Trump has encouraged lawmakers to go big on a stimulus deal to help boost the economy and spur recovery, while Biden supports generous federal spending to help individuals and businesses get through this rough patch.

Cost of healthcare (important to 76% of Americans)

A good 76.40% of Americans cite the cost of healthcare as a major financial issue this election season.

The Trump administration has repeatedly tried to repeal the Affordable Care Act, which protects insurance applicants with pre-existing conditions. Biden, meanwhile, has pledged to protect the ACA.

Of course, despite the ACA's name, many people who buy plans under it find that the cost of healthcare is anything but affordable. Medical debt continues to be a major driver of personal bankruptcy filings in the United States.

Trump has also pledged to protect Americans with pre-existing conditions, and both candidates believe in transparency in healthcare costs.

Loan and credit card interest rates (important to 76% of Americans)

Debt is a major problem for consumers across all income levels, and high loan and credit card interest rates are partially to blame. It's not surprising, then, that 75.90% of voters consider this a key issue in the 2020 presidential election.

Given that the average American now has $6,194 in credit card debt, it's understandable that voters might favor a candidate who wants to make their debt manageable.

Minimum wage (important to 73% of Americans)

The current federal minimum wage is $7.25 an hour, and that's not livable for many people. It makes sense that 72.80% of Americans think minimum wage is a major issue in this year's election.

The two major candidates have very different plans for increasing the minimum wage.

Interest rates for savings accounts have plummeted during the pandemic and recession to the point where many savers are earning negligible interest. For 71.35% of voters, this is a big issue.

Because the president-elect can influence Federal Reserve policies, and those policies determine interest rates, it makes sense that voters would want to support a candidate who's likely to move that needle in a positive direction.

Childcare costs (important to 63% of Americans)

Childcare is a major burden for working families. Many households rely on school systems to provide care and struggle when classes aren't in session. This is an issue today, as many school districts nationwide are closed for in-person classes or only offer them on a partial basis.

62.55% of Americans consider childcare costs a pressing issue for the upcoming election, and to this end, both candidates have a plan.

Biden’s plan calls for 12 weeks of paid family leave, access to free universal pre-kindergarten programs for 3- and 4-year-olds, and a tax credit or subsidy for families that pay for childcare.

Gearing up for a turbulent November

Complicating matters is that, due to the anticipated influx of mail-in ballots, we may not know who wins the election until mid-November.

But one thing's for sure: Americans have a lot to think about in the course of casting their votes. Now more than ever, it's important that all eligible voters make their voices heard.

The Ascent distributed this survey via Pollfish to 2,000 American adults ages 18 and over on October 7, 2020. While efforts were made to create a representative sample, there is variability in any sampling method, and no strict statistical testing was performed.