Rest and Meal Breaks: What Employers Need to Know

Do you have to give employees breaks at work, and do you need to pay them for that time? The Blueprint looks at state and federal laws governing employee breaks.

In 2015, researchers at Baylor University found that employee breaks could boost energy, concentration, and motivation. Their survey found that frequent, short breaks taken early in the day and spent on activities the employee chose were the most beneficial.

Federal law doesn't require employers to give employees breaks, but many state laws do, and there are federal rules for managing the breaks you do provide. This article explains state and federal labor laws and recommends best practices for providing breaks that boost productivity.

Overview: What are the employee meal and rest labor laws?

The Fair Labor Standards Act (FLSA) governs wage and hour practices, including employee meals and breaks. Surprisingly, it does not require breaks of any kind. It does, however, include provisions you must follow if you choose to provide rest or meal breaks.

Most employers provide a lunch break as well as a couple of coffee breaks throughout the day. The FLSA stipulates that if you authorize short breaks of up to 20 minutes, you must include them as paid time.

Meal breaks, typically lasting 30 minutes or more, are not considered work time and do not have to be paid.

If you choose to provide paid breaks to hourly employees, you need to make an effort to ensure that all employees are free to take them. For example, if you have a shop where everyone but the cashier is able to take a 10-minute break, you may be violating the FLSA.

This was the question before the Washington Supreme Court in Wingert v. Yellow Freight Systems, Inc.. The court held that the employer was liable for extra wages when employees consistently missed their breaks, even though they were paid for all of the time they put in.

The court reasoned that the employer had received 10 extra minutes of labor per missed break.

By the same token, if an employee extends a paid break beyond its prescribed length without your permission, you don't have to pay for the extra time.

You're not under any obligation to provide smoke breaks, but there are no U.S. labor laws preventing a worker from splitting a 10-minute break into two shorter ones. As long as the short breaks are paid, you're fine in the eyes of the FLSA. Once again, any breaks under 20 minutes should be paid.

If you choose to provide an unpaid meal break, the FLSA does require that hourly employees are relieved from duty during the entire unpaid break.

For example, say you provide a half-hour lunch break to an hourly worker who does your bookkeeping. The employee falls behind one day and decides to clock out for lunch, as required, and then goes on writing checks while eating lunch to make the mail run.

Every minute the employee spends working while off the clock violates the FLSA.

For that reason, it's important to ensure that hourly employees refrain from working while they are on an unpaid break. HR software that administers employee time and pay can make it easier to track these breaks and ensure compliance.

The FLSA allows employees to waive unpaid meal breaks. It doesn't allow you to cut meal breaks short, though, since anything under 20 minutes is automatically considered a paid break.

While there are no Department of Labor or OSHA laws requiring meal breaks, 21 states have their own lunch break laws. 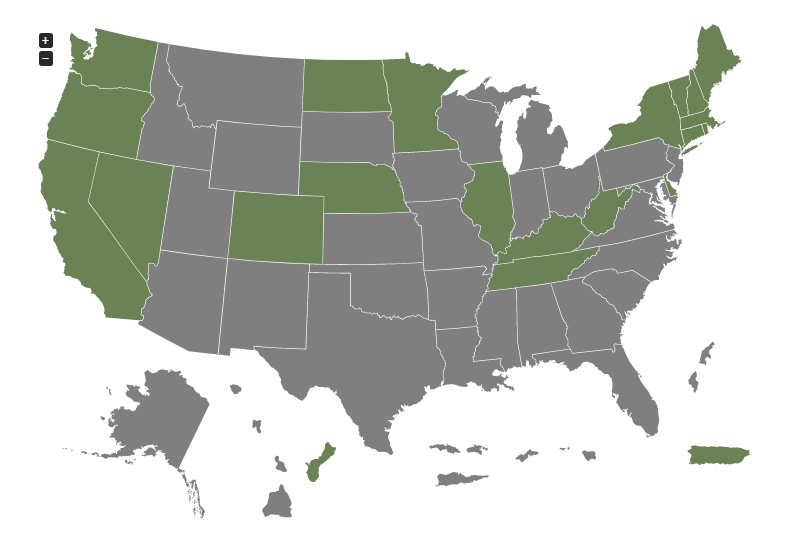 The laws vary, but they generally require a half-hour meal break for shifts of five hours or more. In some cases, employers may allow employees to skip mandatory breaks provided that employees are able to eat and work at the same time and their time is fully paid.

Some states specify when meal breaks must fall within the shift. For example, Washington State specifies that the break must be given between two and five hours from the start of the shift.

Many states have exclusions based on the nature of the work. Massachusetts, for example, exempts ironworks, glassworks, paper mills, presses, and dye works from its meal break requirements. Because the laws are so varied, you'll need to examine the laws of your state carefully.

Whenever you're governed by two labor laws, you must observe the higher standard. If a collective bargaining agreement differs from state laws, it's once again best to follow the highest standard governing breaks in your workplace.

Are there labor laws for health-related breaks?

Some states, including Minnesota, Iowa, and Vermont, mandate reasonable bathroom breaks as needed.

If you suspect employees are abusing their bathroom breaks, you're not the first employer to face that dilemma, and companies have come up with some intriguing solutions.

But it's probably fair to say that abuse of bathroom breaks indicates wider issues of engagement and morale you might be able to address without resorting to surveillance.

What are the meal and break rules for younger workers?

The FLSA does not require special breaks for minors. However, federal and state laws do limit the hours and times when minor employees may work. The FLSA, for example, prohibits children under age 16 from working past 7 p.m. during the school year and past 9 p.m. in the summer.

While the laws vary, they generally require half-hour unpaid breaks for shifts of five hours or more.

Delaware requires a respite of eight consecutive hours outside school hours in each 24-hour period for employees under 18 years of age. Wisconsin also requires eight hours of rest between the end of work and the start of work the next day for minor employees.

When creating a break policy for your workplace, consider the following best practices:

Productivity isn't just about working more or working harder. It's about working smarter. Breaks spaced throughout the workday give employees a chance to recharge so they can dig into their work with renewed focus and energy.

Confidentiality Agreements: How, Why, and When to Use Them
A business confidentiality agreement requires employees to keep sensitive company information a secret. Here's when it makes sense to use one in your business.
By Elizabeth Gonzalez
What Is a Digital Signature and How Does It Work?
Businesses keep important, sensitive documents secure by using digital signatures. In this guide, we explain what a digital signature is and when to use one.
By DP Taylor
6 Steps to Start a Sole Proprietorship
If you're in business for yourself, then by default, you're a sole proprietor. The Blueprint details how to start a sole proprietorship as well as its benefits.
By Elizabeth Gonzalez