Without established processes, an IT team quickly becomes overwhelmed or forgets a step when executing a key maintenance task, leading to system issues.

I’ve experienced first-hand how IT staff thought they had completed routine maintenance only to discover a mistake because they didn’t possess documentation and tried to work from memory.

The UK government realized the problem in the 1980s, and established a set of standardized IT processes called the Information Technology Infrastructure Library (ITIL). Today, ITIL processes are used across the globe.

One of ITIL’s key processes involves release management. This important component of an IT team’s responsibilities can make or break entire systems. What’s involved in ITIL release management? Let’s take a look.

Overview: What is ITIL release management?

ITIL’s release management process includes these important steps: plan, schedule, and execute any change to an IT system. The change itself is called a release, or release package.

Release management’s process objective is to ensure system users aren’t adversely affected when changes are introduced into the real world, called the production environment, and that the system can continue to achieve its intended function.

Release management is also called release and deployment management. The deployment piece refers to the act of rolling out the release to system users.

In ITIL v3, release management falls under an umbrella called ITIL service transition. The service transition is a component of the overall ITIL life cycle, which breaks up the ITIL processes into a structure defining how you roll out new IT systems to your organization.

Another ITIL process is change management. This process oversees changes to an IT system. Sound familiar? The difference between change management and release management is that the former acts like a gatekeeper of IT changes while the latter involves the actual implementation of those changes.

In change management, proposed changes undergo careful review to determine if the change is necessary and to understand the implications and expected outcomes.

Six steps encompass the release management process. Each process step is executed in the order outlined below.

Larger IT organizations may employ a release manager, responsible for overseeing releases. The release manager walks the team through each of the six process steps, acting as a project manager to ensure all steps are completed successfully.

When a change is approved, the first step is to develop guidelines for how to implement the release, who is involved, and how it’s supported to ensure a smooth rollout. These guidelines are documented in the release management support step.

The release planning process entails planning out the details of the actual release and deployment. Every release includes multiple phases, from making the changes to testing them and rolling them out.

Each phase requires planning. Think of it like a mini project management plan. This plan includes several details related to the release such as the following.

This step involves the actual implementation of the approved changes. These changes occur in an environment outside production since they require thorough testing before exposing the changes to users.

If the changes involve software, an in-house team of software developers executes these changes. If changes are related to hardware, someone on the IT team trained on the hardware addresses the changes.

If the software or hardware is owned and operated by an external vendor, that vendor is contacted to help implement the changes.

Once changes are ready for rollout to the production environment, testing takes place to ensure the changes don’t compromise the system.

Testing is done in a special test environment. The test cases represent step-by-step procedures for testing the changes and what to look for in the results to validate that the changes are working as designed.

After the changes pass every test case, the IT team introduces the changes to the production environment either automatically or manually. They might use the following methods.

The release deployment step is also necessary when any training and communication dissemination takes place.

Despite thorough planning and testing, an IT team can’t know if a release will go smoothly until after it’s introduced to users. That’s why ITIL processes call for the early life support step, where the IT team is in a heightened alert mode for a period of time after a release goes live to address issues quickly.

In IT, the term for a technical issue is "incident." Addressing incidents as they crop up is called incident management.

An IT team usually includes a technical support group for users called the help desk. The help desk acts as the first line of defense in a release, addressing any incidents that crop up.

If they can’t resolve the problem, they escalate the issue to the appropriate team members. To streamline the technical support process, the team uses IT help desk software designed to track incidents and user requests through a ticketing system.

The release closure process, as its name suggests, wraps up the release management process. This occurs after the outstanding post-launch issues, if any, are resolved.

As part of this process, you must confirm all impacted systems are properly updated and configured to accommodate the changes, and any required documentation is completed, including a list of the incidents that occurred after the launch.

This documentation is used to evaluate how the team can improve for the next release.

A robust IT release management process is a must. How else can you ensure changes are introduced smoothly and with minimal disruption to users?

Depending on your IT changes, you can automate portions of the release management process. I recommend you introduce automation to the testing portion for the sake of efficiency, accuracy, and thoroughness.

With the ITIL release management process defined and executed with every release, you’ll find IT rollouts occur with less stress and happier users.

Our Top IT Management Software Partners

SysAid is raising the bar when it comes to user experience. Other help desk software vendors should take notice.

Jira Service Desk is not as consumer friendly as Atlassian’s other software options.

The Best IT Management Software of 2021

Whether your IT team is handling server updates or dealing with website glitches, IT management software will help provide a structure for completing these tasks and measuring their effectiveness.

END_OF_DOCUMENT_TOKEN_TO_BE_REPLACED 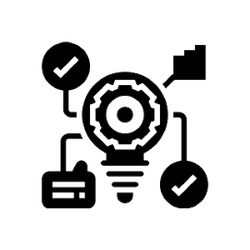 3 Common Customer Complaints and How to Address Them
If you want to improve your customer service, focus your attention on handling complaints. Here are five best practices for handling customer complaints.
By DP Taylor
8 Smart Strategies to Improve Your Customer Service
Providing excellent customer service ensures your business will be around for years. Consider these eight ways to improve customer service and retain customers.
By DP Taylor
3 Reasons Your Business Needs a Customer Portal
A customer portal gives your customers access to resources, support, and live chat. Learn how to set up a customer portal for your website in five steps.
By Jimmy Rodela