A 2021 Guide to Understanding Programmatic Advertising

Programmatic advertising is a hard concept to grasp, but we'll look over the four types available to you and where they're commonly seen, so you can take advantage of this automation.

Digital advertising is crucial for small businesses, and artificial intelligence takes advertising to another level. Gone are the days where you need a full direct sales department at your company, or even need to speak to a publisher in order to purchase ad space. We all love Mad Men but advertising is evolving into the world of automation, and programmatic advertising is one of the best ways to outsource your marketing efforts.

Overview: What is programmatic advertising?

That’s where the trickier part of programmatic advertising comes in. How does it work? How can it be part of your overall programmatic marketing plan? How do websites know what ads to show? Let’s dive in.

To broaden your understanding of programmatic advertising, let’s break down the four types. Each one is a little different than the one before it, and incorporating any of these into your marketing campaign can yield big results for your small business.

This is the main type of programmatic advertising, and it happens on a case-by-case basis. Imagine an auction you’ve seen on television, and then imagine that transaction happening in the time it takes for the website page being visited to load. By that time, an auction has taken place for the advertising that one visitor and maybe only that one visitor will see.

It’s not just about price. Here are some other factors that are considered about the prospective customer to determine which company wins the advertising space:

The above are also factors you should be looking at anyway to determine your business’s target market. Even if a company offers a higher price for the ad space, if what they’re offering doesn’t match up with the above data, they aren’t guaranteed to win the space. The whole point of programmatic advertising is to hit a more targeted audience, so if the ad doesn’t fit the person viewing the ad space, it’s a no-go.

This type of programmatic ad buying differs from RTB in that one buys a certain amount of guaranteed impressions, as opposed to ads auctioned one at a time. The format for these ads can also be a little different. If a company is looking for a fuller page advertisement, as opposed to a banner or side ad, programmatic direct is the way to go.

There's no auctioning involved, as programmatic direct comes with a fixed price agreement. This is much more aligned with the more traditional ways of purchasing ad space because it’s one advertiser working with one publisher, agreeing on a specific deal.

Think of this as the highest level auction, because bidders are by invitation only. A publisher with ad space has a few spots up for auction, and those companies looking to advertise will bid on the spots.

There’s much more transparency with this type of programmatic advertising, as the publishers provide information about ad placement, pricing, and what's being displayed to users and website visitors.

An ad exchange can be considered the Etsy of programmatic advertising. It’s a marketplace where publishers and advertisers can come together to buy and sell ad space. Usually the ad space is bought through real time auctions, and most companies will use a demand-side platform to handle all the bidding.

This programmatic bidding differs from RTB in that advertisers can buy impressions from multiple sites at once, instead of working with one publisher at a time. This is a great option if you're looking for ways to execute your omnichannel marketing plan. If you’re just getting started with your marketing automation strategies, an ad exchange can be a great place to start.

The following are the most common channels across the board no matter what type of programmatic advertising you're using. These are all examples of general marketing channels but used for specific advertising efforts.

If you’ve ever seen Google TV or Roku, you’ll notice advertisements for new movies, shows, channels, etc., on the main page where all of your apps are stored. They work much the same as website advertisements because they are tailored to a customer’s watching and browsing habits. The ads may also promote other apps or channels that might be interesting based on what’s already on their smart television.

For example, when Quibi (RIP) was first released, they were placing ads in multiple places, but the ads seen weren’t always the same. The advertisement I might have seen on my Google TV could have been for Chrissy’s Court, since I interact a lot with Chrissy Teigen on social media and have shopped for her retail items at Target.

However, someone else might have seen an ad for a different show they were more likely to be interested enough in to use Quibi. This type of programmatic advertising is what’s called over-the-top, or OTT advertising.

Free apps have ads. That’s how they can keep the app free. These ads could be for other games people have created, products, really anything that someone has bid on or has come to an agreement with the publisher for.

Much like the other options, these ads can be different for different people, but while it might not be a separate ad completely, it could be different versions of an ad for the same product, game, or other app. Going the smartphone route is an efficient way of establishing a marketing funnel, since people spend so much time on their phones, it’s easier to track movements.

ActiveCampaign provides seamless sales and marketing functions at affordable price points. It’s designed to scale as you grow, making it a great fit for all business types.

Infusionsoft is one part CRM, one part marketing automation, and one part sales tool. It checks all the boxes you need for support with generating, qualifying, and closing new leads.

Hatchbuck offers a price-efficient option for adding or optimizing your sales and marketing automation capabilities.

The Best Marketing Automation Software of 2021

Unlock newfound capabilities and boost your growth with a marketing automation platform. It’s critical that you analyze multiple systems to find what’s best for you now and in the future.

END_OF_DOCUMENT_TOKEN_TO_BE_REPLACED 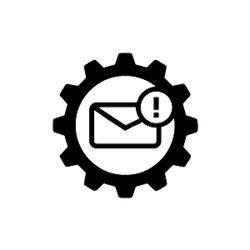