A Guide to Retainage in Construction

Retainage in construction is often a point of contention between construction firms and their clients. Here's what you need to know about retainage and how it might affect your firm.

Retainage is nine letters long, but for many contractors, it's a four-letter word.

Retainage, which is the practice of withholding a portion of the payment to a contractor until the job is done, not only shows a lack of trust in the abilities and trustworthiness of a contractor, it can also cause genuine financial hardship for small businesses that need to pay bills.

However, developers argue it's a necessary evil to protect them from projects that go awry.

What is retainage exactly, and how can you manage it as a small business? This guide breaks down some of the most frequently asked questions about this practice.

Overview and history of retainage

The practice started in the 1840s with the United Kingdom railway system. Increasing railway construction demand led to a flood of new contractors, many of whom were inexperienced and presented great financial risk to railway companies.

As a result, those companies started withholding up to 20% of payments to contractors until they were confident in the project’s progress.

The practice effectively put the contractor’s profit at risk rather than the investor’s money, increasing the incentive to execute the project well and disincentivizing underbidding.

Today, retainage is a common tool to reduce risk for developers, particularly for large-scale and complex projects where risks are higher.

Retainage vs. retention: What's the difference?

In construction, the terms retention and retainage are mostly used interchangeably. However, in some cases, there is a slight difference: Retainage in construction may refer specifically to the money that is being retained, while retention refers to the act itself.

Even in this case, though, both terms essentially refer to the same thing.

How retainage works within construction management

Retainage is straightforward. For example, a client hires a contractor to build a 20,000-square-foot office building for $200 per square foot, or $4 million total. The contract includes a 5% retainage agreement.

The client pays the contractor $3.8 million to do the work and holds onto $200,000 for retainage. This retainage is released once the project is finished and the client signs off on it.

How does retainage affect contractors and subcontractors?

Retainage protects clients, but it can create hardships for contractors or subcontractors, who may struggle to pay their own bills because of having to wait longer to receive payment. Small construction businesses don't have deep pockets and have a higher chance of encountering financing issues.

Some contractors include retainage as a cost in their bid, which increases the cost to clients and prompts some of them to reduce or eliminate retainage altogether. Some states have passed laws setting a maximum retainage rate.

How much is typically withheld?

Retainage and retention fees differ depending on the type of job, the size of the project, and who the client is. For private jobs, you generally can expect an average retention of 7.5%, whereas state and federal jobs have fees that are typically less than that.

What does the law say?

No nationwide federal law limiting retention rates exists — however, some states have enacted their own laws. For example, Alabama limits retainage at 10% for private projects and 5% for public projects.

Virginia places no limit on private project retainage, but it limits retainage to 5% for public projects and allows contractors to place retained funds in an escrow account for public contracts exceeding $200,000.

Only one state — New Mexico — bans the practice entirely, although the law permits a "closeout payment" of 5% to 10% of the total contract value, meaning the practice is functionally allowed under a different term.

When is the money released?

Usually, the client releases the money when the project is "substantially complete." What that means depends on the contract you signed with the client. Some developers will hold onto money long after project completion if the contract allows them to.

Carefully review any contract you sign with a client to ensure that it defines exactly what parameters must be met for the retainage to be released — and make sure you're OK with this definition.

What factors increase the likelihood I'll have to deal with retainage?

Many factors go into retainage, from your reputation to your relationship with the client to the size of the project.

For example, if your construction firm has gone over budget in the past with a client, and you're working on a much larger and more complex project for that client this time around, it's more likely you'll face a high retainage fee.

Can a client withhold retainage even after work is complete?

It’s possible, if your contract allows it. If so, you may have to bite the bullet and resolve next time to review the contract carefully and stipulate clear terms on what parameters you need to meet for the funds to be released.

If you did that and feel the client is withholding funds in violation of the contract, contact an attorney who specializes in contract law to review your case.

Can subcontractors get retainage released early?

If you're a subcontractor for a prime and you've done your job, you may feel you're entitled to the retainage receivables in full, even if the prime is not yet finished with theirs.

In some cases, primes are allowed to withhold subcontractors' retainage until the entire project is done, but industry practices vary, and a lot depends on how the contract is written. Have a lawyer look over your contract if you're unsure.

Can you file a lien if the retainage is withheld?

Filing a lien is an effective way to collect on debt because it places a claim on the debtor’s assets, so it may be a good option for contractors seeking to get paid their retainage when clients drag their heels.

Look up state laws on lien-filing deadlines so you don't miss yours. The laws governing filing liens for retentions vary widely by state, so consult with an attorney first.

Not surprisingly, the practice is not popular with contractors and subcontractors, as it puts the financial burden on them.

The American Subcontractors Association (ASA) calls the retainage system "increasingly inequitable and counterproductive," and supports eliminating "unnecessary retainage" on construction projects as well as legislation that would prohibit a prime contractor from retaining a higher percentage from subcontractors than their own retainage rate.

Also, ASA supports legislation that would put funds in an escrow with accruing interest, so subcontractors would enjoy a bonus that would grow the longer the funds are held.

Software can provide a helping hand in dealing with retainage

The Blueprint has reviewed a number of top platforms that will help you with construction document management and keep you on top of all your agreements and contracts.

Construction management software can do plenty of other things for your business as well, like provide you with a construction daily report, organize blueprints, and keep track of bids.

Disclaimer: This article is for informational purposes only and does not constitute legal advice. Consult with an attorney before taking any of the actions described in this article.

Sage 300 Construction is powerful software that handles all aspects of construction, but it has some significant downsides. This review breaks down the software and how to know if it’s right for you.

CoConstruct is easy-to-use yet feature-packed software for home builders and remodelers. This review will help you understand what the software does and whether it’s right for you.

PlanGrid organizes blueprints, drawings, and other documents and makes it easy to mark up and share them from the cloud. This review will tell you what features it offers and if it’s right for you.

Raken is project tracking and daily reporting software for construction managers who want to effectively monitor the job site. This review breaks down what Raken does and who will benefit from it.

The Best Construction Management Software of 2021

This guide will help you find some of the best construction software platforms out there, and provide everything you need to know about which solutions are best suited for your business.

END_OF_DOCUMENT_TOKEN_TO_BE_REPLACED 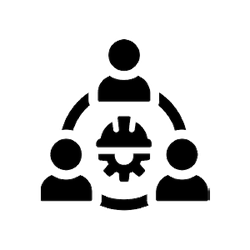 What Does a Mechanical Contractor Do?
Mechanical contracting includes tasks such as plumbing, electrical, and refrigeration. Here we break down a mechanical contractor's roles and responsibilities.
By DP Taylor
How to Estimate a Construction Project
A construction project estimate is vital to keeping a project from going over budget. This guide explains how to create an accurate estimate from the start.
By DP Taylor
A Beginner's Guide to Construction Change Orders
A change order request allows you to modify a construction project, which will most likely lead to delays and cost overruns. Learn how to submit a change order.
By DP Taylor