Wet Signatures: What are They and When Do You Need Them?

Physically signing your name — a wet signature — used to be the standard for all legal agreements. That's no longer true, so The Blueprint covers today's best practices for wet vs. e-signatures.

Everyone is familiar with the wet signature: physically signing your name on a document such as a contract or a check.

But that’s all changing, with the increasing prevalence of electronic documents as well as point-of-sale (POS) systems for debit or credit card purchases, the use of wet signatures is becoming rarer.

With that in mind, what is the technical definition of a wet signature versus other forms of legally binding signatures, and when do you need to use one? We'll go over the pros and cons of the four kinds of signatures you could find yourself using in your business:

Overview: What is a wet signature?

The term "wet signature" refers to the fact that ink or wax needs time to dry after being applied to a document. While wet signatures were first used in Europe during the sixth century, they did not become prevalent for another thousand years until writing and literacy became more widespread.

For those who could not sign their name, an "X" would be legally binding, which is still true today, or in the case of royalty, the seal of a signet ring pressed into beeswax would also be sufficient.

When is a wet signature required?

For hundreds of years, the wet ink signature was the de facto standard to record the agreement of two or more entities in a binding contract.

In the US, that changed in 2000 with the passage of the Electronic Signatures in Global and National Commerce Act (E-Sign Act) in response to the rise of electronic documents. The E-Sign Act stipulates that:

Then again, while a physical signature is not legally mandatory on a contract or other agreement, individual companies and other entities can still require its use as they see fit.

The 4 types of signatures

All three of them are legally enforceable on contracts and other agreements, but the differences between them relate primarily to the levels of security provided.

In addition, whether you're using physical or digital agreements or a combination, you'll need a document management system to organize and securely store them. An advantage of digitally storing documents is that you should be able access all the information in them to help build out your business metrics.

While ink signature use has declined, you will still find occasions where it is the preferred way to sign. For example, many bank loan documents require wet signatures because money is changing hands even though you can withdraw your own money via an ATM.

There is also a certain psychological benefit from signatories signing a document together to close a deal that can't be achieved by doing the same thing remotely.

Signatures can also be a powerful part of personal branding as evidenced by the iconic Disney logo, which is based on Walt Disney's actual signature.

Significant issues come with using physical documents. If all signatories are not in the same room or at least nearby, the time needed to send documents back and forth can be considerable.

Even if signed agreements are faxed from one party to another, using hard copies will eventually take up considerable space as part of your documentation retention program.

And there's always the issue of who actually signed a contract if you don't see them do it. That very concern is what led to notary publics' primary function in the US as impartial, third-party witnesses.

The most basic form of e-signatures simply tries to replicate a wet signature. That includes scanning your signature to upload into a MS Word document or a PDF. You might also use a hybrid e-signature such as using a stylus or your finger to sign a touchscreen. 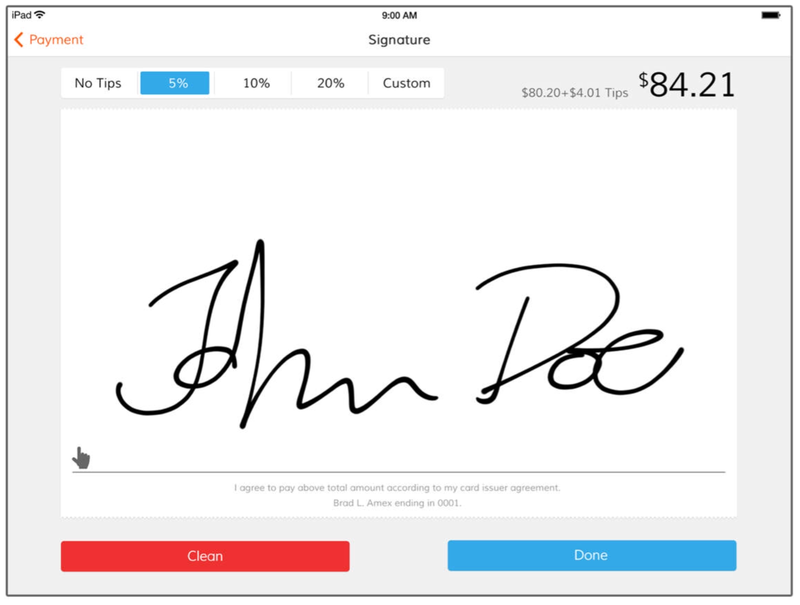 Signing a touchscreen to confirm a credit card transaction is a common example of a wet signature online.

E-signatures also include a PIN entered into a bank ATM as well as selecting an “agree” or “disagree” button on a digital end user license agreement (EULA).

E-signatures and digital documents have many benefits. First, the turnaround time to sign documents will be significantly faster, and there's no longer the cost of printing, mailing, and storing paper documents.

In addition, the process to back up, access, and distribute documents will be even faster if you're using an organization app.

Although a digital scan of your signature pasted into a Word document can make an agreement legally enforceable, you still need to deal with file security itself. That's where secure e-signatures can offer an extra layer of protection, especially as part of your website management if you use online forms.

For example, a secure electronic signature app that complies with the ISO/IEC 27001 Information Security Management standard can automatically create a certificate, which includes the date, time, IP address, and email of the signatory, that's added to the document.

In addition, the signatures will be stored on secure servers. In essence, the secure e-signature acts as a digital notary public to certify who signed the document at what time and on which computer.

Still, even secure e-signatures come with risks. Depending on which vendor you choose, they may require you to store documents on their servers, which can be a concern when it comes to protecting customer data.

In addition, providers will offer varying levels of security, so you'll need to know exactly what protection you are — or aren't — receiving. Finally, make sure you choose a vendor that doesn't use proprietary software, which gives you the ability to easily switch providers in the future.

A digital signature is another form of e-signature, but more secure. Beyond employing digital signatures for their inherent security benefits, publicizing your use of them shows evidence of your commitment to data protection as part of your brand positioning.

A digital signature uses a certificate of authority to ensure the validity of the person signing the document.

Then, the electronic document is securely encrypted using Public Key Infrastructure (PKI) protocols to guarantee that it was not altered, either intentionally or unintentionally, while being transmitted from one party to another. 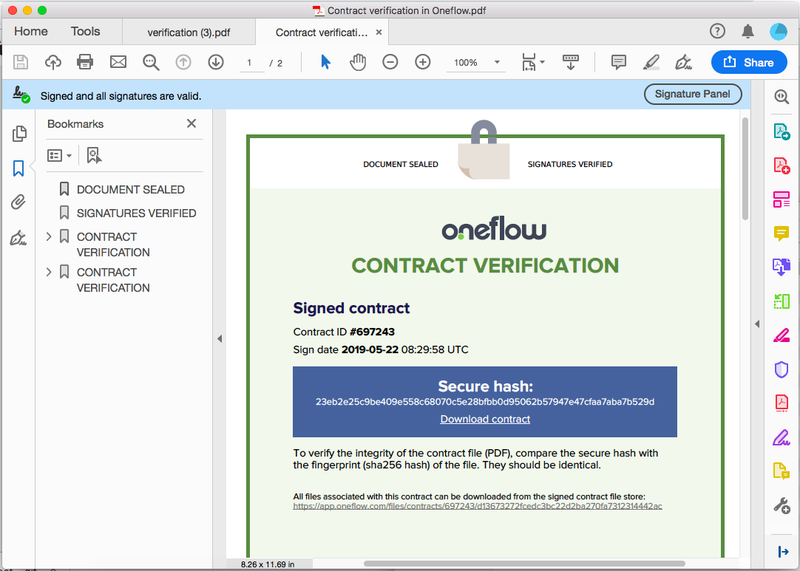 This example of an electronic signature PDF document includes information that verifies its digital signature authenticity.

To employ digital signatures, you'll have to purchase a Digital Signature Certificate (DSC), which can be $1,000 or more depending on the level of security provided. You'll also have to renew it on a yearly basis.

In addition, due to the encryption process, generating and verifying a digital signature does not happen instantaneously, so you'll have to account for that lag time, especially if you're frequently exchanging documents.

Although the wet ink signature is not likely to disappear anytime soon, the trend line is obvious. You should know exactly when and where you want to use it as well as understand the different types of e-signatures, their use, and how to use them securely on your business website.

The Best Document Management Software of 2021

Taking content and document management from the physical world to the digital is a necessity. Choose the right solution, and your organization can make the digital leap quickly and easily.

END_OF_DOCUMENT_TOKEN_TO_BE_REPLACED 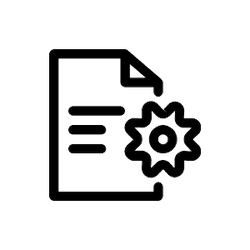 3 Best Practices for File Naming Conventions and Organization
File naming conventions allow you to simplify management, do smooth searches, and perform easy file retrieval. Here are three best practices when naming files.
By DP Taylor
6 Best Practices for Archiving and Storing Files
As business grows, you may find yourself having files that need to be archived and stored for future reference. Here are six tips to make the process seamless.
By DP Taylor
LLC Owner’s Guide to Hiring a Registered Agent
If you're planning to form an LLC, you'll need to find a registered agent. Here are three factors to consider when selecting a registered agent for your LLC.
By Courtney Johnston