Why Does My Savings Account Interest Rate Keep Dropping? 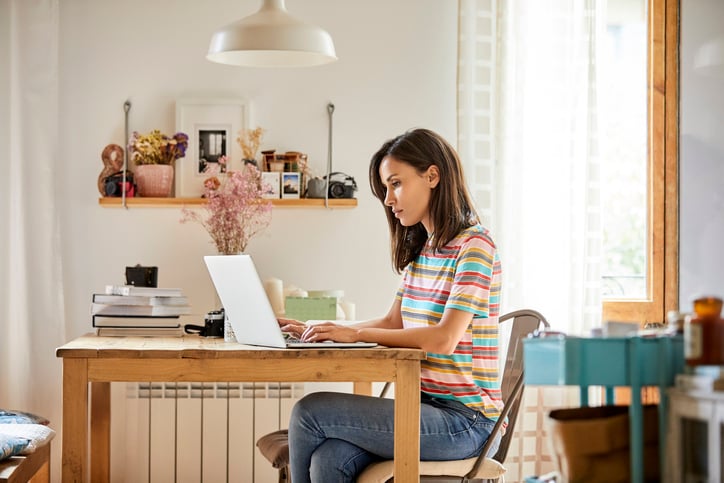 It won't be this low forever, but don't expect it to rise any time soon.

If you keep a close eye on your savings account, you've probably noticed that your interest rate is looking pretty puny compared to where it was even six months ago. The best high-interest savings accounts used to offer 2% APY or better. Now, you're lucky if you're earning 1%, and it could keep dropping.

You might be wondering whether your bank is trying to cheat you, but it's actually an industry-wide issue. Unfortunately, it's not going to resolve itself anytime soon either. Here's a closer look at why rates are falling and what you can do to try to earn a decent interest rate on your savings right now.

The interest rates banks set on everything from deposit accounts to loans and credit cards are related to the federal funds rate. This is a guideline the Federal Reserve sets to indicate how much banks should charge one another to borrow money. Federal law usually requires banks to have a certain amount of money in reserve each day, and if they cannot meet this, they must borrow money from a bank that has extra. However, this requirement has been waived during the COVID-19 pandemic.

Banks use the funds in your savings account to provide customers with loans. In return for your help, banks pass some of the interest they earn from borrowers on to you in the form of interest on your savings. But since loan rates are lower right now due to the emergency rate cuts, banks are earning less in interest, and that leads to lower APYs on savings accounts.

We saw this happen before during the Great Recession, and the good news is that these lower rates aren't permanent. Once the federal funds rate rises again, you'll start to see savings account rates climb, too. But right now, we have no idea when that's going to happen. During the Great Recession, the Federal Reserve kept the federal funds rate hovering around zero from 2008 to 2015, and it's unlikely to raise it again this time until the economy begins to show some signs of recovery.

You might be able to secure a better interest rate right now just by seeking out a new savings account. This is especially true if you're still using a brick-and-mortar bank, as these are known for having low APYs all the time. It's difficult to find a high-yield savings account that can do better than 1% APY right now, but there are a few out there. And 1% is still a lot better than the national average savings account APY of 0.06%.

A certificate of deposit (CD) is another option. These interest rates have also suffered because of the pandemic, but CDs tend to offer high APYs. The rates are sometimes higher than the best online savings accounts, because you agree to leave your money alone for a certain number of months or years. This gives the bank additional assurance that your money isn't going anywhere anytime soon, so it'll reward you with a higher interest rate.

CDs have terms ranging from one month on the short end to 10 years on the long end, with most ranging from six months to five years. If you're wary about placing all of your money in a single CD with a long term, you can try a CD ladder. This is where you split up the amount you want to invest into several CDs of varying lengths. For example, you might use a one-, two-, three-, four-, and five-year CD. When the one-year CD term expires, you put these funds into a new five-year CD and do the same thing the next year with the two-year CD, and so on. This enables you to take advantage of the better APYs on longer-term CDs while still giving you access to some of your money every year.

You could also try investing your money in the stock market or a retirement account, though this is only a good idea for funds you don’t plan to use for decades. The markets have been extremely volatile as of late and that’s likely to continue for a while, which means it’s not a good home for money you think you’ll need to withdraw and spend soon.

If none of these options appeal, you might just have to be patient. Rates will come back up again eventually, though it might be several months or years before that happens.