Seeking a promotion? Why not start off the year with a great goal to work toward. 2018 is going to be the year you take charge of your position and move up in your career -- so make sure you carve out some time this holiday season to reflect on how you're going to do so.

If you want to add "get a promotion" to your list of New Year's resolutions, we're here to help you succeed! Here is what bosses and managers say you should focus on if you really want to push your career forward in 2018. 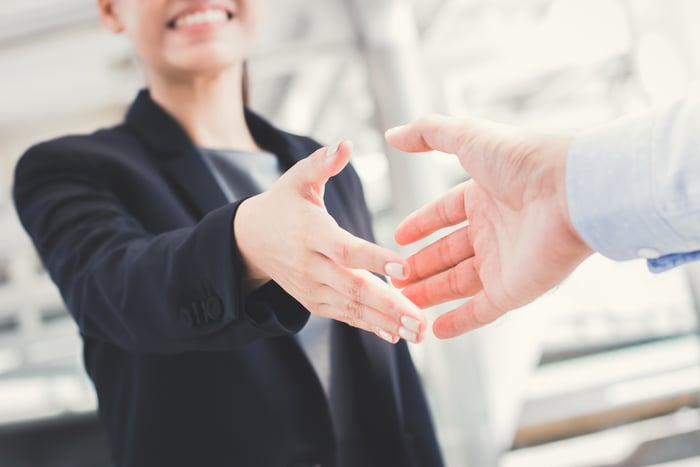 If you want to get promoted, you have to do more than focus on your personal work. Consider branching out to see who could use an extra hand around the office. The more impressed your co-workers are with you, the more likely your boss will hear about your work ethic. Your ability to collaborate is just as important as your ability to work independently.

"Collaboration with teams across the organization always stand out," says D.G., a GRC training manager at Oracle Cloud. "I always look at an employee's internal branding to see how they are viewed by others."

"We value something called FLO: 'Full Leadership Ownership.' We promote people who demonstrate an ownership of the outcome of their project," says Phil Fremont-Smith, Co-founder of Happie. "That means doing whatever it takes to get it done -- staying late, getting creative, pulling in resources to help if they need it. FLO comes from a personal desire to put the ball into the end zone and score. Not just pass the ball around."

When it comes to your work ethic, it's not always just about hitting specific milestones. Some managers say they look at the effort an employee is putting in -- does their report exhibit self-discipline and adaptability? Are they focused and being creative? The amount of effort you put in will speak volumes to your boss.

"It's more about the amount of effort I see, rather than specific milestones," says Janelle L., a marketing director. "When I [promoted] employees, they were all people I saw making [a] great effort every day. I have promoted less-skilled people over someone who is skilled but does the minimum."

If you want to move up in your company, you need to show your boss that they can always count on you.

"Punctuality, initiative, friendly manner, and the ability to show development are the key factors I look for when I promote an employee," describes Hayden B., an experienced manager.

Nobody is perfect -- we all experience failures at some point in our careers. But, how you handle your mistakes could turn into a positive outcome. Your boss will notice your ability to turn things around.

"We celebrate failure at Happie. We create an atmosphere where people are encouraged to try new things and see if it works," says Fremont-Smith. "And if it doesn't -- celebrate that failure for the learning it represents."

You don't have to work toward a promotion in secret. Consider talking to your boss about your goals and mentioning why you want to get promoted. Doing so creates an open dialogue between you and your boss, which keeps you both on the same page about your position.

"I promoted an employee because they had an ongoing dialogue with their mentor and myself on next steps for their career and [weren't] afraid to come to me with concerns, issues or questions," explains D.G.

Your ability to work independently will help your boss notice how you take ownership of tasks and projects, as well as how you delegate work to others.

"Take on some of the tasks of the job you want to be doing," advises Kevin C., a manager at a media company. "It shows an understanding of the new role, the willingness to work hard for it, and it makes it easy to justify why this is the person for the job."

You should never lie at work -- more likely than not, your boss will appreciate honesty, even if it's negative. That way, they can help you learn and grow.

"Tackle the tasks that push you and ask questions when you don't know the answer," says D.G. "And be honest that you don't have all the answers."

From day one, your boss probably made it clear how to succeed on their team, or at your company. If you listened, you already know the clear steps to take and the skills that your boss admires. If you don't, start paying attention to the co-workers they are constantly congratulating or the people they recently promoted. With a little hard work and focus on the specific skills your boss wants you to have, you're going to get that promotion.

"We hire consistently from within by promoting our existing employees into leadership positions. We know they are ready because we are crystal clear about the specific skills and mindset they need to acquire to receive that promotion," says Fremont-Smith. "When they achieve those skills and have developed that mindset – we celebrate their success, promote them, and then support them through very clear milestones of learning and deliverables. In this way they are set up for success because they know what success is from day one – and they know they have the support and help to get there."

Thinking outside the box always sets you apart from your co-workers -- and helps keep you in your manager's mind when it's promotion time.

"The employee I promoted thought out of the box and provided several solutions," says D.G. "They also came to me with projects they thought would be good for the team, along with how to execute them. And when they came to me with problems, they always came with potential resolutions."

Bosses Reveal: 10 Things That Will Help You Get Promoted in 2018 @themotleyfool #stocks Next Article
Current