When it comes to shopping, there are things that you need and things that are just nice to have. The consumer discretionary sector is in that second category. It includes goods and services that people spend money on when they have a little extra cash available, such as travel, going out to restaurants, or fashion and jewelry. 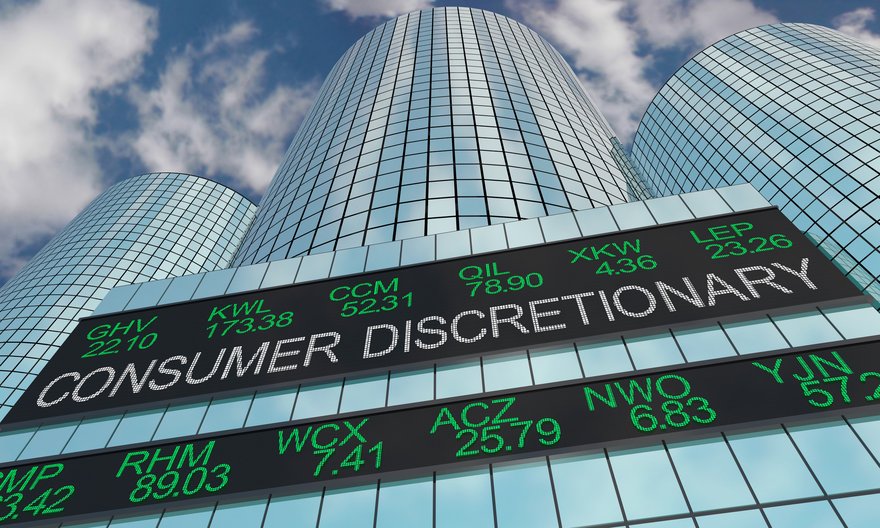 The COVID-19 pandemic impacted the consumer discretionary sector differently than it did the consumer staples sector, which sells necessities.

Consumer discretionary businesses cover several different industries, but all rely on consumers spending money that they don't need to spend.

Consumer discretionary companies include the following types of businesses:

Focusing on well-known brands and industry leaders in this sector is generally a formula for success since the best stocks have long been winners for investors. These companies should also be better able to weather a recession and endure the ongoing bear market since they have deeper pockets and brand equity to fall back on.

Several consumer discretionary companies stand out as being among the best in their industries:

Nike has established a dominant position in athletic footwear and apparel, with more than half a century of innovation in making sportswear appealing to a broad consumer audience. The strength of Nike's business model stems from its product innovation, marketing strength, use of celebrity endorsements, and tying the success of high-profile athletes to the company's products. The company has a long history of outperforming the S&P 500.

Long after Michael Jordan left the professional basketball court, Air Jordan shoes remain a mainstay of Nike's business. Nike’s market share of athletic footwear, recently estimated at 39%, puts it well ahead of international competitors Adidas (OTC:ADDYY) and ASICS (OTC:ASCCF). With the global sportswear company working to play a bigger role in fast-growing areas such as China, the sky's the limit for Nike's future growth.

Although COVID-19 has affected Nike’s business, and tight restrictions in China have weighed on performance in the region, the pandemic has also accelerated the company’s shift to digital and direct channels, which is a key part of its strategy. Nike has built a strong digital ecosystem around apps such as SNKRS and the Nike Training Club, which has buffered much of the impact. Even though revenue growth has been sluggish during the pandemic, the company has delivered solid profits and has outperformed rivals such as Adidas and Under Armour (NYSE:UAA)(NYSE:UA).

The coffee company plays a major role in how a large part of the world's population starts its day. By introducing the European café concept to the U.S., Starbucks tapped into consumers’ urge to treat themselves to affordable luxuries, and its premium beverages now have a loyal following the world over.

You can see the company’s success in its comparable-store sales, which have a history of steadily growing. Although those sales numbers fell sharply during the pandemic, Starbucks is rebounding in the U.S. However, it’s facing similar challenges to Nike in China as its zero-Covid policy has cooled off sales there.

In September 2022, the company announced a “reinvention plan” to drive annual comparable sales growth rate of 7%-9% and net sales growth of 10%-12% over the next three years by investing in employee engagement, store efficiency, digital programs, Starbucks Rewards membership, product innovation and new stores. As of April 2022, the company had more than 34,948 locations across the globe and expects to have 55,000 locations by 2030, indicating no shortage of growth opportunities.

McDonald's has come a long way from its heyday in the mid-20th century, and the fast-food colossus has worked hard to keep up with the times. Innovations such as digital menus that automatically change throughout the day, automated kiosks for ordering, online and mobile order capabilities, and delivery options are making McDonald's more accessible than ever.

At the same time, the restaurant chain still has an emphasis on value that keeps customers coming back for more, plus its drive-thrus helped it weather the pandemic better than many others. Although it’s a restaurant chain, the emphasis on value gives it some elements of a consumer staples company. After all, everybody needs to eat, and it’s easy to get a cheap and convenient meal at McDonald’s.

The company also owns much of the real estate that its franchised restaurants occupy, allowing it to collect rent while franchisees do the hard work of running restaurants.

Even in the ever-changing restaurant space, McDonald's has found a way to stay relevant, and its growth numbers have been strong over the past several quarters as it’s been a winner in the economic reopening.

Investors also like McDonald's for its consistent dividend payments. It has increased payments to shareholders each year since the mid-1970s, making the company a Dividend Aristocrat. With a payout ratio of around 60% of earnings, McDonald's can comfortably maintain its dividend.

Off-price retail giant TJX Companies has found success in apparel and home goods with a business model that’s not easily replicated online. The parent company of TJ Maxx, Marshall’s, and Home Goods obtains discounted brand-name merchandise through close-out sales, manufacturer errors, and order cancellations, and then sells the merchandise at 20% to 60% discounts.

The company's business has generated wide profit margins and solid growth over the years. It plans to expand to more than 6,000 stores globally, up from about 4,500 today.

Although TJX took a hit during the pandemic like other discretionary retailers, the company bounced back in 2021. While apparel and home goods retailers are facing headwinds in 2022 as consumer spending shifts back to services, TJX still expects modest comparable sales growth for the year. The company has increased year-to-date profits at a time when many of its peers are struggling with bloated inventory levels.

Investors have long been drawn to this very visible industry.

This household name in family entertainment has been a staple of U.S. pop culture for generations. The company’s theme parks and animated movies are popular everywhere. Today, the company also owns ABC, ESPN, Pixar, Marvel, Star Wars, a majority stake in Hulu, and a vast array of assets that it acquired from Fox in a 2019 deal.

Disney has a number of competitive strengths, including an unrivaled trove of intellectual property and a business model that enables successful movies such as Frozen to be spun into multiple business lines, including theme park rides, toys, consumer products, and even live entertainment.

The company was affected on multiple fronts by the pandemic. Its theme parks were shut down or operating at limited capacity, movie theaters went dark, and live sports were even canceled for several months. However, the company has found a winner with its streaming service, Disney+, which launched in 2019 and now has more than 100 million subscribers. Disney has restructured its entertainment business to make Disney+ its centerpiece, although investors now seem concerned about slowing growth in the streaming industry, especially after Netflix (NASDAQ:NFLX) suddenly hit a wall.

With the economy continuing to reopen, Disney looks poised to be among the winners in the recovery. The company reported a surge in profits in its parks and resorts segment, and it could even post record attendance due to pent-up demand.