The economy moves in a cycle with four basic stages:

This cycle can have a significant impact on industries tied to economic growth. Because of that, stocks in those sectors tend to be very cyclical. Corporate profits typically rise during an expansion and contract during a recession, taking the price of cyclical stocks with them. This cyclicality contrasts with other types of stocks that tend to generate steady profits in good times or bad, making them relatively recession-proof.

We've seen cyclicality play out in many areas of the stock market during the COVID-19 pandemic. Economically sensitive stocks initially declined as the economy contracted. Most companies' stocks subsequently rebounded as the economy began to recover, but in 2022, the tides have turned once again following events such as the Federal Reserve raising interest rates.

Here’s what you should know about investing in cyclical stocks. 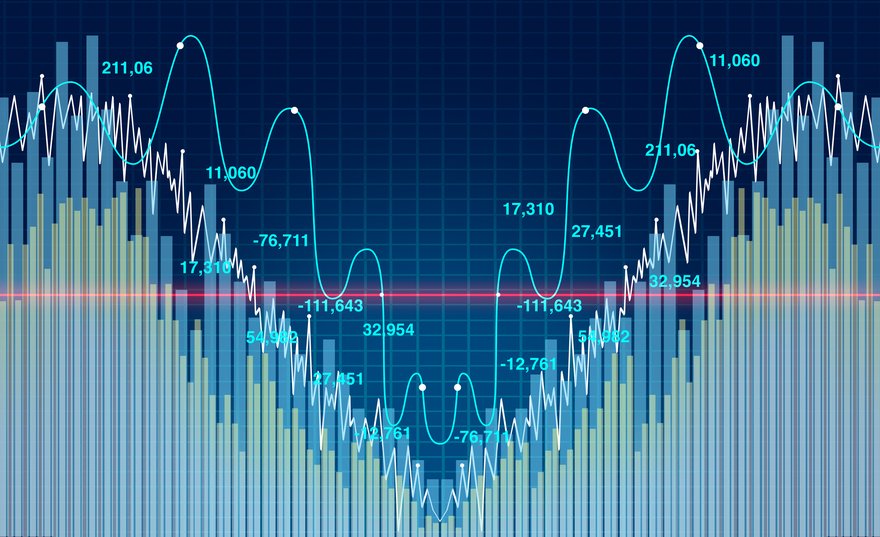 What is a cyclical stock?

A cyclical stock is one whose underlying business generally follows the economic cycle of expansion and recession. Cyclical businesses perform well during economic expansions but typically experience significantly declining sales and profits during recessions and other challenging economic times.

Cyclical stocks tend to move up and down in value alongside the market.

Best cyclical stocks to buy in 2022

The economy rebounded in 2021 following a deep recession in early 2020 caused by the pandemic. That helped drive many cyclical stocks higher. But cyclical stocks might still be volatile this year.

With that in mind, here are four top cyclical stocks that should still thrive in the coming year:

Entertainment giant Disney (NYSE:DIS) has some cyclicality to its business. Consumers reduce their spending on discretionary purchases such as vacations during a recession. That affects Disney’s parks and other consumer businesses.

However, demand tends to come roaring back when economic conditions improve. That has especially been the case during the past year as the pandemic had an enormous negative impact on Disney’s parks and movie businesses. However, with people becoming more comfortable enjoying experiences again, the company’s earnings have begun to recover. The trend should continue in 2022, making Disney a great cyclical stock to own this year.

Expedia (NASDAQ:EXPE) operates several travel websites. The company is highly dependent on economic growth. When the economy slows -- as it did during the pandemic -- fewer people book trips using Expedia’s websites.

However, with people starting to travel again, Expedia should benefit from a surge of bookings on its websites. That should boost its income and its stock price.

EPR Properties (NYSE:EPR) is a real estate investment trust (REIT) focused on owning experiential real estate such as movie theaters, ski resorts, eat-and-play locations, and other attractions. Demand for these experiences tends to decline during a recession. That can affect its tenants’ ability to pay rent, which happened in 2020 when the pandemic caused a steep recession.

Now that the economy is recovering, EPR’s tenants should benefit from pent-up demand for entertainment. A recovery should enable them to catch up on their rent, which should benefit the company and its shareholders.

Steel producer Nucor (NYSE:NUE) tends to be highly cyclical. Demand for steel ebbs and flows with the economy. When the economy is expanding, companies use more steel to construct buildings, cars, and other industrial goods. However, demand for steel tends to decline during a recession.

With the economy rebounding following the pandemic-driven recession, demand for steel has improved over the past year. Meanwhile, recent legislation in the U.S. will boost the country’s infrastructure spending in the coming years, bolstering demand for steel. These catalysts are positive for Nucor’s stock in 2022 and beyond.

It’s not practical to list every cyclical industry. However, to give you a good idea of some of the sectors prone to cyclicality, here are eight prominent and easy-to-understand examples:

Each recession and economic downturn is different. During the COVID-19 pandemic, many of the industries mentioned above -- banking and retail, for example -- have been hurt. With the pandemic forcing people to stay at home, technology stocks have performed incredibly well. Many tech companies have either been largely unaffected or actually benefited from the circumstances.

Some types of businesses, however, aren’t affected much by economic cycles. The stocks of these companies are non-cyclical and known as defensive stocks or recession-proof investments. They tend to perform similarly during both economic contractions and expansions.

Here are a few of the most prominent non-cyclical industries:

That said, the nature of a recession or downturn can have surprising effects on normally defensive holdings. Many types of REITs rely on businesses being open, so real estate stocks that might otherwise have been considered defensive have generally underperformed during the COVID-19 pandemic.

Examples of cyclical and defensive stocks

To give you some concrete ideas of the types of stocks we’re talking about, here are some common cyclical and defensive stocks:

To be clear, none of the companies on these lists are perfectly cyclical or perfectly defensive. Depending on the circumstances of a specific recession, some of the cyclical names could do relatively well. Meanwhile, the defensive stocks could see profits significantly decline. However, these are still good examples of stocks that generally behave either cyclically or defensively.

There's a reason Warren Buffett loves bank stocks. But bank stocks can take a hit alongside the economy.

Carrying everything from water to natural gas, companies here can be a low-risk investment.

Some retail stocks, like grocery companies, perform well in recessions while others, like jewelry companies, often do not.

When should you buy cyclical stocks?

In a perfect world, a viable investment strategy would be to buy cyclical stocks at the start of an economic expansion and then sell them just before a recession begins. But trying to predict the timing of a future recession or expansion is a losing battle.

It's smarter to own a combination of both cyclical and defensive stocks in your portfolio. You’ll be well positioned to prosper when the economy is growing but also will have some downside protection when the economy contracts.

What is Sector Rotations?