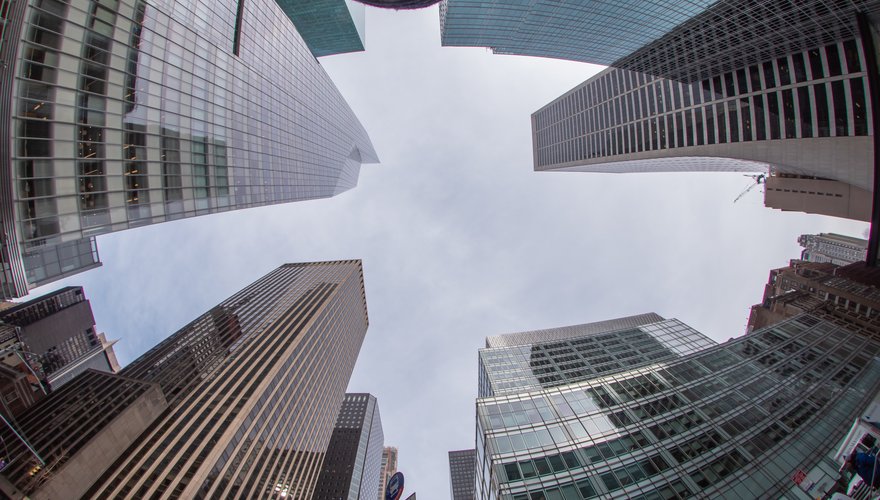 Banks can seem like complicated businesses, and they are in many ways. However, the basic ideas behind the banking industry and how these businesses make their money are easy to understand. With that in mind, here's an overview of the different types of banks, some important metrics investors should know, and three great beginner-friendly bank stocks to keep on your radar.

The three categories of banking businesses

These are obviously simplified definitions. Banks have many other ways to generate revenue. For example, many banks offer safe deposit boxes for lease to their customers, and some make money through partnerships with third-party companies. However, at their core, these are the main ways that banks make their money.

Three top bank stocks to put on your radar in 2023

Hundreds of banks trade on the major U.S. exchanges, and they come in various sizes, geographic locations, and focuses. Although there are some excellent choices for investors, here are three beginner-friendly bank stocks that could deliver excellent returns for years to come:

Bank of America has been one of the most impressive turnaround stories in the post-financial crisis era, even as falling interest rates put pressure on its profitability. In recent years, the bank increased its loan portfolio at rates well ahead of its peers, and the company has made major improvements in efficiency while building out its online and mobile technology.

Bank of America's asset quality also is excellent, and, with a relatively high concentration of deposits that don't pay interest, the bank is in a strong position to benefit from rising interest rates in the current Federal Reserve Board rate hike cycle. We're already seeing this reflected in the bank's net interest income, and management has estimated that a single percentage-point shift in the yield curve should translate to $5 billion in additional interest income per year.

Although Bank of America isn't completely immune to economic headwinds, it is in a strong position to weather most storms with a combination of an excellent retail banking operation and an investment bank that can benefit from market volatility.

JPMorgan Chase is hands-down the most profitable of the big universal banks, and it’s also the largest bank by market capitalization in the U.S. The bank has operations in just about every area of both commercial and investment banking, and it has done a particularly good job of expanding its credit card and auto loan businesses in recent years. JPMorgan Chase has also done an excellent job of embracing new technologies, and it has made some key investments in financial technology (fintech) companies.

U.S. Bancorp is primarily a commercial bank, with income from loans and other consumer banking products making up virtually all of its revenue. Not only is U.S. Bancorp (known to most Americans as U.S. Bank) focused on consumer banking, it consistently produces some of the most impressive profitability and efficiency metrics in the sector and has been an excellent dividend stock for investors.

Because it doesn't depend on investment banking, which is generally the more volatile side of the banking business, U.S. Bancorp's profitability and revenue tend to be more predictable and consistent than the other two banks on this list. Don't worry too much about U.S. Bancorp's ability to make it through the tough times unscathed. It was one of the only major banks in the country to remain profitable throughout the financial crisis.

If you're looking to invest in individual bank stocks, here are a few metrics that you might want to add to your tool kit:

The cyclicality of bank stocks

Banks can be a great place to invest, especially in strong economies. When consumers are confidently spending and unemployment is low, profits tend to grow and loan defaults are typically kept in check. On the other hand, banks tend to perform quite poorly during recessions and other uncertain times. In investing terms, this means banks are a cyclical business.

There are a couple of reasons why banks tend to perform poorly during recessions and other difficult economic climates. For one thing, they can face a wave of loan defaults if unemployment rises. Also, consumers pump the brakes on spending during recessions, which leads to lower demand for loans.

We're seeing a lot of recession fear take shape in 2022. With inflation still at a multi-decade high, there's reason to believe consumers could start having trouble paying their bills. Despite the potential for higher interest income in a rising-rate environment, this has put pressure on bank stocks in recent months since a drop in loan demand and a spike in defaults are legitimate possibilities.

As previously mentioned, some parts of investment banking -- such as trading and underwriting -- tend to do better in turbulent times. Banks such as JPMorgan Chase and Goldman Sachs (NYSE:GS) that have large investment banking operations could be helped by tough times, while banks that largely focus on commercial banking, such as Wells Fargo (NYSE:WFC), could be at a temporary disadvantage.

Berkshire Hathaway (NYSE:BRK.A)(NYSE:BRK.B) CEO Warren Buffett is known as one of the best stock investors of all time. During his 58 years at the helm of the company, Buffett has delivered annualized returns more than double those of the S&P 500, and the investments he’s chosen for Berkshire’s massive stock portfolio over the years are a good reason why.

If you take a glance at Berkshire’s stock portfolio, you’ll notice one major trend: Buffett owns quite a few bank stocks. Berkshire owns stakes worth $1 billion or more in five different bank stocks, including more than 12% of Bank of America, more than 20% of American Express (NYSE:AXP), and a large position in U.S. Bancorp.

Insurance companies can produce great returns no matter what the economy.

7 Blockchain Stocks to Invest In

The bottom line on bank stocks

Although it’s not necessarily a smart idea to buy any particular stock just because a billionaire owns it (even Warren Buffett), there does appear to be some value in the banking industry if you're a patient, long-term investor who can tolerate some short-term volatility. So if you don’t have much exposure in your portfolio, one or more of the rock-solid banks discussed here could be a good fit for you.

How do banks make money?

The short answer is yes. Bank stocks are generally affected by recessions for a couple of reasons. First, interest rates tend to fall during recessions. Second, and more important, unemployment tends to rise during recessions, and more consumers run into financial trouble.

However, the longer answer is that every bank is different. Consumer banking (taking in deposits and lending money) is highly cyclical, and this is especially true for banks that specialize in riskier forms of lending such as credit cards. On the other hand, investment banking tends to do even better during turbulent times, so banks that have large investment banking operations tend to see profits hold up quite well.

How do you analyze bank stocks?

When trying to analyze a particular bank stock, it's a good idea to focus on four main things:

Best Stocks To Invest In: February 2023

Why American Express Jumped 18% in January

How to Buy Bank Stocks