Warren Buffett and his holding company Berkshire Hathaway (NYSE:BRK.A)(NYSE:BRK.B) are giants. Berkshire Hathaway became a leading conglomerate because of Buffett's investing and its business-savvy ways. Buffett's track record could continue to improve due to the potential for several of his top stocks to outperform.

In his latest letter to Berkshire shareholders, Buffett wrote that he and his investment team "find little that excites us" in the stock market. However, little isn't the same as nothing at all.

Berkshire actually bought positions in three new stocks in the fourth quarter of 2021. He also mentioned at the company's annual shareholder meeting on April 30, 2022, and in subsequent interviews that Berkshire has bought stocks during the first quarter of 2022.

The purchase of about $975 million of Activision Blizzard (NASDAQ:ATVI) shares stirred up some controversy. That's because Berkshire bought the shares shortly before Microsoft (NASDAQ:MSFT) announced that it was acquiring the gaming company.

Buffett later released a letter to several journalists explaining that Berkshire didn't know anything about Microsoft's plans when it bought Activision stock. He also clarified that the purchase decision was made by one of his investment managers.

Another Liberty SiriusXM Group (NASDAQ:LSXMA) subsidiary is also now part of Berkshire's portfolio. Berkshire bought a new position in Liberty Media Formula One Series C (NASDAQ:FWONK) in the fourth quarter of 2021. The business is also known as Formula One Group, which owns the exclusive rights to the famous Formula One World Championship race car competition. Formula One Group also has other assets, including the Atlanta Braves baseball team.

Buffett has liked bank stocks for a long time. He didn't lead Berkshire to increase positions in any of the banks in the company's portfolio. However, Berkshire did buy a little more than $1 billion worth of Nu Holdings (NYSE:NU), which operates a digital banking platform in Latin America. 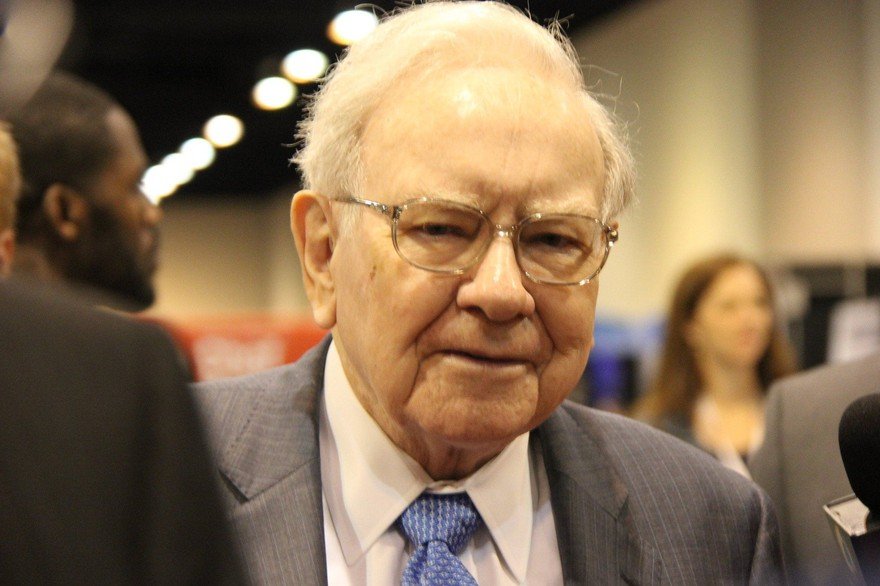 In the fourth quarter of 2021, Buffet directed Berkshire Hathaway to increase its existing stakes in these four companies:

Although Berkshire hasn't submitted its regulatory filing identifying stocks purchased in the first quarter of 2022, we know that there has been some activity. Buffett stated in Berkshire's latest shareholder meeting that the company now owns around 9.5% of Activision Blizzard.

Berkshire's submission of its first-quarter results to the U.S. Securities and Exchange Commission revealed that the company added to its position in Chevron and initiated a large new position in Occidental Petroleum (NYSE:OXY) in the first quarter. Buffett also said in an interview with CNBC on May 1 that Berkshire bought another $600 million of Apple (NASDAQ:AAPL) stock in Q1.

While Buffett likes buying partial interest in publicly traded companies, he loves purchasing great companies outright. Berkshire could soon land yet another "elephant" with the pending acquisition of property and casualty insurer Alleghany (NYSE:Y) for $11.6 billion. This deal appears to be in a good position to move forward. No other company made an offer to buy Alleghany during the "go-shop period" when other bids were solicited.

In the fourth quarter of 2021, Buffett trimmed Berkshire Hathaway's positions in multiple stocks, including three pharmaceutical stocks and a couple of credit card giants:

And, while Buffett's favorite holding time typically is "forever," he opted to completely close Berkshire Hathaway's positions in two stocks during the fourth quarter of 2021: SiriusXM Holdings (NASDAQ:SIRI) and Teva Pharmaceutical (NYSE:TEVA).

Berkshire Hathaway owns positions in more than 40 stocks. Here are the holding company's top 10 stocks, ranked by the value of the holding:

Data source: Berkshire Hathaway 13F-HR filings. Valuations current as of the time of writing. *Number of shares owned as of Dec. 31, 2021, as reported in 2021 annual letter to shareholders.

There's a glaring gap between the values of the No. 1 and No. 2 stocks in the Berkshire Hathaway portfolio. In the top spot, Apple is such a massive holding that Buffett has referred to the technology giant as Berkshire Hathaway's "third-largest business" after its fully owned insurance and railroad businesses. Buffett has also described Apple as "probably the best business I know in the world."

As Berkshire Hathaway's second-largest position, Bank of America especially stands out because Buffett has reduced the positions of most of his bank stocks in recent quarters. The financial services leader continues to benefit from its investments in technology, including mobile apps.

Why Is It Important to Invest in Stocks?

Investing in stocks has both benefits and risks. Learn about both.

Exchange-traded funds let an investor buy lots of stocks and bonds at once.

While it can certainly be interesting to keep track of what Buffett and other billionaire investors are buying and selling, it's never a smart idea to jump into a stock just because someone else does, even if that someone else is the Oracle of Omaha.

Having said that, looking at Berkshire Hathaway's stock portfolio can give you plenty of stock ideas to investigate further and determine what is suitable for your portfolio based on your own risk tolerance and investment objectives.

My Top Tech IPO to Buy in August