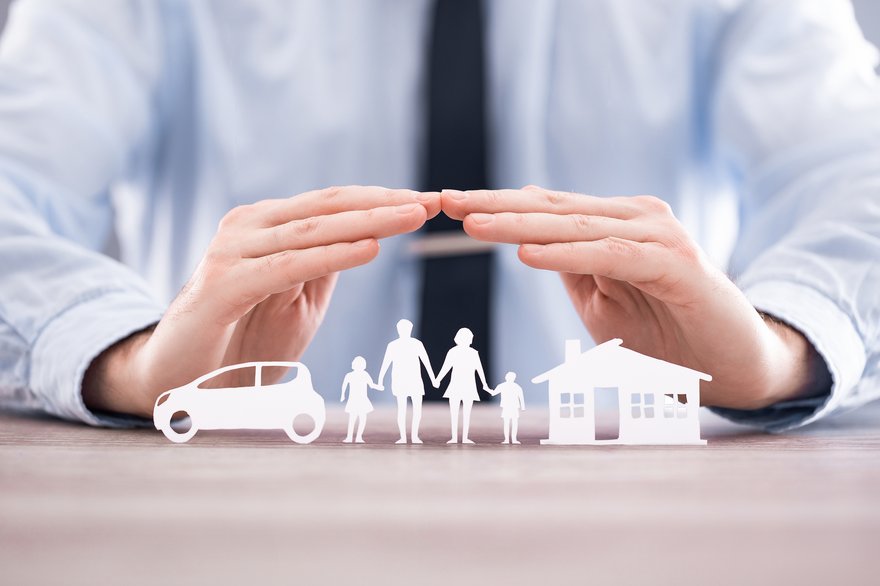 Insurance stocks can make a great addition to any investor’s stock portfolio. Not only does the insurance business have the potential to produce excellent long-term returns, but it’s also a business that works in good times and bad.

With that in mind, here’s an overview of how the insurance business works, some important concepts to know, and three insurance stocks that investors should keep on their radar in 2023 and beyond.

MetLife is a great option for investors who want some insurance exposure. It’s the largest U.S. life insurer, and it also has a huge retirement solutions business. MetLife has an easy-to-understand business model and a history of strong returns on equity. Plus, the company pays one of the highest dividend yields of its peer group, which can significantly boost total returns over time.

Life insurance is also a relatively recession-resistant business, as illustrated by the fact that MetLife outperformed the S&P 500 by 20 percentage points through the first six months of 2022 during a market downturn.

Markel is a specialty insurer, choosing to insure unusual risks, which is a much-needed business in both strong economies and recessions. Not only does Markel typically run a nice underwriting profit, but the company has an interesting investment strategy.

Instead of solely focusing on safe investments, such as high-grade bonds, Markel puts about one-third of invested assets in publicly traded stocks and also buys entire businesses through its Markel Ventures segment. For this reason, Markel is often described as a smaller-scale version of Berkshire Hathaway (NYSE:BRK.A)(NYSE:BRK.B), which happens to be Markel's largest stock investment.

When you’re looking for beginner-friendly stocks, it’s often a smart idea to stick with industry leaders, such as top U.S. health insurer UnitedHealth. The company serves more than 75 million people worldwide and has one of the best net margins in the industry. In addition to its core UnitedHealthcare business, the company also owns Optum, which provides technology, analytics, and more to the healthcare and pharmaceutical industries.

UnitedHealth also has a track record of shareholder-friendly management. It’s increased its dividend every year since 2010 and spends billions on share buybacks. Over the 10-year period through mid-2022, UnitedHealth has delivered 900% total returns for investors, more than triple the S&P 500 production during the same period.

Warren Buffett chose the insurance industry as the backbone of his empire.

One of the most important things to understand before buying any stock is how the company makes its money. This sounds simple, but it’s frequently misunderstood when it comes to the insurance industry.

The second, and more important, way insurance companies make money is by investing the money they take in before it is paid out for claims. This money is known as the float. Most insurers invest their float in safe places, such as high-quality bonds, but some choose to be a little more adventurous and buy other types of investments.

Obviously this is a simplified explanation. Insurance companies have other ways to generate revenue, and two of the companies discussed in this article have substantial non-insurance operations as well. But this is the main idea behind how the business works.

To analyze insurance stocks, most standard metrics work, such as return on equity (ROE) and net margin. However, there are three insurance-specific profitability metrics that you should know before getting started: 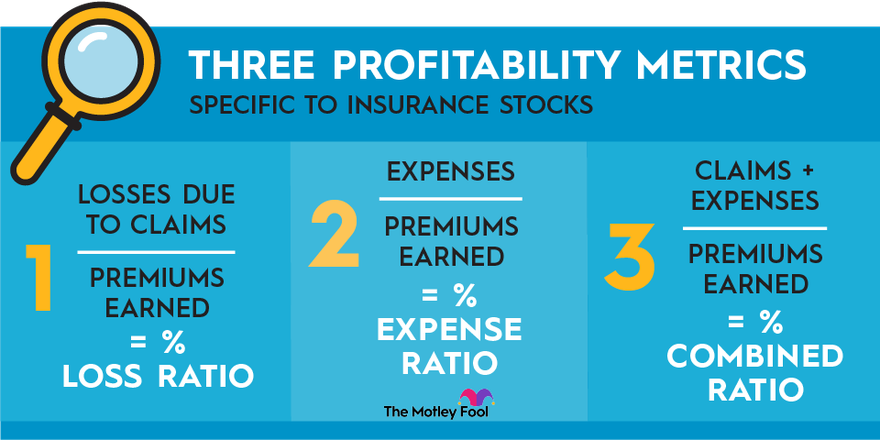 Like most industries, insurance companies can be divided into subcategories, so here’s a quick explanation of the main types of insurers and what they do:

Banks may seem complicated, but the way they make money is pretty straightforward.

7 Blockchain Stocks to Invest In

These companies pay their shareholders regularly, making them good sources of income.

Insurance companies have highly attractive economics. Other people give them money to hold onto until a claim needs to be paid, and the insurer can invest this money for its own benefit in the meantime. This is why Warren Buffett is so attracted to insurance and chose it as the backbone of Berkshire Hathaway’s empire.

Insurance is a recession-resistant business as well. We've seen this play out in 2022 as the S&P Insurance index outperformed the broad market S&P 500 by 13 percentage points through the first half of the year. During tough times, people still need to maintain auto and homeowners coverage, for example. In short, insurance is a business that can produce excellent long-term returns without too much volatility.

How do insurance companies make money?

Insurance companies make money by both charging premiums to the insured and investing the insurance premium payments. Sounds simple, right? It both is and isn't. Every insurer makes a significant portion of its revenue by underwriting, which is basically charging a fee (called a premium) for taking on financial risk. What do insurers do with the often huge sums of cash generated by premium payments? The companies put some aside in reserve to ensure that they'll have enough to pay all claims anticipated over the near term. But then they invest the rest of the money. Investment income tends to be a lot smaller than underwriting revenue.

What are the best insurance companies to invest in?

What are the best health insurance stocks?

Top five health insurance stocks in terms of market cap (the size of the company calculated by the shares outstanding multiplied by the share price):

Why Allstate Stock Sank by Almost 10% This Week